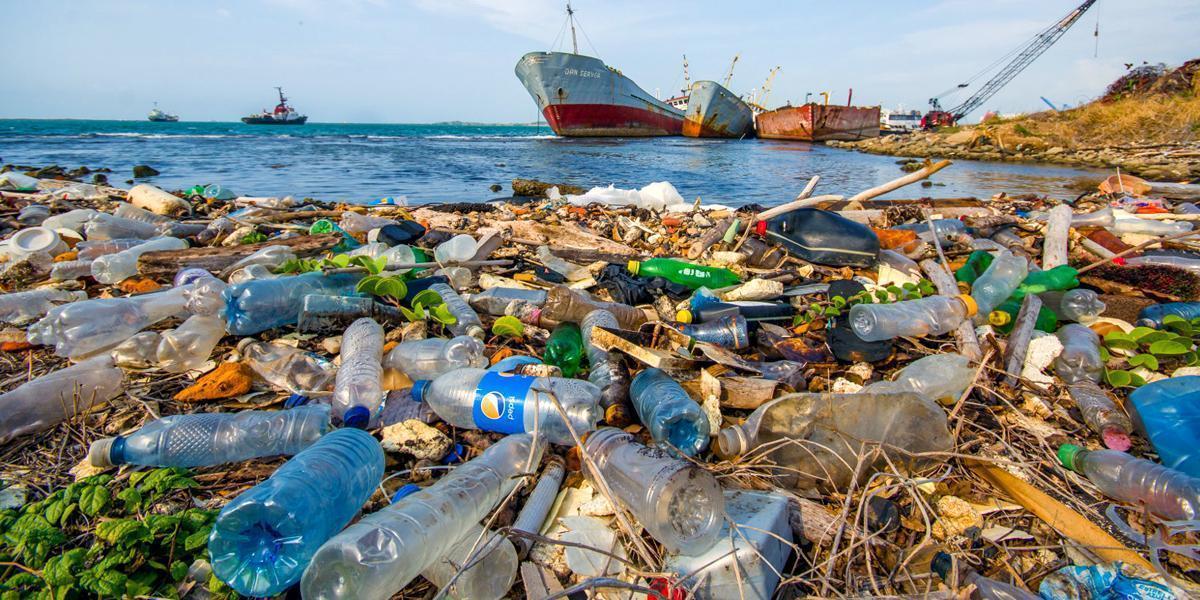 The Ocean Cleanup, the Dutch foundation aiming to eliminate ocean plastic, unveiled Thursday a major design update to its highly vaunted cleanup system and announced that the technology will be deployed in the Great Pacific Garbage Patch in the first half of 2018, two years ahead of schedule.

Boyan Slat, the 22-year-old founder and CEO of the nonprofit, said at a presentation in the Netherlands that a “technological breakthrough” has allowed the project to be cheaper and more effective than originally anticipated.

The original design involved massive floating barriers fixed to the seabed that passively corrals plastics with wind and ocean currents.

But the new design involves “a fleet of many smaller systems” that will not be attached to the seabed, Slat
said. The AFP reports that each of up to 30 smaller barriers will measure about one to two-kilometers in length.

The updated system will be weighed down by specially designed drifting sea anchors.

Slat said that the first system is already in production in California.

Earlier this month, the Ocean Cleanup announced that it raised $21.7 million in donations since last November, bringing the startup’s total funding since 2013 to $31.5 million.

“At The Ocean Cleanup we are always looking for ways to make the cleanup faster, better and cheaper. Today is another important day in moving in that direction,” Slat commented. “The cleanup of the world’s oceans is just around the corner.”

While large-scale trials will be initiated in the Pacific Ocean later this year, Slat noted that the cleanup technology is still experimental in nature.

“Due to our attitude of ‘testing to learn’ until the technology is proven, I am confident that—with our expert partners—we will succeed in our mission,” he said.

Six years ago, a then-17-year-old Slat inspired many and made headlines around the world with his ambitious vision of ridding the world’s oceans of plastic pollution.

Some experts, however, have pointed out that the system has technical limitations and can potentially cause harm to marine life, as Science reported.

Marcus Eriksen, research director and co-founder of The 5 Gyres Institute, explained to EcoWatch that the best way to solve the world’s ocean plastic problem is to prevent trash from getting there in the first place.

“If you pay attention to the conversations that are being had around the world, it’s all about solving the problem far ashore where it starts,” Eriksen said via email. “No one is really talking about ocean cleanup. Amazingly, the ocean spits out much of what goes in. Consider that much less than 1 percent of the estimated plastic that historically entered the ocean is still there. In the ocean plastic UV degrades, shreds, sinks or gets washed ashore. It doesn’t stick around in the gyres forever.”

“If you’re going to clean up the ocean, you’ve got to follow the currents to know where to go, and the published science on where to find trash tells us to stick to the shore, or at river mouths,” he said. “But that’s not as sexy a story as giving the world a silver bullet fix that will make the problem simply go away.”

Eriksen added that there are far simpler and cheaper ocean cleanup programs that are already in place.

“There is some logic to limited ocean cleanup, and the best bang for your buck is to incentivize the fishing industry to grab the old nets and rope they see floating around,” he said. “These ‘Fishing for Litter‘ campaigns are already in place and working well.”