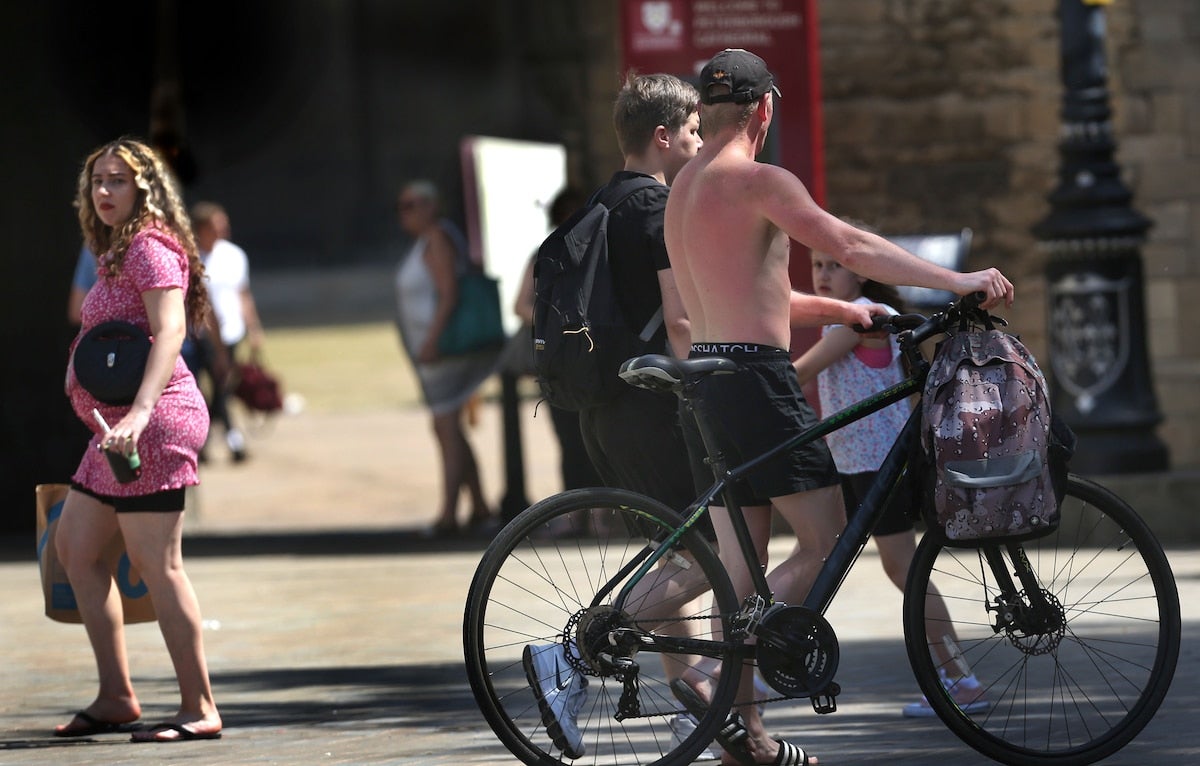 Skin Cancer is the most common type of cancer in the world, according to The Skin Cancer Foundation (SCF). Most cases of melanoma can be attributed to exposure to ultraviolet (UV) radiation from the sun, and excess exposure increases the risk of all types of skin cancer.

The climate crisis is causing higher temperatures in the summer and, according to experts, this will cause an increase in skin cancers, including melanoma, the most serious type of skin cancer.

The UK heat wave is just one example of global heating, and climate scientists have said it was not a one-time occurrence; increased temperatures are likely to happen more often, reported The Guardian.

Doctors are now concerned that, as temperatures rise, if people spend more time outdoors in the sun their UV exposure and risk of skin cancer will go up.

“One of the clearest signals of climate change is hotter temperatures, not just in summer, but all year around,” said climate science expert at the University of Bristol professor Dann Mitchell, as The Guardian reported. “This shift in temperatures also shifts behavioural patterns, and people in the UK tend to go outside more when the temperatures are warm. This leads to more exposure to sunlight throughout the year, and crucially more exposure to the UV part of that sunlight, which is a known risk factor for skin cancer.”

Julia Newton-Bishop, who is a leader of the melanoma research group at the University of Leeds, expressed concern that, since melanoma is essentially caused by sunburn, the extreme heat will cause more sunburns and an increase in cases of melanoma.

In 2020, the most cases of melanoma in the world were found in Australia, the World Cancer Research Fund International said, as reported by The Independent.

Since the early 1990s, the occurrence of skin cancer in the UK has gone up by 140 percent.

Among men, skin cancer deaths in the UK have increased threefold since the 1970s, The Guardian reported. Increases were also reported among women.

Even getting a sunburn one time every two years can result in three times the skin cancer risk, said Chief Executive of Cancer Research UK Michelle Mitchell, as reported by The Guardian.

Professor Mitchell said that the climate crisis was causing long-term health issues that weren’t being talked about enough.

“This is because we cannot say a specific heatwave caused a specific cancer. Rather, we link the increased risk of cancer to the integration of many warmer days, with these warmer days made more likely due to human-induced climate change,” Mitchell said, as The Guardian reported.

Professor of Medical Oncology at the University of Sheffield Sarah Danson said basic steps to reduce exposure to the sun include wearing hats and shirts, avoiding the sun entirely from 11 a.m. to 3 p.m., wearing sunscreen and sitting in the shade. Danson said a doctor’s advice should be sought right away concerning any new or changing mole, since early diagnosis of skin cancer is key.