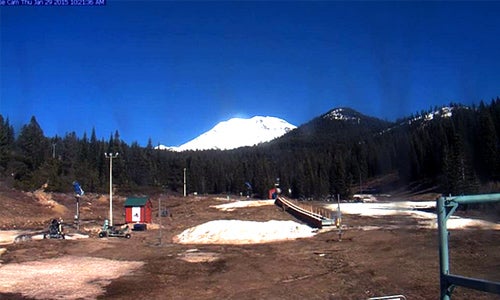 As we all know, California is experiencing its fourth year of extreme and exceptional drought. Scientists have confirmed it’s the worst drought in the region in the last 1,200 years. Thankfully, Secretary of the Interior Sally Jewell announced on Feb. 6 that the Bureau of Reclamation is “making $50 million in funds available for drought relief projects throughout the West—including nearly $20 million for California’s Central Valley Project.” 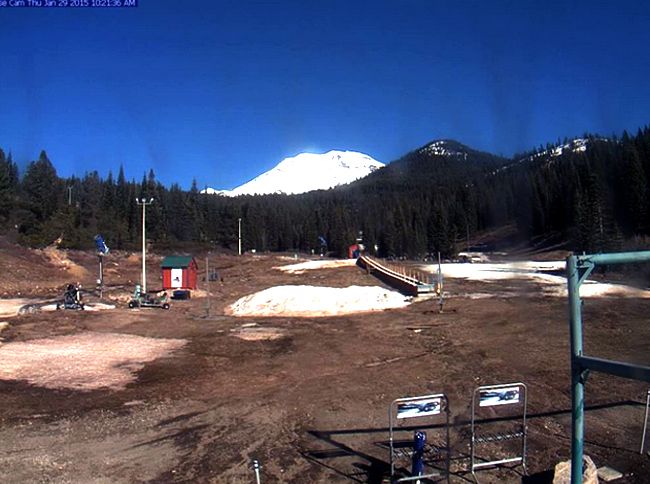 Mt. Shasta Ski Park has shut down “until the next storm comes in,” according to its website.

“California’s ongoing drought is wreaking havoc on farmers, ranchers, municipalities, tribes and the environment,” said Secretary Jewell. “With climate change, droughts are projected to become more intense and frequent in many parts of the West, so we need to pursue every measure to provide relief and support to communities who are feeling the impacts.”

Secretary Jewell made the announcement after a meeting with California’s Governor Brown to discuss the Obama Administration’s “all-in” approach to the drought in California.

Outdoor recreation enthusiasts hope these measures help alleviate the crisis because winter sports especially have taken a hard hit from the drought. Ski areas and resorts in Southern California haven’t been able to open or have struggled to stay open for the past several years. But it’s not just Southern California where the skiing is getting dicey. Central and northern parts of the state, including the famed Tahoe ski resorts, are floundering this season, too.

Many parts of Central and Northern California had their driest January (usually California’s wettest month) on record, according to the latest summary from the U.S. Drought Monitor. The California Department of Water Resources (CDWR) reported that at the end of January, the snowpack was “dismally meager” at 25 percent of the historical average statewide and as low as 11 and 12 percent in some areas. Washington and Oregon remained dry as well. 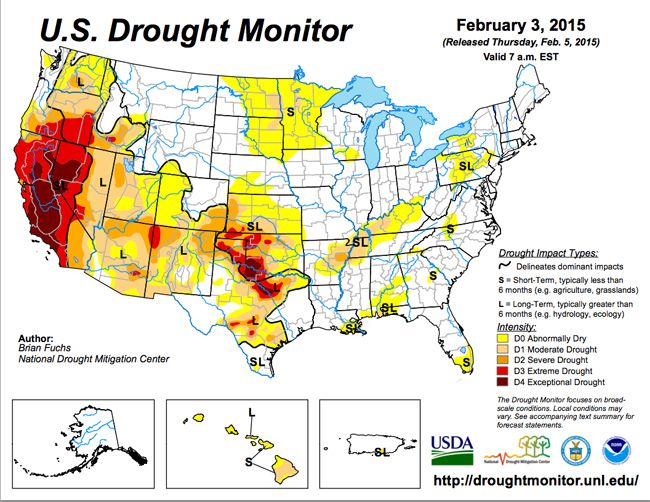 The little precipitation that these states have seen falls as rain even in higher elevations due to warmer than average temperatures, making it likely that California’s drought will run through a fourth consecutive year. Photo credit: U.S. Drought Monitor

The little precipitation that these states have seen falls as rain even in higher elevations due to warmer than average temperatures, said the U.S. Drought Monitor. The snowpack is so crucial because, “in normal years, it supplies about 30 percent of California’s water needs as it melts in the spring and early summer,” according to CDWR. Unfortunately, CDWR’s snow survey shows that California’s drought will likely continue for a fourth consecutive year. 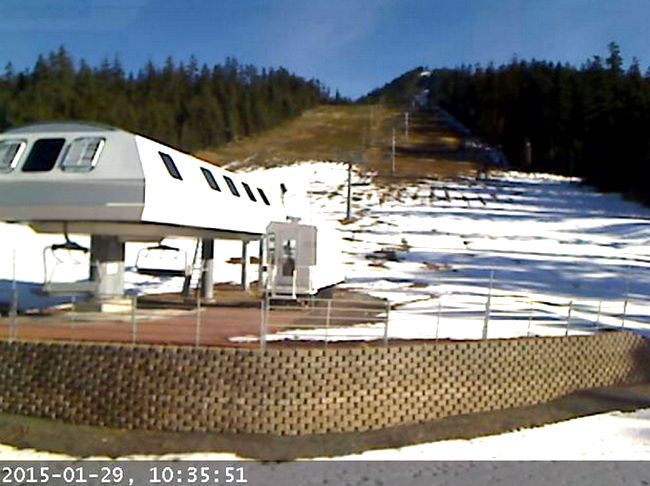 Willamette Pass Resort in Oregon has suspended its operations due to lack of snow.

Even ski areas and resorts in northern climes, such as Mt. Washington Ski Resort on Vancouver Island, are closing due to lack of snow. That’s the second year in a row that Mt. Washington was forced to close early. Hemlock Ski Resort near Vancouver won’t even open this season. Eaglecrest Ski Area near Juneau, Alaska halted lift operations until they receive enough snow to open at least part of the upper mountain. That’s right, a ski area in Alaska is closed due to insufficient snow. 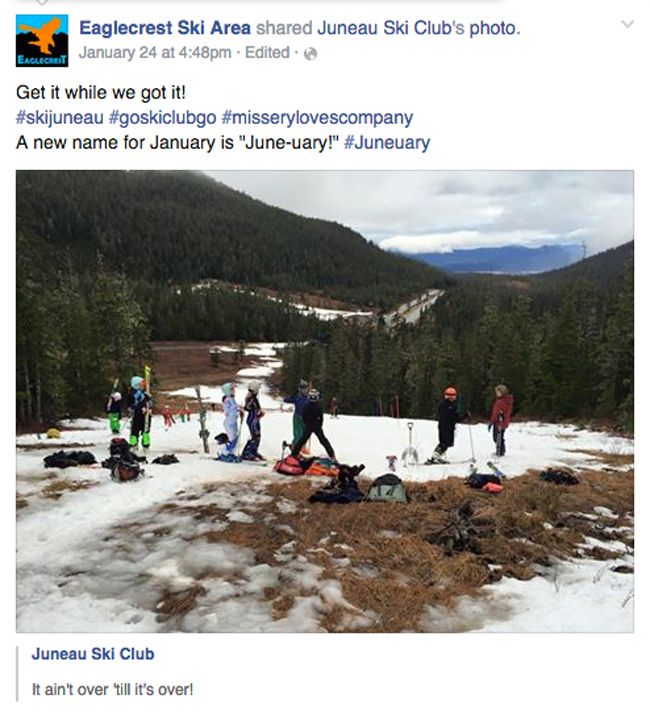 Before they suspended operations, die-hard skiers tried to make the most of the snow they did have at Eaglecrest Ski Area.

Other resorts are barely hanging on. Homewood Ski Resort in Lake Tahoe has shut down all but two bunny hill rope tows. Mt. Ashland Ski Area in Oregon reopened Saturday after closing in mid-January. It reopened because the area finally received its first significant snow storm of the season, according to NPR’s Here and Now. Unfortunately, “even if a record-breaking snowstorm were to hit, experts say there would still be good chance of severe drought” for much of Oregon, according to David Nogueras of Here and Now.