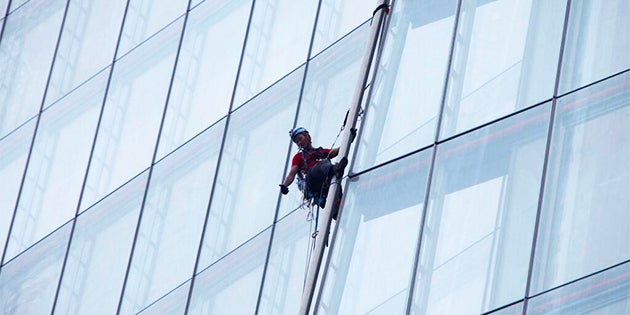 Climbers from Greenpeace successfully scaled the Shard in London, Europe’s tallest skyscraper, yesterday in protest against Shell’s plans to drill for oil in the Arctic.

Six women began a bold “free climb” to the top of the building at 4:20 a.m., yesterday morning. 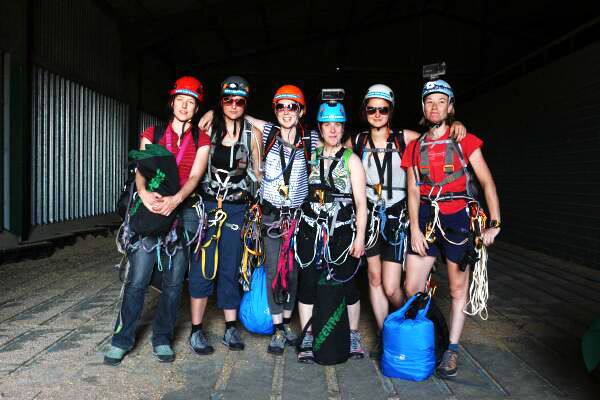 When they reached the summit, at a height of 310 meters, they raised a huge banner proclaiming, “Save the Arctic.” 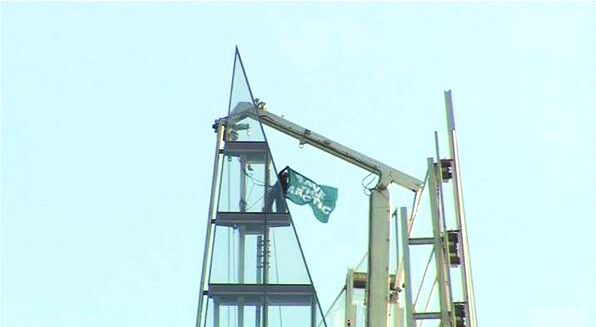 Greenpeace say the Shard was chosen because it sits in the middle of Shell’s three headquarter offices.

The building itself is modeled on a shard of ice, representing the pristine Arctic environment that is being threatened by attempts to exploit the region for fossil fuels.

Greenpeace and 1 million of their supporters are calling for a moratorium ban on oil and gas exploration in the Arctic as the region opens up due to increasing ice melt caused by global warming.

They hoped to get 1000 more signatures on their Arctic petition for each meter the women climbed and have massively surpassed their target. 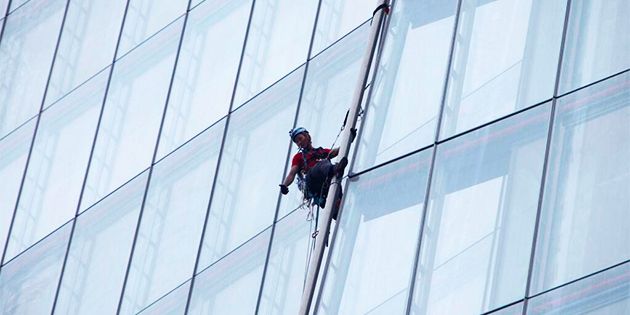 Ahead of the action, Victoria Henry, one of the climbers said:

“It’s going to be really hard work, it’s going to be nerve-shredding for all of us and we may not succeed, but we’re going to do everything we can to pull it off. Millions of people have called on Shell to get out of the Arctic but they’re still trying to drill there anyway.

Despite Shell’s claim that they are well prepared for Arctic operations, evidence would suggest otherwise.

The oil major has developed a history of mishaps during its preliminary explorations and tests, drillships have slipped their moorings and been lost at sea, safety equipment has failed and the fierce Arctic conditions have forced their retreat.

New documents revealed earlier this week show that even in the comparatively safe waters of the North Sea Shell cannot operate without a steady trickle of oil and other polluting chemicals leaking out into the sea.

Not to mention the odd catastrophe, such as the gas leak on Brent B platform which killed two rig workers in 2003 and led to a court case where the oil giant was found guilty of safety lapses.

SHARE YOUR THOUGHTS BELOW: What will you do to save the Arctic?