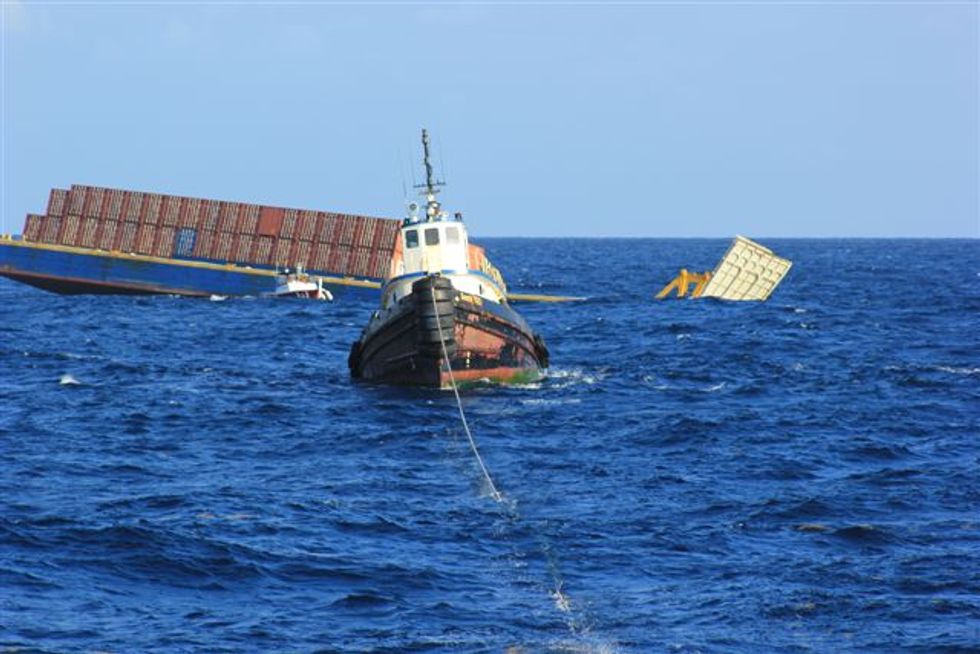 Oceana, the largest international advocacy group working solely to protect the world’s oceans, expressed deep concern Nov. 10 about a sinking barge as long as a city block, Sante Pax, offshore of Miami, Fla. While Oceana is thankful that the entire crew is now safely on land, it is questioning what can be done to minimize the impacts it will have on a recently protected deep sea coral reef.

“It is horrifying to think about this giant barge and the dozens of shipping containers it was carrying crushing these century-old corals,” said Margot Stiles, a marine scientist at Oceana who has been working for several years to protect these sensitive corals. “The U.S. government must do everything it can to limit the damage and require the responsible parties to pay for the clean-up.”

In June of 2010, the South Atlantic Fishery Management Council, which is responsible for ocean management throughout the Southeast, approved a measure to protect more than 23,000 square miles of known deep sea corals ranging from North Carolina to Florida, including hundreds of pinnacles up to 500 feet tall. The protection closed this area to bottom trawls and other destructive fishing gear, which threatened the reef. Although current regulations prevent any anchor, net or dredge from touching the coral, the Sante Pax is likely to land directly on top of the largest known continuous deep sea coral reef in the country.

“We urge the involved parties to salvage all materials possible,” said Stiles. “Now that the crew is rescued, we must begin to worry about the long-term impacts this event will have.”

Containers weighing at least 5,000 lbs. each have been falling off the ship since it lost power and began drifting through the area more than a week ago.

This reef is built by several species of coral that have been documented by scientists since the 1970s using submarines and undersea robots. Fishermen catch plentiful golden crabs and royal red shrimp in the area, animals that use the reef as a nursery and feeding ground. Recent reports suggest the ship is currently sinking near two of the most important sites within the protected area, where commercially valuable wreckfish gather in large numbers to spawn.