Why Are Large Sinkholes Opening in the Arctic Seabed? 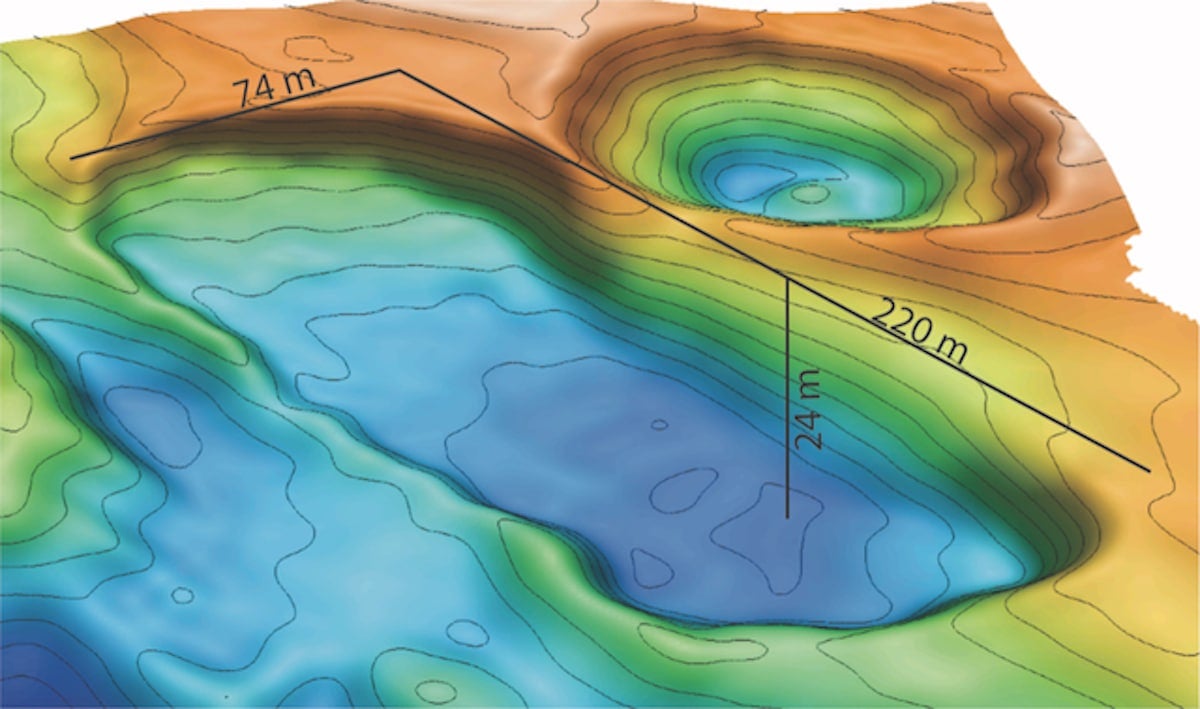 Something unusual is happening in the depths of the Arctic ocean: sinkholes are opening up on the seabed, some as large as a city block!

This discovery, published in the Proceedings of the National Academy of Sciences on Monday, was based on high-resolution bathymetric surveys of the Canadian Beaufort Sea.

“We know that big changes are happening across the Arctic landscape, but this is the first time we’ve been able to deploy technology to see that changes are happening offshore too,” study co-leader and Monterey Bay Aquarium Research Institute (MBARI) geologist Charlie Paull said in a press release.

Scientists have observed that Arctic permafrost above sea level is thawing because of the climate crisis and opening sinkholes on land that damage infrastructure and harm Indigenous communities. For example, instability linked to melting permafrost may have been partially responsible for a massive oil spill in a Russian river in 2020. However, not all Arctic permafrost is above the ground. Some of it was submerged by melting glaciers and sea level rise at the end of the last ice age some 12,000 years ago.

Until now, it hasn’t been possible to directly observe this permafrost, but a combination of sonar and autonomous mapping robots has allowed scientists to get a sense of what the permafrost beneath the Beaufort Sea looks like.

When they first began surveys in 2010, the researchers found a rough patch about 110 miles offshore, which corresponded to the former edge of the Pleistocene permafrost, Live Science reported. To try to understand the reason for the rough spot, they surveyed the area with robots in 2013 and 2017 and with sonar in 2019. They discovered that during this time new craters emerged in the seabed. The largest was 738 feet long by 312 feet wide by 92 feet deep. That’s as large as a city block containing a six-story building, according to MBARI.

Siberian permafrost researcher Evgeny Chuvilin, who was not involved with the study, said that the pace of change was surprising.

“Permafrost degradation is a slow process. We’re usually talking about centimeters per year. This here is more than merely degradation, it’s also a qualitative change. So, I would say that yes, it is unexpected to see,” Chuvilin told CNN. “Hypotheses had been voiced in the literature concerning the possibility of such processes, but this is the first time they have been directly observed.”

Unlike the thawing of above-ground permafrost, the researchers don’t think these sinkholes are caused by human-generated climate change. Instead, they think it is part of a longer-term process begun during the last ice age.

“Heat carried in slowly moving groundwater systems is contributing to the decay of submerged permafrost, creating large sinkholes in some areas and ice-filled hills called pingos in other areas,” Paull told CNN.

However, Paull noted that the Arctic overall is changing rapidly because of human activity.

“While the underwater sinkholes we have discovered are the result of longer-term, glacial-interglacial climate cycles, we know the Arctic is warming faster than any region on Earth,” Paull said in the press release. “As climate change continues to reshape the Arctic, it’s critical that we also understand changes in the submerged permafrost offshore.”