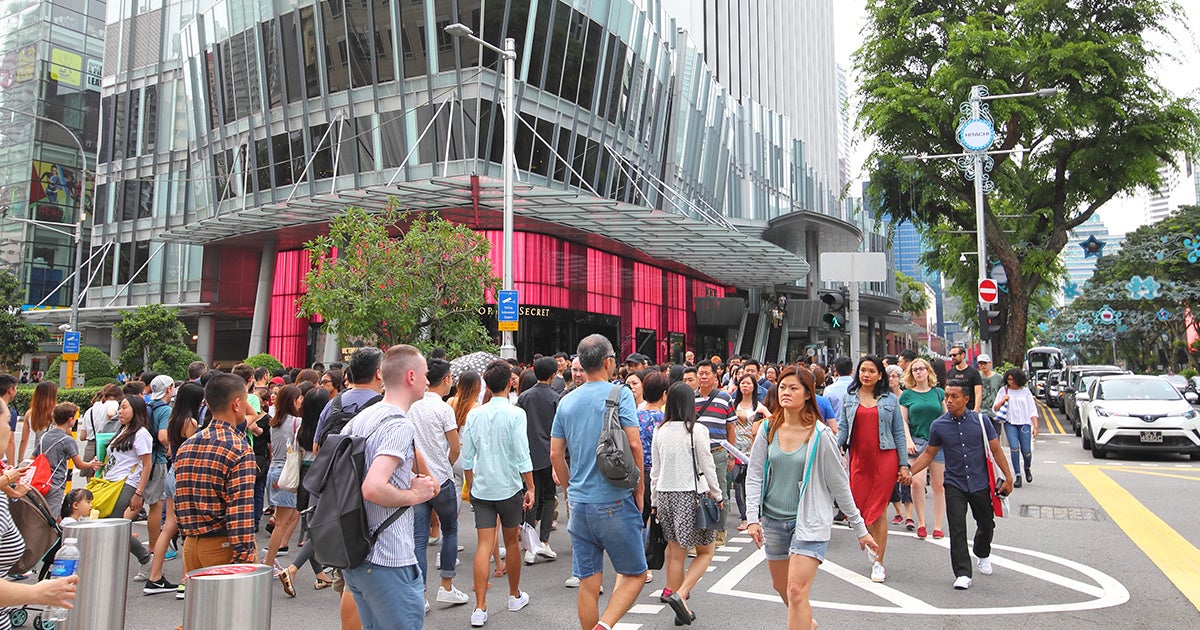 On Jan. 1, Singapore introduced a “no smoking zone” along a three kilometer (approximately 1.9 mile) stretch of Orchard Road—one of the city’s busiest shopping districts. It sounds controversial—restricting people’s right to smoke in public spaces, as a way of tackling air pollution and improving public health. But smoking is not actually banned down the length of Orchard Road: instead, smokers will be concentrated in 40 designated smoking areas, spaced 100 to 200 meters (approximately 330 to 660 feet) apart.

Air pollution is a major challenge for cities around the world, as it’s a significant cause of death and ill-health. City dwellers have a hard time avoiding the impacts of poor air quality, and children, the elderly and people with preexisting medical conditions are most vulnerable.

Air pollution directly affects business productivity and education, through sickness and loss of working days, and it can discourage inward investment and economic growth. So cities face a substantial penalty for poor air quality, before even accounting for additional public health costs.

Clearly, any attempt to develop solutions should be welcomed. But Singapore’s no smoking zone is an odd intervention, because it doesn’t seem to respond to the nature of urban growth, which requires an integrated approach across many different systems—from transport, to industry, to healthcare—to avoid its more perverse consequences.

The Root of the Problem

Cities are hubs of creativity and economic activity, but every act of consumption and transportation contributes to environmental pollution. One of the basic strategies for dealing with air pollution involves diluting and dispersing pollutants.

The no smoking zone simultaneously displaces smoking and concentrates it within small smoking areas. The level of pollution caused by each of these areas will be influenced by the environment around it, so ideally these environments will help to dilute and disperse smoke. For example, the density and height of buildings affects wind flows, which can help disperse pollution. Street canyons—consisting of similar rows of mid and high-rise buildings—inhibit dispersal.

Structures of different heights create a rough surface, encouraging more air mixing and leading to increased dispersion and dilution. Green infrastructure—that is, the network of natural features and spaces in a given area—can also act as a barrier between sources of pollution, roads and designated smoking areas and people.

But none of this will address the root of the problem. Most air pollution comes from the industrial and domestic burning of fuel for heating and cooling, electricity and transportation. Road transport emissions are the most important sources of urban air pollution, as petrol and diesel engines emit reactive oxides of nitrogen (NOx), and microscopic particulate matter (PM). The wear and tear of brakes and tires, as well as road dust, are also important sources of PM. In strong sunlight, NOx reacts with other compounds to form ozone, a highly toxic pollutant at ground level.

Secondhand cigarette smoke significantly affects air quality in areas frequented by pedestrians, but this is only one ingredient in a very potent cocktail of pollutants. The World Health Organization recommends that a no smoking policy be introduced for areas suffering from secondhand smoke. Long-term exposure to the micro-plumes of smoke which come from people who smoke cigarettes may result in the inhalation of cancer-causing chemicals from tobacco, including nitrosamines.

For Singapore, the challenge is that herding smokers into the 40 designated areas might result in a concentration of micro-plumes. City leaders will urgently need to conduct detailed analysis of the localized impacts on air quality linked with each of these designated areas. This research could then inform any changes to the location and design of the designated areas, including enhancing green infrastructure.

But the no smoking zone can’t be the only thing Singapore’s authorities do to tackle air pollution. There needs to be an integrated approach, which reconfigures the entire design of each streetscape across the city, to encourage the mixing, dispersion and dilution of pollutants and maximize the quality of the local environment, with an emphasis on green infrastructure and separating people from pollutant sources. Any effective air quality policy must also encourage the use of environmentally friendly public transport, and the shift towards electric vehicles.

The problem with Singapore’s no smoking zone will not be enforcement, but in ensuring that this is part of an integrated approach intended to minimize atmospheric pollution. The danger for Orchard Road is that the policy may intensify the problem and the health results through concentration rather than dispersion.

All cities must develop effective solutions to air pollution. For many cities air quality policy enforcement is a major problem. For all cities the primary challenge is to avoid isolated policy interventions intended to address one air quality problem. The critical issue is to develop a much more politically challenging integrated or holistic approach to enhancing the quality of city living.

John Bryson is a professor of enterprise and competitiveness at the University of Birmingham.