Signing Polluter-Friendly TPP Trade Deal Is Gambling Away Our Future 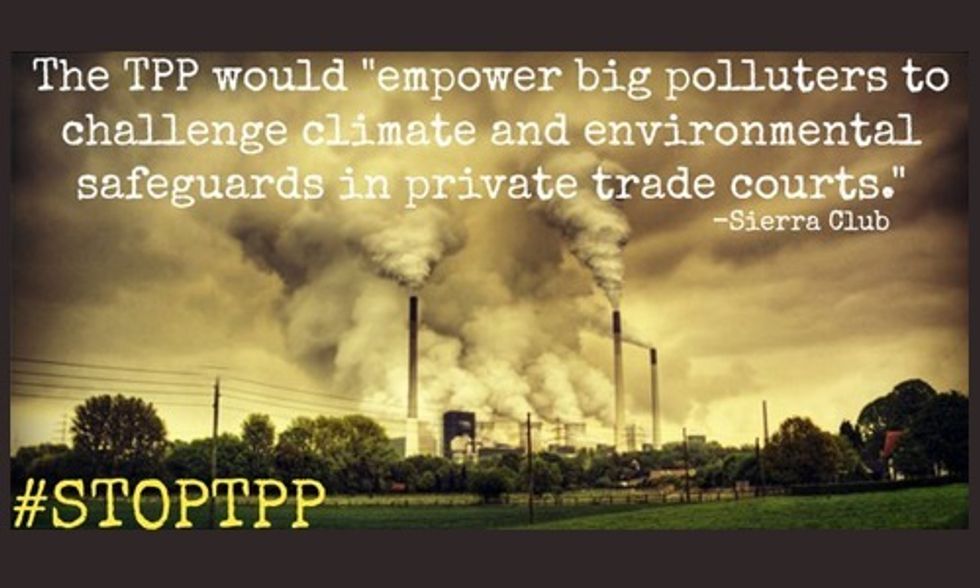 For years, the Sierra Club has reported on and campaigned against the TPP’s threats to our air, water, climate, families and communities.

The U.S. Trade Representative is gambling away our jobs, our clean air and water, and our future by pushing the polluter-friendly Trans-Pacific Partnership, so it only makes sense that it was signed in a casino and convention center. Signing the TPP is Russian roulette for our economy and our climate.

Today’s trade rules are rigged, like a bad game of blackjack, to favor powerful big polluters and other greedy corporations. Just look at TransCanada. That Big Oil company is suing the American people under NAFTA for $15 billion as ‘compensation’ for the Keystone XL decision that spared us the threat of increased climate disruption and dirty, dangerous oil spills. The TPP sweetens the pot for many more foreign fossil fuel corporations, empowering them to follow TransCanada’s bad example of challenging our climate protections in private trade tribunals.

Thankfully, it’s not too late to stop this toxic deal. Congress holds the trump card on the widely unpopular TPP, so now is the time to urge our representatives to reject the toxic trade deal and build a new model of trade that puts the health and safety of people before the profits of big corporations that are already polluting our air and water.

Which Is the Biggest Threat to Americans: Zika, Cancer or ISIS?