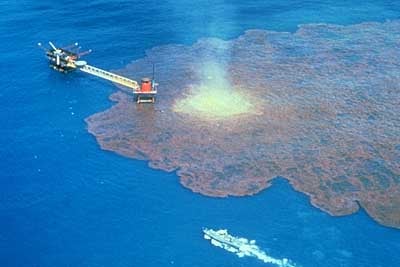 Today is the second anniversary of the BP oil disaster.

We all remember the horrific images of the Deepwater Horizon explosion in the Gulf of Mexico on April 20, 2010, that killed 11 oil rig workers, injured 17 others and released about 4.9 million barrels of crude oil into the ocean for more than three months. This disaster devastated the Gulf region’s economy, and threatened—and continues to threaten—the health of its residents and the environment.

On Wednesday, EcoWatch.org posted a piece on a new investigation by Al-Jazeera that confirms the worst about the residual impacts of the BP Deepwater Horizon Gulf oil spill. According to the network, scientists and fishermen are stunned by their recurring findings: “horribly mutated shrimp, fish with oozing sores, underdeveloped blue crabs lacking claws, eyeless crabs and shrimp” along with “shrimp with abnormal growths, female shrimp with their babies still attached to them, and shrimp with oiled gills.”

It’s time we take a stronger stand against corporations, like BP, that put profits first and show a total disregard for human health and the environment.

Thanks to Save Our Gulf, an initiative of Waterkeeper Alliance in support of Gulf Waterkeepers directly impacted by the BP oil disaster, for working on a petition to encourage the Bureau of Safety and Environmental Enforcement, and the Bureau of Ocean Energy Management to adopt the Oil Spill Commission’s recommendations for strict regulations on off-shore oil drilling.

Sign this petition today and ask the directors of the Bureau of Safety and Environmental Enforcement and Bureau of Ocean Energy Management to enforce strict regulations that make off-shore drilling safe.