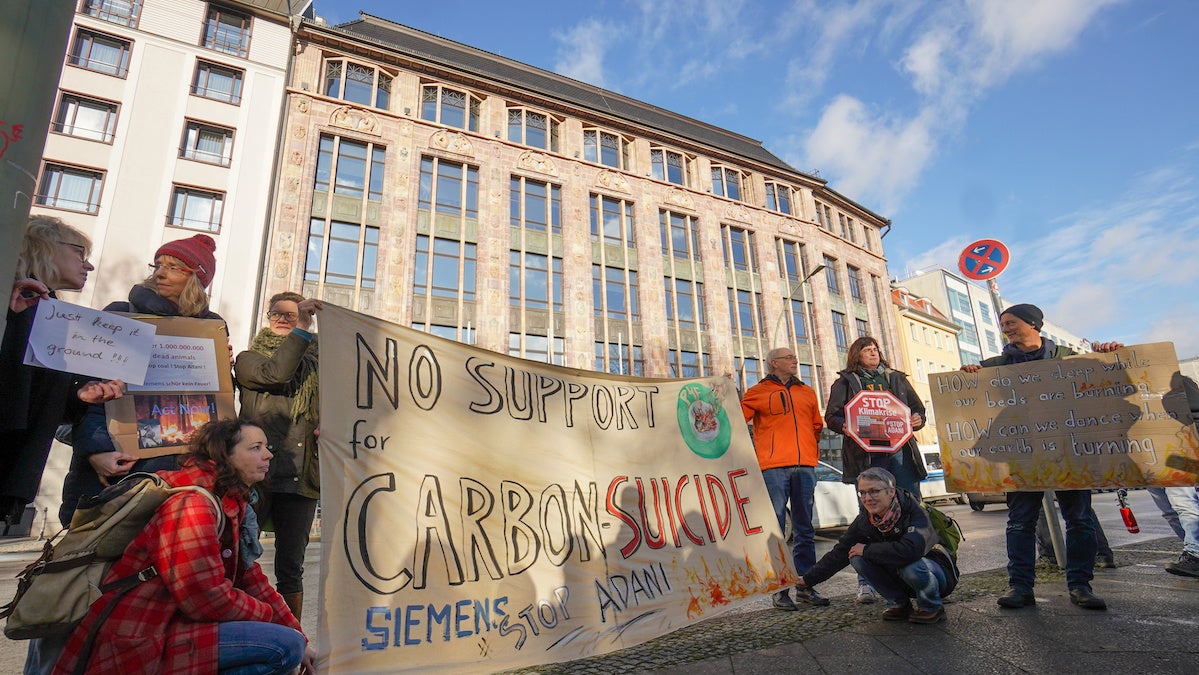 A rally organized by Extinction Rebellion and Parents for Future in front of the Australian Embassy on Jan. 10, 2020. The Australian government plans the huge coal mine project Adani, despite devastating bushfires and rising emissions worldwide. Jörg Carstensen / picture alliance via Getty Images

Siemens has announced it will remain involved in a controversial coal mining project in Australia, despite massive environmental criticism as the country continues to be ravaged by bushfires.

The German engineering conglomerate has a contract worth roughly €18 million ( million) which requires Siemens to supply rail infrastructure for the Carmichael mine in Queensland, near the Great Barrier Reef.

But climate activists from Fridays for Future and Extinction Rebellion staged protests last week in a dozen German cities against the mine, including outside Siemens’ Munich headquarters, hoping to change the firm’s stance on the project.

But on Sunday, Siemens’ CEO Joe Kaeser tweeted: “We have just finished our special meeting …. We have evaluated all the options and have concluded that we must fulfill our contractual obligations.”

Kaeser did promise, though, that the company would better “manage in the future the questions of protecting the environment.”

The proposed Carmichael mine, owned by India’s Adani group, has long sparked controversy. Opposition to the multibillion-euro enterprise has worsened in the wake of Australia’s recent devastating bushfires.

German climate activist Luisa Neubauer, of Fridays for Future, has called the decision by Siemens an “inexcusable mistake.”

She joined Swedish activist Greta Thunberg in her condemnation of the German company as she told news agency dpa: “We asked Kaeser to do everything possible to prevent the Adani mine,” referring to a meeting with the Siemens boss last week. “Instead, he will now profit from this disaster project.”

On Friday, Kaeser offered Neubauer a seat on the supervisory board at Siemens Energy, a new conventional and renewable energy company, but she turned it down.