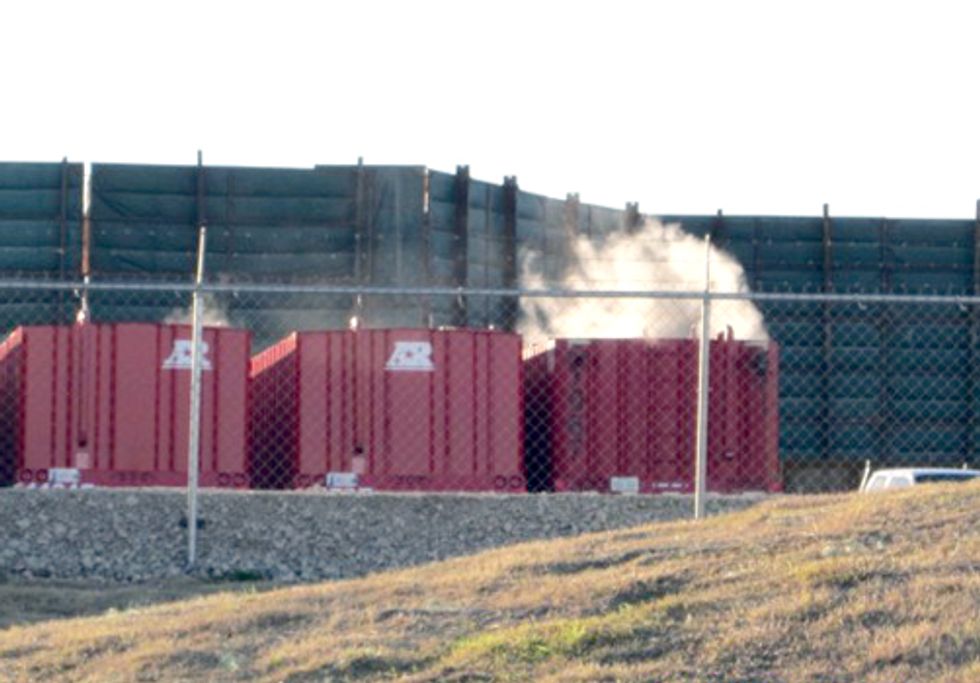 On March 12, Arlington, Texas residents and Earthworks’ Oil & Gas Accountability Project challenged Chesapeake Energy (NYSE:CHK) to provide independent verification of the company’s claim that fumes released from Chesapeake facilities in the Fish Creek, Norwood, and Oaks and Interlochen residential neighborhoods were simply steam—and therefore could not have caused harm to area residents.

“Chesapeake tells us to disbelieve our lying eyes, burning noses and heart palpitations, and trust them when they claim the company is not releasing anything but steam,” said Fish Creek resident Jane Lynn. “Well, I don’t believe them. If Chesapeake’s assurances are worth anything, they’ll stand up to independent testing.”

Since December, Arlington residents have complained of negative health effects following strong chemical odors from Chesapeake Energy’s gas wells—all of which are hydraulic fractured. In response to public inquiries about the odors, Chesapeake’s Vice President for Urban Development, Julie Wilson, replied via email:

The “vapor” you see from the tanks on this site is steam from hot water. […] Despite the alarming stories that are unfortunately sometimes circulated, we can assure you there are no harmful emissions to worry about.

In March, Ranjana Bhandari reported to TCEQ a plume from the Lynn-Smith drill site dispersing towards homes in the Norwood, and Oaks and Interlochen residential neighborhoods. The plume was in an area that included both homes and schools.

“We were stuck at a traffic light with no way to escape the fumes! I experienced pain in my face and sinuses, and my son complained of a headache,” said Bhandari. “If Chesapeake is so confident the fumes from their operations are just steam, they should agree to independent testing to reassure the residents of the area.”

Requests to Arlington officials from residents and Earthworks’ organizer Sharon Wilson produced no response. TCEQ reported “no detectable odors” in response to requests.

“The public has lost all confidence in our regulators and elected officials, and it’s because of behavior like this,” said Wilson. She continued, “Burying your head in the sand and wishing the problem away is not responsible oversight. That’s why we need independent, third-party testing and appropriate setbacks from homes and schools to protect public health and safety from these industrial facilities.”