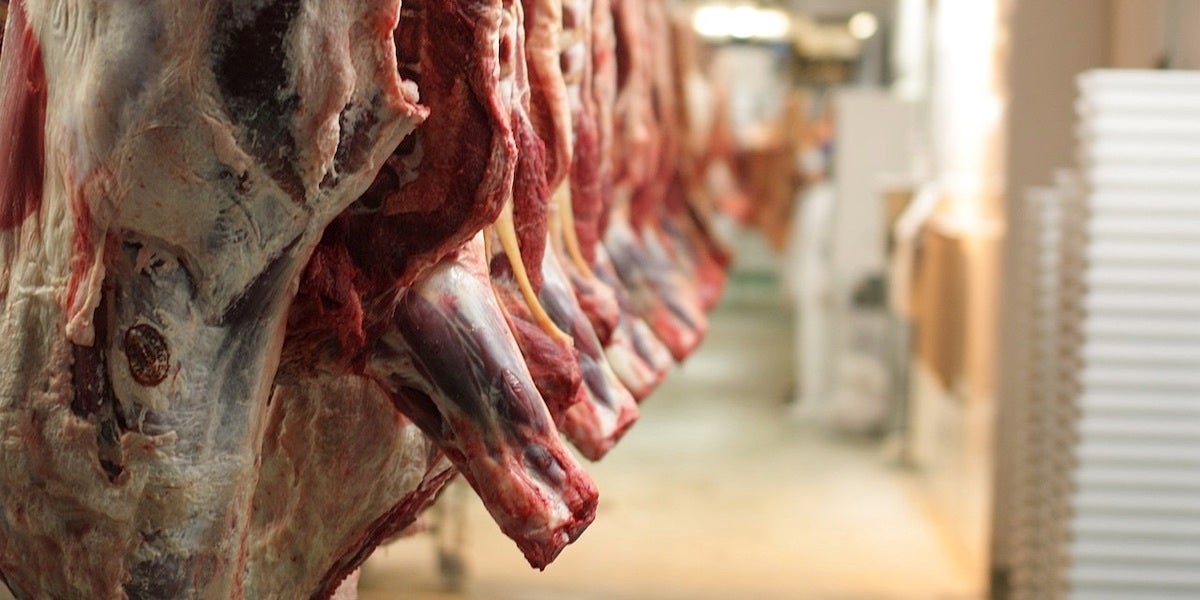 A tainted meat scandal is rocking Europe after an undercover reporter revealed workers at a Polish slaughterhouse mistreating and killing sick cows and selling the beef for human consumption.

Secret footage of an abattoir in Poland’s Mazovia region shows cows that are so sick they can’t even stand and being dragged into slaughter, as well as workers cutting off signs of illness such as tumors and pressure sores from the carcasses, as the Guardian detailed.

Polish authorities have since shut down the operation. Withdrawals of the meat are also ongoing, Anca Paduraru, European Commission spokeswoman for food safety, told Euronews.

“We are in close contact with the Polish authorities and at the request of the European Commission on the 29th of January the rapid alert system for food and feed has been triggered by Poland and this allowed the tracing and the withdrawal from the market of the concerned meat,” she said.

Polish police have launched a criminal investigation into two companies in response to the undercover report, according to Reuters. The European Commission will also send inspectors to Poland on Monday to assist with the investigation.

Poland produces about 560,000 metric tons of beef a year, with 85 percent of it exported.

The country’s chief veterinarian Pawel Niemczuk said that new measures will be implemented at slaughterhouses to prevent another similar situation.

“Video surveillance will be available 24 hours a day, but there should be someone with medical and veterinary knowledge that would (be able to) come and assess if the animals are unloaded in line with regulations,” Niemczuk said, as quoted by Reuters.

But Patryk Szczepaniak, the reporter who exposed the story on news channel TVN2, told the Guardian that the practice of slaughtering sick cows and exporting the beef could be much more widespread.

Szczepaniak, who worked undercover at the abattoir for three weeks, said dozens of people have reached out and told him about similar practices in other parts of the country.

“My inbox is full of messages from people who live near slaughterhouses, former employees of slaughterhouses, former law-enforcement and regulatory officials, all claiming that similar things have been happening where they are,” he said to the Guardian. “It has been a full-time job just following them all up—more is definitely going to come out about this.”