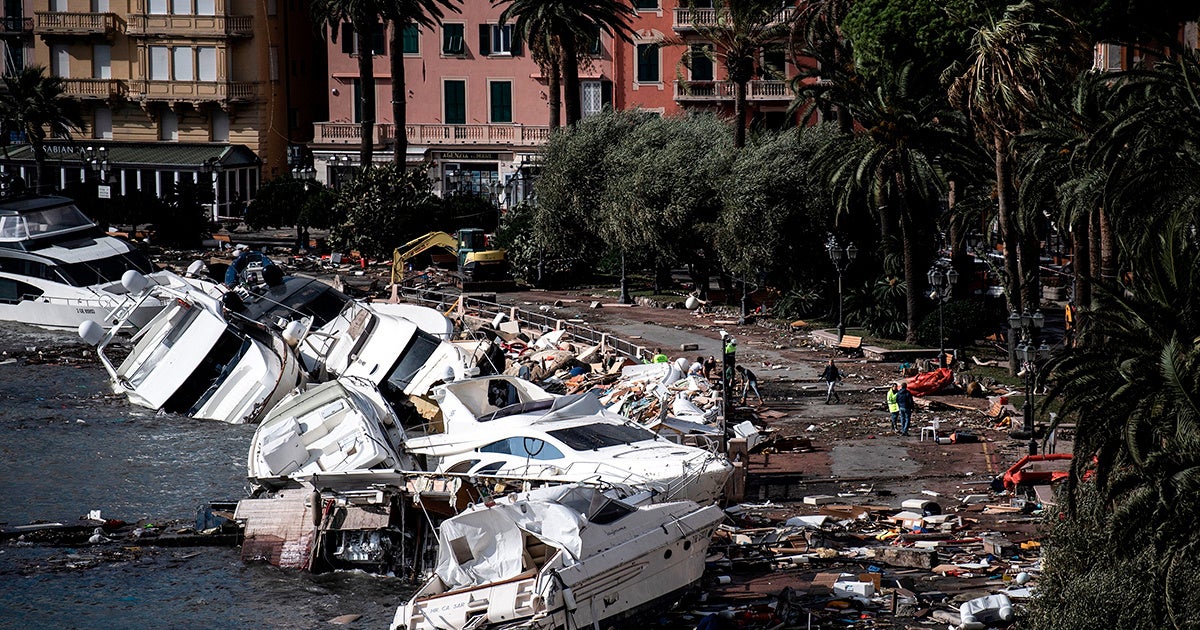 A river overran banks in Sicily Saturday night, flooding a villa and drowning nine members of two families who were staying inside, The New York Times reported.

The tragedy brought the death toll from Italy’s week of punishing wind and rain to more than 30, The Guardian said, as the country endures what the civil protection agency called “one of the most complex meteorological situations of the past 50 to 60 years.”

Floods and storms in #Italy claimed over 30 lives last week, with #Sicily being the worst-hit region. Hundreds of @crocerossa volunteers have been working tirelessly to bring help to the affected people. pic.twitter.com/bP79JshKKC

Giuseppe Giordano was one of the only family members to survive, since he had left the villa with a child to run an errand. Another child who had clung to a tree also survived. Giordano, who lost his wife, two sons, parents, brother and sister in the deluge, had been renting the riverside house for two years.

“Why did they rent to us this house in such a place,” Giordano lamented to The Guardian. “I’ve lost everything now. Why didn’t they tell us that this was a flooding area?”

Giovanni Di Giacinto, the mayor of the town where the flooding occurred, confirmed that the home had been illegally built too close to the river and that the owners had appealed a demolition order. But blame for the week’s storms and their consequences goes beyond local construction decisions, as U.S. Climate Action Network Executive Director Keya Chaterjee told USA Today.

Chatterjee noted that the storms in Italy followed other devastating weather events this year, including hurricanes Florence and Michael in the United States and Super Typhoon Yutu that hit Guam and the Philippines.

“What we’re seeing is part of a trend,” Chaterjee said. “It is happening as part of a climate that we have altered through the burning of fossil fuels. Unfortunately, it it totally consistent with what has been predicted for decades and decades at this point.”

Here are some of the other ways that extreme weather has devastated Italy this past week.

1. Tens of Thousands of Trees Flattened

Winds as strong as 118 miles per hour toppled trees in the famous Violin Forest where Antonio Stradivarius sourced wood for his iconic instruments, CNN reported. In the region of Veneto, around 300,000 trees were “felled like toothpicks,” regional council president Roberto Ciambetti said.

EcoWatch already reported that Venice survived its highest tide in at least a decade last week, but that flooding also damaged the floors of St. Mark’s Basilica.

“In a single day, the basilica aged 20 years, but perhaps this is an optimistic consideration,” head of the Basilica board Carlo Alberto Tesserin said in a statement reported by CNN.

Getting more than my feet wet in #Venice St Marks Square #veniceflooding pic.twitter.com/3764UhP6hH

Landslides triggered by the storms have cut off entire villages, authorities said, including the popular fishing village of Portofino, near Genoa, where the main road collapsed and an emergency path was deemed unsafe to use.

“It won’t be easy or quick but we count on returning Portofino next summer to the millions of tourists who come to visit it,” regional governor Giovanni Toti said, according to The Guardian.