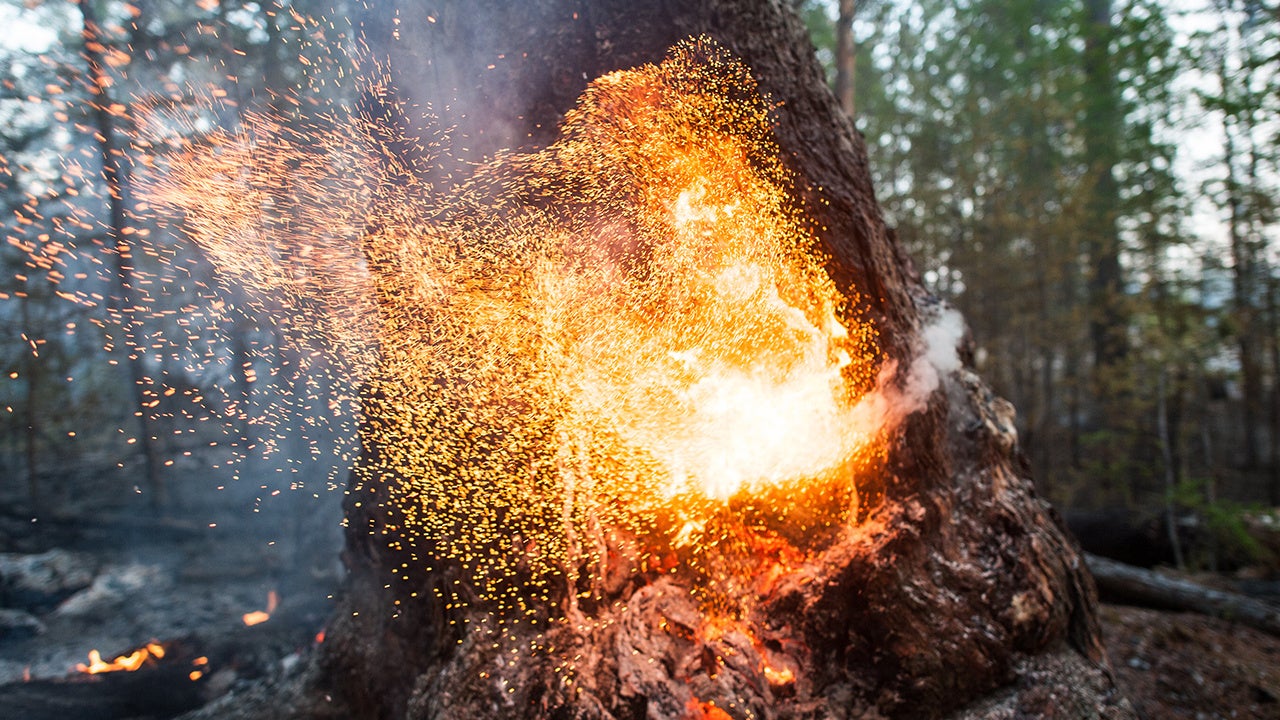 The number of fires in the vast north Asian region of Siberia increased fivefold this week, according to the Russian forest fire aerial protection service, as temperatures in the Arctic continued higher than normal in the latest sign of the ongoing climate crisis.

The news of the increase comes a week after the small Siberian town of Verkhoyansk reported a high temperature of 100.4° F on June 20, a reading that, if confirmed, would mark the hottest day ever recorded in the region.

“While fires are common at this time of year, record temperatures and strong winds are making the situation particularly worrying,” the European Union’s Earth Observation Programme, which is monitoring the situation, said in a statement.

A record heatwave in Siberia has led to forest fires in the Republic of Sakha.

As the Associated Press reported:

According to figures reported Saturday by Avialesookhrana, Russia’s agency for aerial forest fire management, 1.15 million hectares (2.85 million acres) were burning in Siberia in areas that cannot be reached by firefighters.
The worst-hit area is the Sakha Republic, where Verkhoyansk is located, with 929,000 hectares (2.295 million acres) burning.

The fires and heat are due to the climate crisis, Weather Channel meteorologist Carl Parker told Newsweek.

“What climate change is doing is moving the distribution of weather events, such that historically low-frequency, extreme events occur more frequently,” said Parker. “Had the climate not changed due to man-made greenhouse gases, the heat we’ve seen in parts of Siberia would have been a 100,000-year event.”

Parker warned that the fires are part of a dangerous feedback loop in the northern region.

“What’s scary about the warming in Siberia is that there are huge quantities of carbon in permafrost, which can be unleashed during periods like this, particularly as fires develop in the region,” said Parker.

The situation is getting much worse in Siberia.. #WeDontHaveTime https://t.co/XZ3EN1WueB

Jonathan Overpeck, University of Michigan environmental school dean, told AP in an email on June 24 that the situation in the Arctic region is unprecedented.

“The Arctic is figuratively and literally on fire,” wrote Overpeck. “It’s warming much faster than we thought it would in response to rising levels of carbon dioxide and other greenhouse gases in the atmosphere, and this warming is leading to a rapid meltdown and increase in wildfires.”

“The record warming in Siberia is a warning sign of major proportions,” he added.

Temperatures in Siberia for the first five months of 2020 were an average 14° F over normal.

“That’s much, much warmer than it’s ever been over that region in that period of time,” Zeke Hausfather, a Berkeley Earth climate scientist, told AP.