As Shutdown Drags on, National Parks Will Use Entrance Fees to Take Out Trash 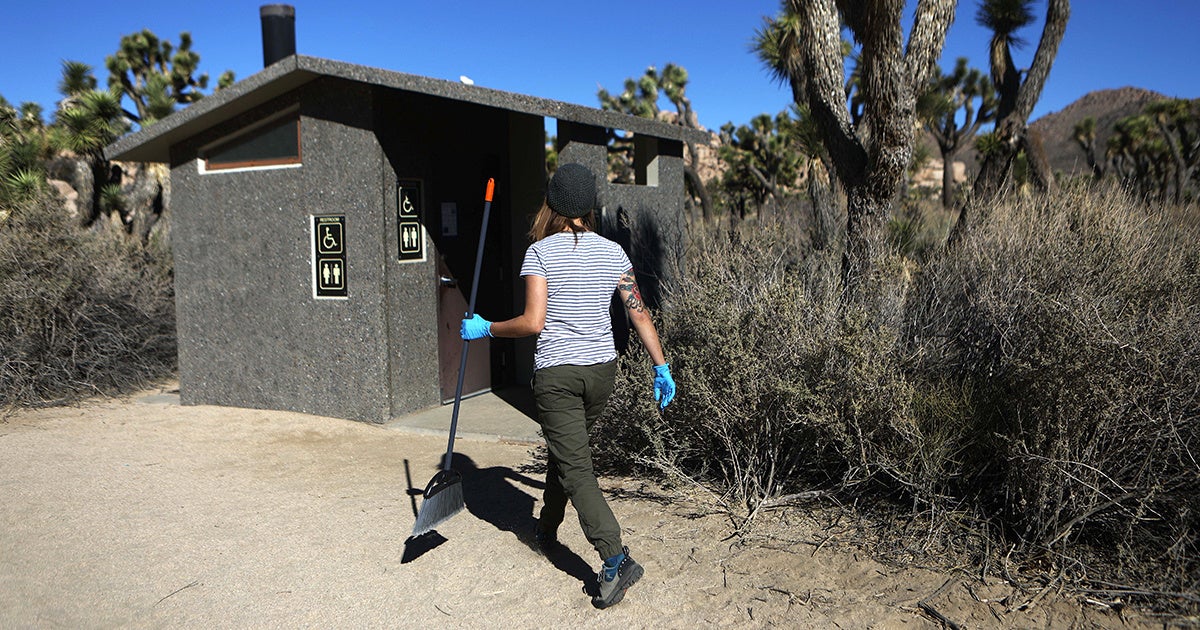 As the government shutdown continues into a third week, the Interior Department has made the controversial and unprecedented decision to use visitor fees collected at national parks to help deal with the maintenance and safety issues that have emerged as iconic public lands remained open but understaffed when the government failed to pass a budget in December, The Washington Post reported.

“We are taking this extraordinary step to ensure that parks are protected, and that visitors can continue to access parks with limited basic services,” National Park Service (NPS) Deputy Director P. Daniel Smith wrote in the NPS statement announcing the plan Sunday.

[Read how 5 iconic national parks have been facing a “nightmare scenario” due to the government shutdown.]

The Trump administration had broken with past precedent by deciding to keep the parks open to the public while a majority of their staff has been furloughed. When shutdowns took place during the Clinton and Obama administrations, the parks had closed their gates. The decision to keep them open has put the safety of wildlife and visitors at risk as trash and waste piles up and unsupervised guests endanger protected habitats.

.#TrumpShutdown is causing trash to literally pile up in our #nationalparks. Glad to join @RepSpeier yesterday in doing our small part to pick up #trumptrash.@realDonaldTrump must end this callous shutdown now #protectourparks pic.twitter.com/5VjOuuGqDg

At least seven visitors have died since the shutdown began, including one man who fell to his death in Yosemite after breaking the rules by bringing his dog on a trail. Searchers for missing persons have also been delayed due to the shutdown, according to the Twitter feed for the Democratically-controlled House Natural Resources Committee.

Searches for missing persons at #nationalparks have been delayed due to #TrumpShutdown understaffing. Medical responders are doing the best they can in needlessly difficult circumstances. Trump kept parks open to minimize public anger, not as a careful policy choice. 2/4

Private companies and individual volunteers have stepped up to carry out maintenance activities to the tune of more than $2 million in donations and services, Smith acknowledged in the NPS statement, but the problem is bigger than these informal networks can manage.

“As the lapse in appropriations continues, it has become clear that highly visited parks with limited staff have urgent needs that cannot be addressed solely through the generosity of our partners,” Smith wrote.

However, some park advocates say the decision to use visitor fees to meet those needs is bad for the long-term financial health of the parks. Under the Federal Lands Recreation Enhancement Act, entrance fees are supposed to be funneled towards long-term projects to enhance the visitor experience, not day-to-day functioning, The Washington Post explained. The national parks system is already struggling financially, the National Parks Conservation Association pointed out in a statement. It has a $11.6 billion backlog of maintenance work to carry out, has handled a 19 percent increase in visitors over the past five years with a staff reduced by 11 percent and has already lost at least $6 million in entrance fees because no one has been on hand to collect them during the shutdown.

BREAKING: The administration’s latest shutdown plan will dig our parks into an even bigger financial hole. https://t.co/pyZmmNZGH7

“Diverting this money will dig our parks into an even bigger financial hole. This will hurt rangers, parks, visitors and the tourism economy long after the shutdown is over,” NPCA President Theresa Pierno said in a statement. “Instead of robbing from park funds, the president needs to work with Congress to fully reopen the federal government, including our national parks. And he should propose budgets that will authentically help operate parks and address their maintenance needs in the long-term. Budget antics are not the way to fund our parks.”

Some members of Congress think the use of fees to fund day-to-day operations could even be illegal, since that is not what the government has earmarked them for.

“The Department of Interior is very likely violating appropriations law,” Democratic Minnesota Representative and incoming chairwoman of the House Appropriations subcommittee on Interior, environment and related agencies Betty McCollum told The Washington Post. “I want to see our parks open, but I want to see our entire government open the right way, following the law.”

Chairman Grijalva in closing: “This is not how a rational president behaves, and the Natural Resources Committee will demand answers about whether these moves are legally justified.” #TrumpShutdown

Negotiations between Congress and President Donald Trump do not look likely to end the shutdown any time soon, The New York Times reported Saturday. Trump has said the shutdown will last “months or even years” if Democrats don’t pass a budget that includes $5.7 billion for a border wall, something House Speaker Nancy Pelosi and top Senate Democrat Chuck Schumer have vowed will not happen. Pelosi called the wall an “immorality.”

Environmental and human rights groups have said that a wall would put 93 borderland endangered species at risk of extinction and further imperil the lives of immigrants who would have to travel farther into the desert to cross the border.