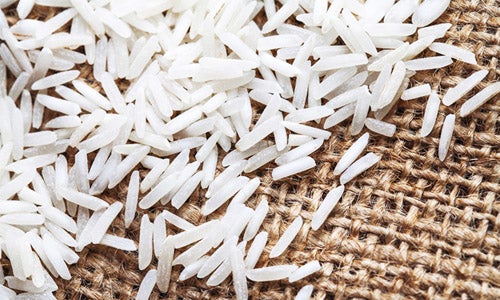 Even though most people don’t know much about chemicals in general or poisons in particular, virtually everyone knows that arsenic is bad. In the first century, arsenic was already known to be a deadly poison. However, it was the Borgias in the 14th and 15th centuries who perfected its use to eliminate opponents in order to increase their wealth and power. 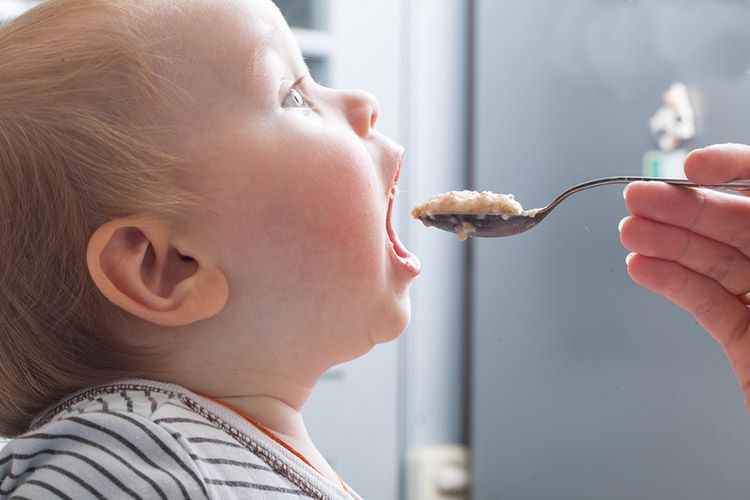 Arsenic is naturally occurring in groundwater in many places around the globe and therefore in our food supply. This is why you might have seen reports in the news about the presence of arsenic in baby cereals made with rice.

While we’ve known about the acute toxicity of arsenic for a long time, the health effects of low levels of arsenic are less well understood. What are the hazards of small amounts of arsenic consumed over a long period of time? How much should parents worry about arsenic in baby cereal, fruit juices or their drinking water?

How Does Arsenic Get Into Water and Food?

Inorganic arsenic is naturally present in the earth’s crust and it’s bound to oxygen or combined with a metal-like sodium. Inorganic arsenic is soluble in water, which is why it’s found in drinking water and soil in many parts of the world. This means it can get taken up by plant roots. By this same route, it can also enter our food through prior use of arsenic containing pesticides.

Organic arsenic, on the other hand, is found in seafood and is bound to carbon. Research indicates that it is far less toxic than inorganic arsenic. 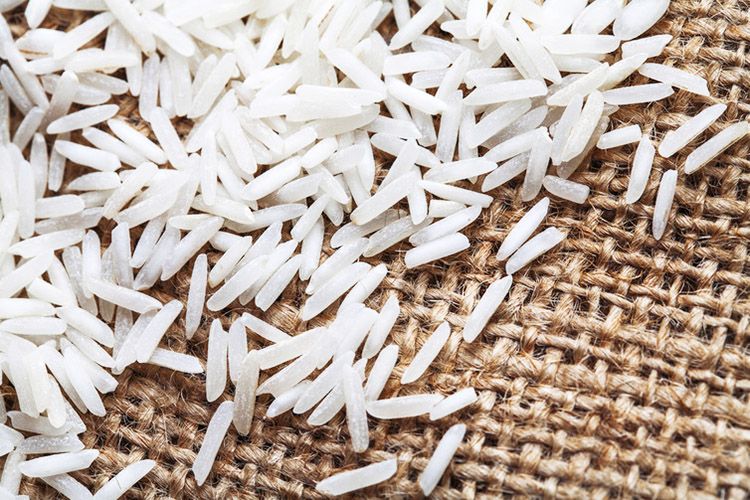 Which Foods Can Contain High Levels of Arsenic?

At the present time, the U.S. Food and Drug Administration (FDA) has no standard for arsenic in rice or rice-containing products. But given recent concerns, this month the FDA has proposed an action level of 100 parts per billion (ppb) for inorganic arsenic in infant rice cereal. This would allow it to prevent the sale and distribution of products over this level, as well as order the recall of products that exceed that level.

The FDA found that about half of the rice-based products for infants and young children they tested were below the agency’s proposed 100 ppb level. Unfortunately, that means half were above that level. Its investigation does not address the level of arsenic in other consumer products containing rice that children consume. Since rice cereals are often recommended as baby’s first solid food, minimizing arsenic in this food is a clear priority.

Other foods that have been found to contain significant amounts of arsenic include apple and pear fruit juices. In an FDA survey conducted between 2005 and 2011, arsenic levels in juice and concentrate ranged from not detectable to 45 ppb in apple and 124 ppb in pear. The arsenic in these fruits is mostly thought to come from previous use of arsenic-containing pesticides in orchards. An action level of 10 ppb was proposed by FDA in 2013 for apple juice.

Why is There arsenic in Rice?

Because rice absorbs so much water when it grows (think rice paddies), it tends to absorb more arsenic than other grains, such as wheat, oats and rye. 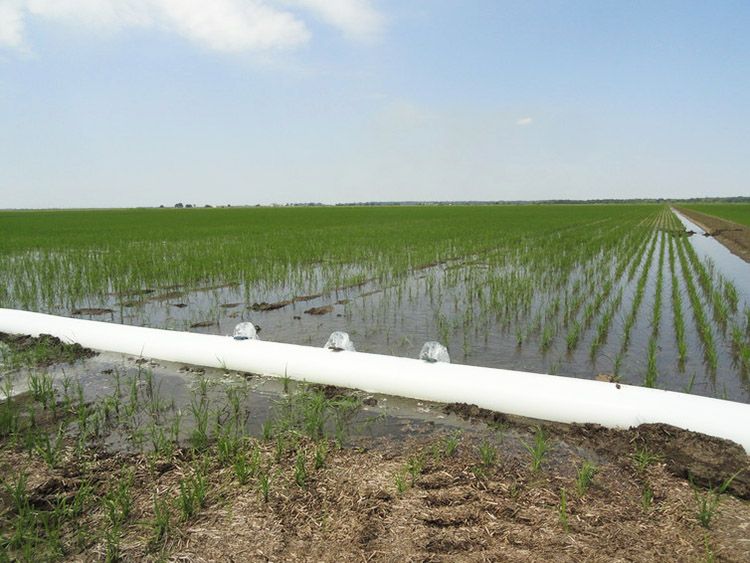 Rice has higher arsenic levels than other grains because it absorbs so much arsenic. Photo credit: Adam Chambers / U.S. Department of Agriculture / Flickr

Arsenic compounds were also used to reduce debris in mechanized harvesting of cotton; by causing the plants to drop their leaves, it made machine harvesting easier. When these products were used, they typically applied 3 to 4.5 pounds per acre per planting.

For instance, in the state of Texas, typical naturally occurring arsenic levels in soil average 6 parts per million (ppm). But as a result of previous use of arsenic-containing pesticide and desiccant products, these fields can average 40 ppm, with some fields far higher.

Whether from pesticides or desiccants, once arsenic gets into the soil it does not break down. So if fields that once held cotton are switched to cultivate rice, it may result in high levels of arsenic in that rice.

What Does Arsenic Exposure Do to Health?

Arsenic, unlike lead, does not accumulate in the human body and most of it is eliminated in urine in a matter of hours. What remains tends to concentrate in hair, nails, skin and to a lesser extent in bones and teeth. How arsenic affects the body varies depending upon the organ system and whether the arsenic’s chemical form in food or water is organic or inorganic.

Long-term exposure to inorganic arsenic is associated with a range of health effects, including skin, bladder, kidney and lung cancer, as well as diabetes, heart disease and damage to blood vessels and the nervous system.

My personal research interests have included the potential adverse effects of arsenic on pregnancy. Research shows arsenic is a reproductive toxin to the developing fetus. Animal studies have found that arsenic exposure can lead to birth defects and pregnancy loss. Human studies found increased rates of stillbirths in communities near metal smelters and arsenic production facilities, where people were potentially exposed to elevated levels of arsenic in air, house dust or drinking water.

The presence of arsenic in rice has been under scrutiny for several years. For instance, a 2012 scientific study conducted by Dartmouth found that children in the U.S. who ate rice had significantly higher levels of arsenic in their urine than those who did not. This same group conducted a detailed study of arsenic levels and rice consumption of New Hampshire children in the first year of life. A 2016 study, also from Dartmouth, found that infants who ate baby rice cereal had concentrations of arsenic in their urine twice as high as did infants who ate no rice.

However, at the present time there has been little research into adverse health effects of arsenic in food at these levels.

When it comes to the potential health effects of ingested arsenic to children, most of our knowledge comes from studies of populations with high levels of arsenic in their drinking water (greater than 50 μg/L). A μg/L is an amount equivalent to a single drop in a large tanker truck. For instance, studies of children in areas of Bangladesh found reductions in their measured IQ.

A study from Columbia’s Mailman School of Public Health also found decreases in IQ in children in the U.S., but at arsenic levels an order of magnitude lower (greater than 5 μg/L) than the Bangladesh study. At present, the Environmental Protection Agency defines the acceptable level of arsenic in drinking water at 10 μg/L. The Columbia study clearly suggests that the current arsenic in drinking standard may not be sufficient to protect children from these developmental effects. 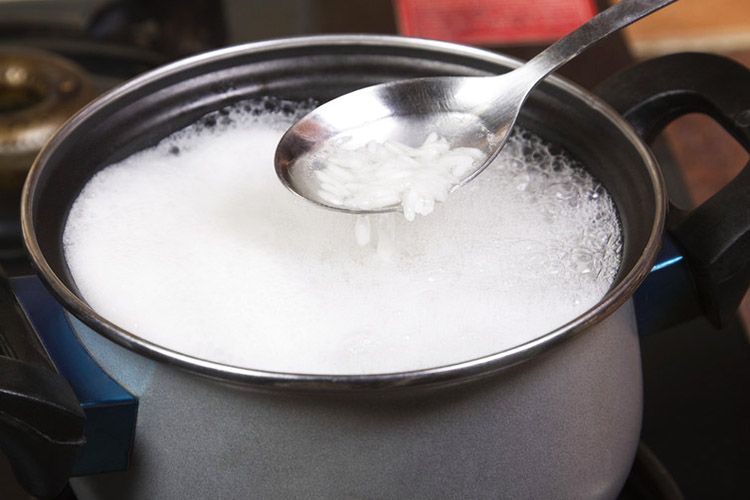 It is possible to reduce exposure to arsenic, by reducing rice in the diet and especially by limiting infants’ consumption of rice-containing products. The amount of arsenic can also be reduced by cooking the rice in an excess of water and then draining it prior to serving. Unfortunately, along with the arsenic, this decreases the levels of desirable and essential minerals and nutrients in the rice as well.

Consumers can look for rice grown in parts of the country such as California that are lower in arsenic.

As with any area of scientific investigation, where health concerns are involved, it is important not to overreact and to keep things in perspective.

Rice is certainly a nutritious food and rich in essential nutrients. It’s a food staple for most of the world’s inhabitants. Rice products for infants and children as part of a well-balanced diet are fine. However, it’s probably best for rice to not be the only grain in their diet.

Stuart Shalat is a professor and the director of the Division of Environmental Health at the School of Public Health at Georgia State University.