Should I Be Concerned That Arsenic Is in My Rice? 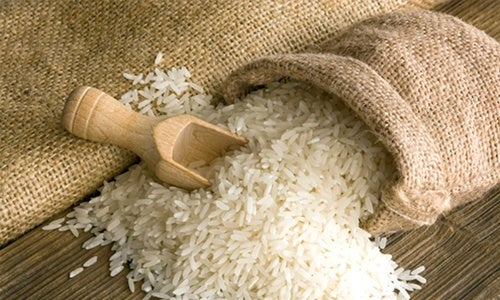 Arsenic is one of the world’s most toxic elements. Throughout history, it has been infiltrating the food chain and finding its way into our foods. 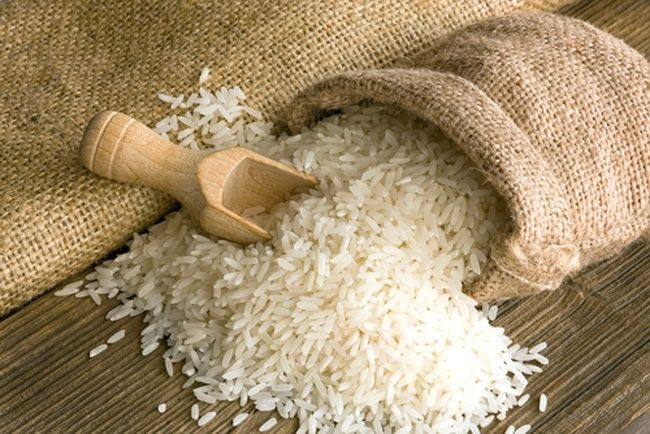 Widespread pollution is raising the levels of arsenic in foods, posing a serious health risk.

However, this problem is now getting worse. Widespread pollution is raising the levels of arsenic in foods, posing a serious health risk.

Recently, studies have detected high levels of arsenic in rice. This is a major concern, since rice is a staple food for a large part of the world’s population.

Should you be worried? Let’s have a look.

Arsenic is a toxic trace element, denoted by the symbol As.

It is not usually found on its own. Rather, it is bound with other elements in chemical compounds.

These compounds can be divided into two broad categories (1):

Both forms are naturally present in the environment, but their levels have been increasing due to pollution.

For a number of reasons, rice may accumulate a significant amount of inorganic arsenic (the more toxic form) from the environment.

Arsenic is found in nearly all foods and drinks, but is usually only found in small amounts.

In contrast, relatively high levels are found in:

High levels of inorganic arsenic have been detected in many rice-based products, such as:

Why is Arsenic Found in Rice?

Arsenic naturally occurs in water, soil and rocks, but its levels may be higher in some areas than others.

It readily enters the food chain and may accumulate in significant amounts in both animals and plants, some of which are eaten by humans.

As a result of human activities, arsenic pollution has been rising.

Arsenic often drains into groundwater, which is heavily polluted in certain parts of the world (20, 21).

From groundwater, arsenic finds its way into wells and other water supplies that may be used for crop irrigation and cooking (22).

Using contaminated water for cooking is another concern, because rice grains easily absorb arsenic from cooking water when they are boiled (24, 25).

Bottom Line: Rice efficiently absorbs arsenic from irrigation water, soil and even cooking water. Some of that arsenic is of natural origin, but pollution is often responsible for higher levels.

Dietary arsenic is generally present in low amounts, and does not cause any immediate symptoms of poisoning.

However, long-term ingestion of inorganic arsenic may cause various health problems and increase the risk of chronic diseases. These include:

In addition, arsenic is toxic to nerve cells and may affect brain function (36, 37). In children and teenagers, arsenic exposure has been associated with:

Some of these impairments may have taken place before birth. Several studies indicate that high arsenic intake among pregnant women has adverse effects on the fetus, increasing the risk of birth defects and hindering development (43).

Is Arsenic in Rice a Concern?

Yes. There is no doubt about it, arsenic in rice is a problem.

This may pose a health risk to those who eat rice every day in considerable amounts.

This mainly applies to people in Asia or people with Asian-based diets.

Other groups who may eat a lot of rice products include young children and those on a milk-free or gluten-free diet. Rice-based infant formulas, rice crackers, pudding and rice milk sometimes make up a large portion of these diets.

Young children are especially vulnerable because of their small body size. Therefore, feeding them rice cereals every day may not be such a good idea (14, 15).

Of additional concern is brown rice syrup, a rice-derived sweetener that may be high in arsenic. It is often used in baby formulas (16, 44).

Of course, not all rice contains high arsenic levels, but determining the arsenic content of a particular rice product may be difficult (or impossible) without actually measuring it in a lab.

Bottom Line: Arsenic contamination is a serious concern for the millions of people who rely on rice as their staple food. Young children are also at risk if rice-based products make up a large part of their diet.

How to Reduce Arsenic in Rice

The arsenic content of rice can be reduced by washing and cooking the rice with clean water that is low in arsenic.

This is effective for both white and brown rice, potentially reducing the arsenic content by up to 57 percent (45, 46, 47).

However, if the cooking water is high in arsenic, it may have the opposite effect and raise the arsenic content significantly (24, 45, 48).

The following tips should help reduce the arsenic content of your rice:

The last and most important piece of advice concerns your diet as a whole. Make sure to diversify your diet by eating many different foods. Your diet should never be dominated by one type of food.

Not only does this ensure that you are getting all the nutrients you need, it also prevents you from getting too much of one thing.

Bottom Line: You can follow a few simple cooking methods tips to reduce the arsenic content of rice. Also keep in mind that some types of rice, such as basmati and jasmine, are lower in arsenic.

Arsenic in rice is a serious concern for many people.

A huge percentage of the world’s population relies on rice as a main food source, and millions of people may be at risk of developing arsenic-related health problems.

That being said, if you eat rice in moderation as a part of a varied diet, you should be totally fine.

However, if rice happens to be a large part of your diet, make sure that it was grown in a non-polluted area.

Will Arsenic Finally be Removed From Poultry Production?

Does Greek Yogurt Live Up to All its Hype?