Shopper's Guide to Pesticides in Produce 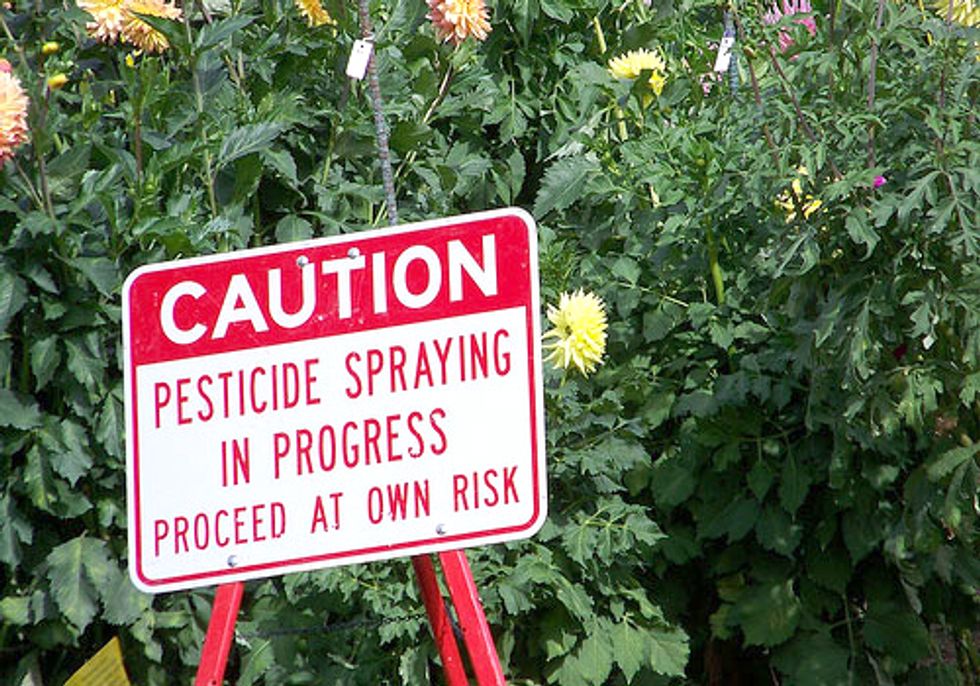 Environmental Working Group (EWG) has released the eighth edition of its Shopper's Guide to Pesticides in Produce with updated information on 45 popular fruits and vegetables and their total pesticide loads. EWG highlights the worst offenders with its new Dirty Dozen Plus list and the cleanest conventional produce with its list of the Clean Fifteen.

“The explosive growth in market share for organic produce in recent years testifies to a simple fact that pesticide companies and the farmers who use their products just can’t seem to grasp: people don’t like to eat food contaminated by pesticides,” said EWG President Ken Cook. “Our shopper’s guide to pesticides in produce gives consumers easy, affordable ways to eat a diet rich in fruits and vegetables while avoiding most of the bug killers, fungicides and other chemicals in produce and other foods.”

“This year’s guide will also give new parents pause,” Cook added. “Government scientists have found disturbing concentrations of pesticides in some baby foods. And the U.S. Department of Agriculture (USDA) has found weed killers widespread in finished tap water. Environmentalists have had important successes in forcing pesticides that presented unacceptably high dietary risks off the market. The latest USDA tests show we have much more work to do.”

EWG researchers analyzed annual pesticide residue tests conducted by the USDA and federal Food and Drug Administration (FDA) between 2000 and 2010. The samples were first washed or peeled prior to being tested so the rankings reflect the amounts of the crop chemicals likely present on the food when it is eaten.

The USDA and FDA tests have produced hard evidence of widespread presence of pesticide residues on conventional crops. The most recent round of tests show that as late as 2010, 68 percent of food samples had detectable pesticide residues. EWG found striking differences between the number of pesticides and amount of pesticides detected on the Dirty Dozen Plus and Clean Fifteen foods.

New to the Shopper’s Guide: The Dirty Dozen Plus

For the past eight years, EWG has scrutinized pesticide testing data generated by scientists at USDA and FDA and has created its signature Dirty Dozen list of foods most commonly contaminated with pesticides. As well, we publish our Clean Fifteen list of the foods least likely to be pesticide-tainted.

This year we have expanded the Dirty Dozen with a Plus category to highlight two crops—green beans and leafy greens, meaning, kale and collard greens—that did not meet traditional Dirty Dozen criteria but were commonly contaminated with highly toxic organophosphate insecticides. These insecticides are toxic to the nervous system and have been largely removed from agriculture over the past decade. But they are not banned and still show up on some food crops. For this reason, EWG lists these on the new Dirty Dozen Plus as foods to avoid or to buy organic.

"Organophosphate pesticides are of special concern since they are associated with neurodevelopmental effects in children,” said EWG toxicologist Johanna Congleton. “Infants in particular should avoid exposure to these pesticides since they are more susceptible to the effects of chemical insult than adults."

The American Academy of Pediatrics advises parents to “minimize using foods in which chemical pesticides or herbicides were used by farmers.”

For the first time since the inception of its pesticide testing program in 1991, USDA looked at pesticide residues on baby food. Department scientists analyzed about 190 samples each of prepared baby food consisting of green beans, pears and sweet potatoes.

Pears prepared as baby food showed significant and widespread contamination. Fully 92 percent of the pear samples tested positive for at least one pesticide residue, with 26 percent of samples containing 5 or more pesticides and 15 different pesticides on all samples. Disturbingly, the pesticide iprodione, which EPA has categorized as a probable human carcinogen, was detected on three baby food pear samples. Iprodione is not registered with the EPA for use on pears. Its presence on this popular baby food constitutes a violation of FDA regulations and the federal Food, Drug, and Cosmetic Act.

"Federal testing of pesticide residue in baby food was long overdue, as infants are especially vulnerable to toxic compounds," said Andrew Weil, MD, founder and director, Arizona Center for Integrative Medicine and a renowned medical expert on natural health and wellness. "Now that it has begun, the results are highly disturbing. It is bad enough that baby food contains pesticides at all; the fact that pears contain a likely human carcinogen is an outrage. Parents should purchase organic baby foods, or better yet, prepare their own by putting organic foods through a simple hand-turned food mill (search the internet for "baby food mill"). It is vital that an infant's developing brain and nervous system receive only uncontaminated, nutrient-dense foods."

The extent of pesticide contamination document by USDA’s baby food tests highlight the need for the department to accelerate testing of baby foods and for EPA to reduce further the organophosphate pesticide exposures allowed for Americans, especially infants.

In 2010 USDA analyzed samples from 12 community drinking water systems that use surface water such as reservoirs, lakes and rivers as their water sources. Tests of 284 samples taken after treatment detected 65 pesticides or their metabolites. The toxic herbicide atrazine or its metabolites were found in every single sample. The herbicides 2,4-D and metolachlor were detected in more than 70 percent of the samples. Six other pesticides were found in at least half the samples.

The footprint of pesticide residues for those items placed on the Clean Fifteen looked much better.

The EWG’s Shopper’s Guide is not built on a complex assessment of pesticide risks but instead reflects the overall pesticide loads of common fruits and vegetables. This approach best captures the uncertainties of the risks of pesticide exposure. Since researchers are constantly developing new insights into how pesticides act on living organisms, no one can say that concentrations of pesticides assumed today to be safe are, in fact, harmless.

The Shopper’s Guide aims to give consumers confidence that by following EWG’s advice, they can buy foods with consistently lower overall levels of pesticide contamination.

For more than a decade, Susan Jane Brown has been battling to stop a natural gas pipeline and export terminal from being built in the backcountry of Oregon. As an attorney at the nonprofit Western Environmental Law Center, she has repeatedly argued that the project's environmental, social, and health costs are too high.

All that was before this month's deadly wildfires in Oregon shrouded the skies above her home office in Portland. "It puts a fine point on it. These fossil fuel projects are contributing to global climate change," she says.

The connection between the pandemic and our dietary habits is undeniable. The stress of isolation coupled with a struggling economy has caused many of us to seek comfort with our old friends: Big Mac, Tom Collins, Ben and Jerry. But overindulging in this kind of food and drink might not just be affecting your waistline, but could potentially put you at greater risk of illness by hindering your immune system.

As the world continues to navigate the line between reopening and maintaining safety protocols to slow the spread of the coronavirus, rapid and accurate diagnostic screening remains critical to control the outbreak. New mobile-phone-based, self-administered COVID-19 tests being developed independently around the world could be a key breakthrough in making testing more widely available, especially in developing nations.

New Jersey is one step closer to passing what environmental advocates say is the strongest anti-plastic legislation in the nation.