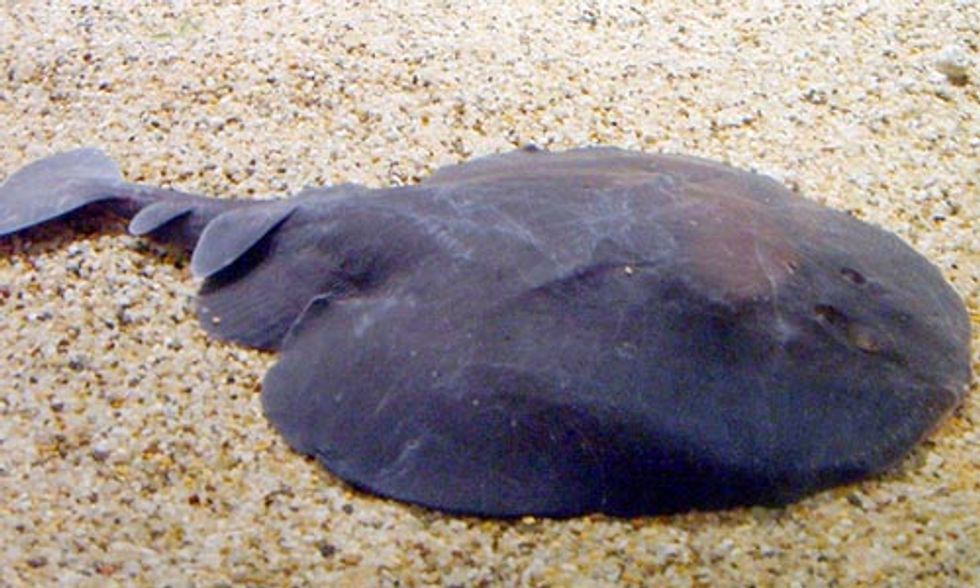 Gary Krause was mystified by an unusual fish he caught in his trawl net off BC's Pacific north coast in October. It was a Pacific electric ray, named for a pair of organs behind its head that can knock a human adult down with a powerful sho

Trawl fishery records show 88 of these rays in BC waters since 1996. Although an electric ray was first recorded off Vancouver Island's west coast in 1928, nearly a quarter of the more recent sightings came from 2015 alone.

Fishermen like Krause, who worked an astounding 4,000 days at sea over the past 35 years, are often the first to observe the beginnings of fundamental ecosystem shifts. In 2008, he also identified the first ever brown booby, a tropical seabird, in Canada's Pacific waters.

Why are creatures like electric rays, which prefer warmer southern California or Baja waters, turning up with greater frequency further north?

Unlike land temperatures, which constantly fluctuate, ocean temperatures are usually stable, with virtually no daily changes, little seasonal differentiation and only minor shifts over decades. Most marine animals prefer a narrow temperature range and move only in response to changes.

Short-term oceanographic events, such as El Niño and the Pacific “blob"—an enormous area of unusually warm water in the North Pacific—demonstrate that while oceans may be relatively stable, they aren't immune to temperature shifts. These phenomena explain the appearance of unexpected species off BC's coast over the past winter, including a Guadalupe fur seal, green sea turtle and Risso's dolphins. Higher water temperatures are also changing the relative concentrations of microscopic, occasionally toxic algae.

While these marine oddities don't necessarily indicate a full-scale ecosystem shift, they may be signs of what to expect as the planet warms. Shorter-term phenomena correspond with longer-term oceanographic changes around the world. These changes promise to fundamentally alter the cast of characters in marine ecosystems before we've had the opportunity to adequately study them.

Climate change is pushing more species of fish closer—and faster—to the cooler North and South poles than similar climate-provoked wildlife movements on land. Fish are moving an average of 277 kilometers every decade and phytoplankton are speeding along at 470 kilometers. Land-based wildlife are inching along at an average of six kilometers a decade. These shifts are bringing together species that have never had contact before, introducing new predators that could result in regional extinctions. In addition to moving, phytoplankton, which produce half the world's oxygen and support most ocean life, have been declining dramatically over the past century, an average of one percent a year.

Sea levels are also rising quickly because of climate change. Over the past two decades, global levels have risen more than twice as fast as in the 20th century. As water warms up, it expands. Thermal expansion in warmer ocean waters has been the greatest contributor to global sea level rise over the past century—although rapid melting of glaciers, polar ice caps and Antarctic and Greenland ice sheets is also a factor.

Higher ocean temperatures also stress coral reefs, which then release algae, causing the corals to bleach and often die. Australia's Great Barrier Reef just experienced its worst bleaching ever, with the Great Barrier Reef Marine Park Authority reporting that half the coral in the northern parts of the reef were dead, according to a Guardian article.

Along with environmental impacts, warming oceans will create economic insecurities for industries such as fisheries. One study predicted a nearly 50 percent decline in BC First Nations' catches for culturally and commercially important fish by 2050.

We can help marine life by reducing greenhouse gas emissions to keep global average temperature increases below the 1.5 C goal set out in the December Paris agreement. Well-monitored fisheries, like those in British Columbia, will become essential data-collection points for understanding shifting marine environments. Although it's difficult to reverse temperature and other oceanographic changes that climate change has already set in motion, we may be able to lessen the impact through habitat protection, strong fisheries management and robust scientific monitoring.

The Pacific electric ray is just one of many marine canaries warning us of changing ecosystems. We'd be wise to listen to these signals.