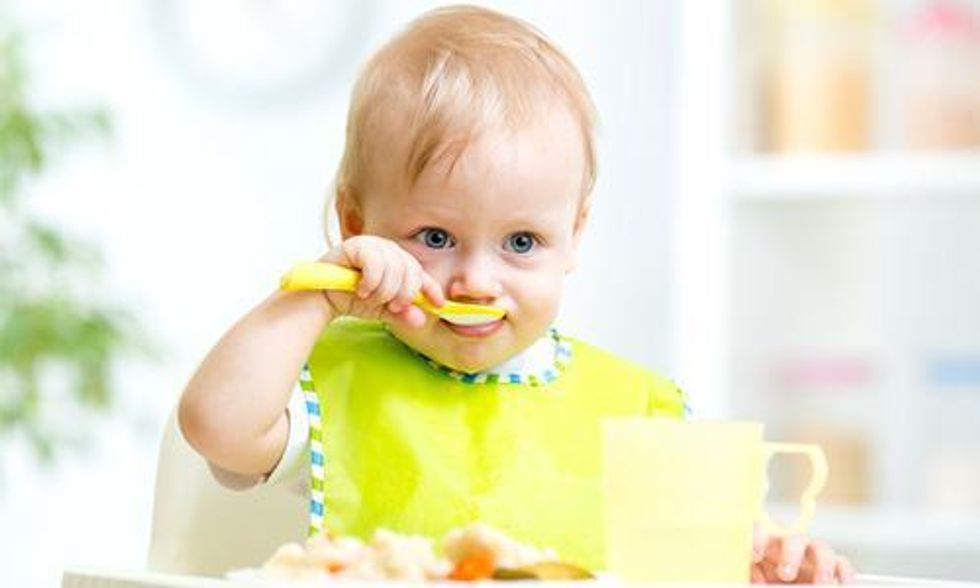 One hundred percent of the corn in the Lil’ Crunchies Veggie Dip was GMO. Photo credit: Shutterstock

According to GMO Free USA:

“We sent a package of Gerber Graduates Lil’ Crunchies Veggie Dip Baked Whole Grain Corn Snack to a certified lab to test for the presence of GMO material. The quantitative PCR test verified, by DNA analysis, that 100 percent of the corn in the Lil’ Crunchies Veggie Dip was GMO. All of the corn has been genetically-engineered to be herbicide tolerant (Roundup Ready) and the corn contained DNA sequences known to be present in Bt insecticide-producing GMO corn.”

PCR is short for polymerase chain reaction, which is a method of analyzing genetic material.

The organization adds that Bt (Bacillus thuringiensis) corn “produces insecticidal toxins from inside every cell of the plant.” In other words, these pesticides cannot be washed off the plant. Little testing has ever been done on Bt corn’s capacity to continue producing insecticides once eaten, but studies suggest that it might.

According to research published in the Archives of Environmental Contamination and Toxicology, scientists found that the genetically-modified corn was linked to liver and kidney damage in animals.

In an in vitro study on human cells published in the Journal of Applied Toxicology, scientists found that the corn may be toxic to human cells. In this study, the researchers found that Roundup killed cells or tissues or caused the cells to kill themselves from 50 parts per million, which the scientists indicate is “far below agricultural dilutions” used in the growing of the genetically-modified corn.

Further research in the Journal of American Science confirmed the liver and kidney damage found in other studies and also found that animals fed a partial diet of genetically-modified corn had male reproductive organ damage, spleen damage and damage to the intestines. The scientists added that “the risk of genetically modified crops cannot be ignored and deserves further investigation.”

While scientists continue to recommend further testing, the U.S. Food and Drug Administration (FDA), Environmental Protection Agency (EPA) and the U.S. Department of Agriculture (USDA) have all allowed Bt corn to be commercialized without any human safety tests. The same is true of the respective Canadian agencies Health Canada, Environment Canada and Agriculture and Agri-Food Canada.

Industry continues to cite the genetically-modified corn as safe, claiming that it is broken down before or during consumption. Yet, Canadian research by scientists at the University of Sherbrooke, Quebec, published a study in the medical journal Reproductive Toxicology that found GMO proteins circulating in the bodies of non-pregnant women, pregnant women and the blood supply to fetuses.