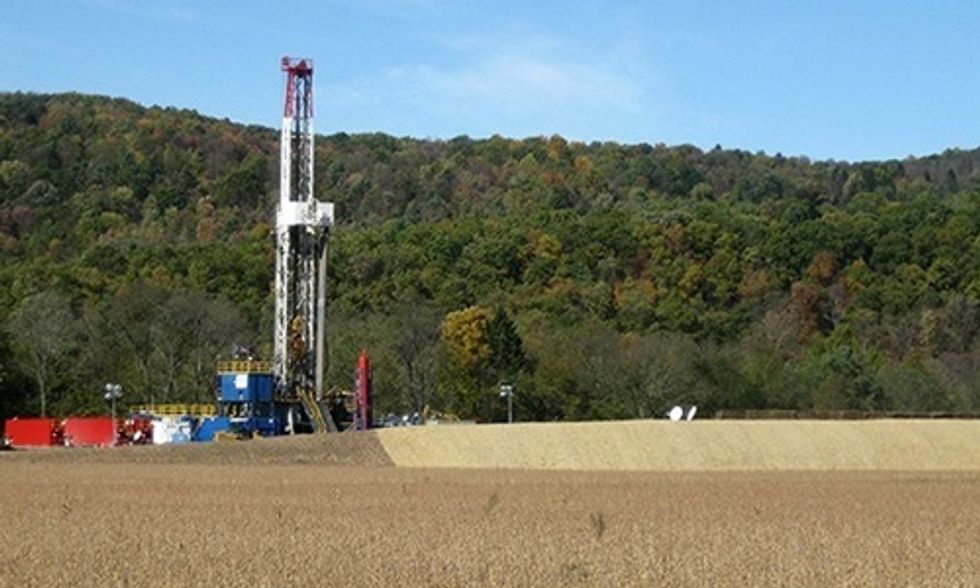 Heavily-fracked Pennsylvania is a battle ground in the fight to protect affected families from the harms of the toxic drilling method. Last week after months of resisting our efforts, the state finally delivered more than 100 pages of documents to Food & Water Watch that were requested through a public Right-to-Know request. And what we received was shocking. The documents clearly demonstrate an ongoing pattern of alarming negligence and incompetence by the Pennsylvania Department of Health (DOH) in responding to scores of fracking-related health complaints from state residents.

Food & Water Watch requested, through a public Right-to-Know request, documents that clearly demonstrate an ongoing pattern of alarming negligence and incompetence by the Pennsylvania Dept. of Health in responding to scores of fracking-related health complaints from state residents. Photo credit: Ruhrfisch / Commons.wikimedia.org

This first came to light in 2014, when a StateImpact Pennsylvania report revealing that DOH health workers were told not to respond to fracking-related health complaints. According to two former DOH employees, the department instituted policies to prevent field staff from addressing complaints from residents regarding natural gas drilling and fracking related health impacts. Employees were given specific instructions to refrain from engaging with residents who called with health complaints containing specific “buzzwords,” according to these retired workers. One of the two stated, “We were absolutely not allowed to talk to them.” The other indicated their department “wasn’t told to be silent on any other topic that I can think of.”

Following up, in July 2014, Food & Water Watch filed a Right-to-Know Law request with Pennsylvania’s DOH to seek out records of complaints received by the agency and their response records. But DOH clearly did not want to turn over the documents, and it wasn’t until the Office of Open Records threatened an injunction, that the DOH finally released these records to Food & Water Watch,.

The types of health concerns reported are consistent with the scientific studies of the potential health effects of fracking. Chemicals used in the fracking process impact the skin, eyes, respiratory, immune, endocrine and cardiovascular systems and can cause cancer.

We fought for almost a year and with multiple administrations for these documents. Now we know why. DOH's gross irresponsibility in its failure to respond to the to serious health concerns of the people it is charged to protect must be documented and challenged. We will continue to use legal tools and grassroots outreach to uncover the evidence and to demand accountability.

Gov. Wolf must break the cycle of abuse by the oil and gas industry by instituting an immediate halt on any new fracking in the state.