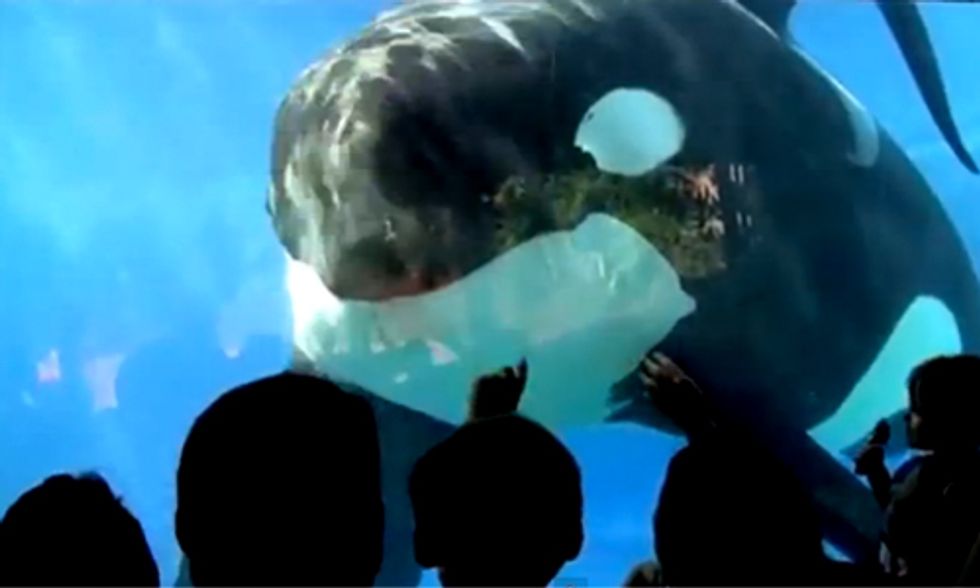 SeaWorld has faced intense criticism since the release of Blackfish, a documentary telling the story of orca whales kept in captivity at SeaWorld theme parks in California, Florida and Texas. Now court documents discovered by People for the Ethical Treatment of Animals (PETA) reveal that SeaWorld is pumping these marine animals full of psychotropic drugs.

“They do not cope with being kept in these tanks. They survive to some degree, but they don’t thrive to any degree,” said Ingrid Visser, founder of the Orca Research Trust.

A sworn affidavit (see below) filed in the Ontario Superior Court of Justice during a dispute between SeaWorld and Marineland over the transport of the killer whale Ikaika, revealed that trainers give their orcas the psychoactive drug benzodiazepine, a class of drugs that includes Xanax and Valium.

Jared Goodman, director of Animal Law at PETA, told BuzzFeed that he believes the leaked documents will play a key role in SeaWorld’s future.

“The veterinary records show that orcas at SeaWorld are given psychotropic drugs to stop them from acting aggressively towards each other in the stressful, frustrating conditions in which they’re confined instead of funding the development of coastal sanctuaries—the only humane solution,” Goodman said.

Blackfish, mostly through the testimony of former SeaWorld employees, shows how the whales, frustrated and bored with their captivity, lash out from time to time in acts of aggression, which eventually led to the deaths of two trainers—Keltie Byrne and Dawn Brancheau—as well as a young man who had snuck into the park at night.

“They do not cope with being kept in these tanks. They survive to some degree, but they don’t thrive to any degree,” said Ingrid Visser, founder of the Orca Research Trust.

Haven't seen Blackfish yet? It's now steaming on Netflix.