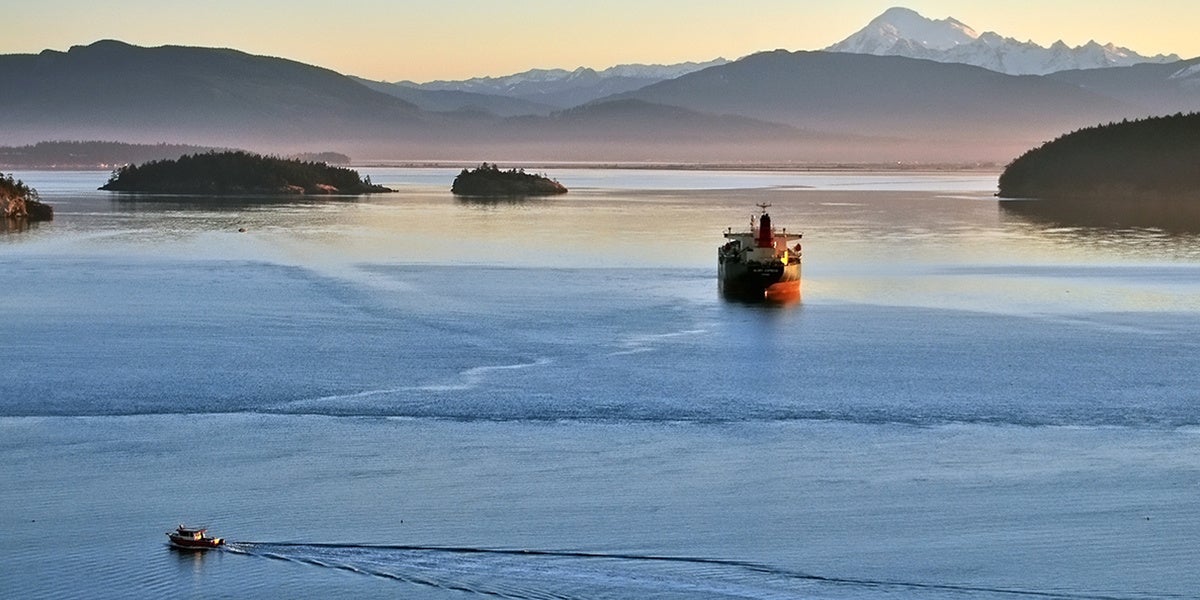 On Friday, the 170+ nations in the International Maritime Organization set the first-ever emissions target for the shipping industry and agreed to halve CO2 emissions by 2050, based on 2008 levels.

The unprecedented deal was welcomed by activists as a first step towards meeting the Paris agreement targets. The IMO nations also began a process to ban heavy fuel oil in Arctic waters.

The sulfur-laden oil is a significant source of black carbon or soot, which darkens snow and ice and speeds melting. Additional details are provided in an initial analysis of the deal from the International Council on Clean Transportation.

“Shipping in recent years has been responsible for about 800 million tons annually of carbon dioxide emissions, according to Dan Rutherford, the marine and aviation program director of the International Council on Clean Transportation, who was in attendance for the deliberations in London this week. That means shipping’s emissions are 2.3 percent of the global total.

‘If you counted it as a country, it would be the sixth-largest source of CO2 emissions,’ said Rutherford, noting that 800 million tons of annual emissions is comparable to emissions from Germany.”

InsideClimate News noted that the agreement was a compromise. Island states and climate advocacy groups sought more ambitious goals, while several countries insisted that proposed regulations would be too disruptive:

“Even relatively modest first steps would require considerable changes in how cargo ships are built, fueled and operated. At present, ships run almost entirely on fossil fuels, generally the dirtiest grades of oil, and burn them inefficiently to boot.

Meeting the new goals would require shippers to significantly increase fuel efficiency and to shift to low- and zero-carbon fuels such as biofuels or perhaps hydrogen, while adopting new propulsion technologies, some of them still unproven.

The next step is for the IMO to decide whether to make some of these short-term measures mandatory and determine how to enforce the rules. The deal is to be reviewed and perhaps tightened in five years.”