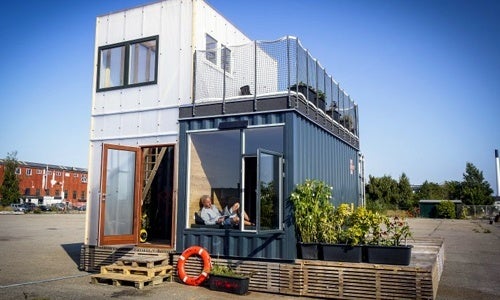 An old steel box might not sound like the coziest place to live, but for many people around the world, a humble shipping container means “home, sweet, home.”

From Berlin to Bangalore to London, people all over are shacking up in shipping containers. And now, Copenhagen-based container architecture firm CPH Shelter and architect Søren Nielsen, a partner at Danish firm Vandkunsten Architects, have designed the “CPH Village,” a planned shipping container structure aimed to help solve the area’s student housing shortage.

Not too shabby for a shipping container!https://t.co/hek3gseyQb

The CPH Village project is an offshoot of the company’s standalone CPH Shelter, an easily transportable “plug and play” unit that can be customized easily and inexpensively. For instance, a single house can be merged, divided or reshaped over time to family or senior housing.

The CPH designers can certainly turn an old box into something livable, as Arch Daily wrote:

The unit’s central room is created by cutting a 40-foot container in two halves and pulling them two meters apart, creating a large living area flanked by two niches for the bedroom and bathroom. The bedroom alcove faces the living room and features a daybed that can be used as seating and sleeping, thereby saving the space traditionally dissolved by the redundant functions of a sofa and a bed.

The homes itself are built from up-cycled materials and comes furnished with a kitchen, bath and integrated and multi-functional cabinet and storage space. It is also insulated and left unpainted inside to avoid fumes or chemical exposure from paint. 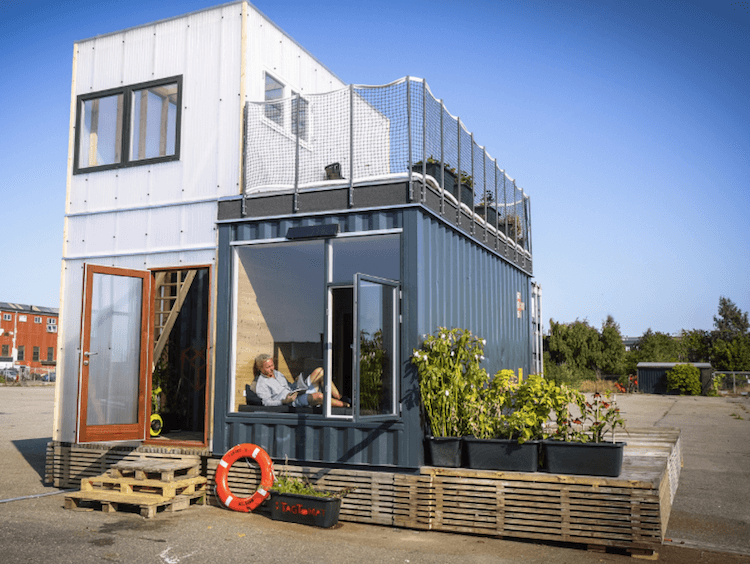 These shelters can be easily merged, divided and reshaped over time. Photo credit: CPH Shelter

Because there is no need to dig a foundation and can be disassembled and reassembled, the homes are ideal for temporary, or even permanent, university housing.

CPH Shelter has a 80 percent lower CO2 footprint in the production phase than traditional buildings, the company boasts on their website.

The CPH Village project will be launched later this year. “Our effort to create cheap, flexible and sustainable colleges have taken a big leap forward,” the company wrote on a Facebook post in November 2015. “Yesterday the city council of Copenhagen unanimously agreed to ask the Danish government to adjust the Planning Act and make it possible to construct temporary student residences in urban perspective areas—eg. Refshaleøen or Nordhavn in Copenhagen.

“The government will present their proposals for a new Planning Act early 2016. If the right framework is put in place, we are ready to construct hundreds of sustainable and affordable student housing in the coming years.” 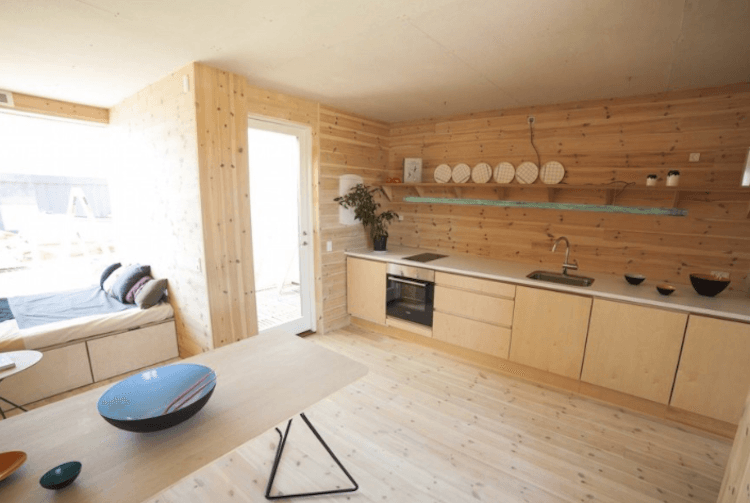 The house is not painted inside to avoid fumes from the paint. Photo credit: CPH Shelter

Copenhagen won’t be home to the first shipping container student village in the world. In Amsterdam, The Wenckehof—which consists of 1,000 shipping containers converted into housing for students—is the largest development of its kind, The Guardian reported in October 2015.

Although shipping container homes have its critics, advocates tout its versatility and affordability. One Wenckehof resident told The Guardian that he pays is €450 a month ($505) in rent to live at Wenckehof and also qualifies for a €140 ($170) monthly housing subsidy, much cheaper than the €600 ($675) a month that students often pay to share an apartment in central Amsterdam.