Ship That Spilled 700+ Gallons Into Vancouver, BC Bay Acquitted 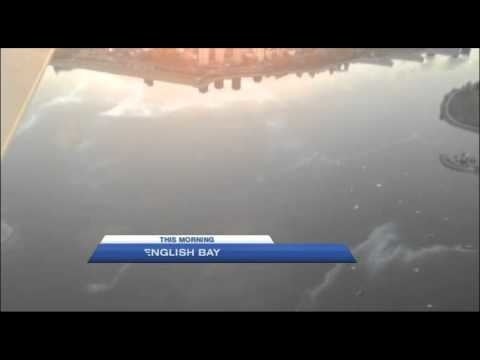 The ship MV Marathassa was acquitted of all charges Thursday relating to an oil spill that released 2,700 liters (approximately 713.3 gallons) of fuel into Vancouver, B.C.’s English Bay and coated four migratory birds with oil.

The ship was originally charged with discharging a pollutant into the water on April 8, 2015 and failing to implement a pollution plan in response.

The City of Vancouver maintained the ship still owed it more than half a million dollars in cleanup costs, which it has not given up pursuing.

“The city is disappointed to learn that the charged related to this oil spill have been dismissed,” it said in a statement reported by Global News Thursday.

B.C Provincial Court Judge Kathryn Denhoff acquitted the vessel, registered to Cyprus, for the following reasons, according to The Vancouver Sun.

1 .The Spill Was Not ‘Foreseeable’

Denhoff ruled that there was no way the owners of the ship, which had only been operational for three weeks, could have detected the defects in its construction that caused the spill ahead of time.

“The two defects were not foreseeable to the owner or crew of the Marathassa and were only discovered after the leak of fuel oil was traced back to the area of the defects,” the judge ruled. “Those defects were not foreseeable to the external auditors of the shipbuilding or to two experienced Transport Canada inspectors, who spent an entire day inspecting the vessel and searching for the source of the fuel-oil discharge.”

2. The Ship Did Help With Recovery

The ship had been charged with failing to carry out its emergency plan, but Denhoff ruled it did in fact do so by taking samples of the oil and helping to contain the spill.

“As a result, the Marathassa is acquitted of all charges,” Denhoff concluded.

Most of the fuel from the spill was recovered or dispersed within 48 hours, but it still harmed the environment of the shores surrounding English Bay. The City of Vancouver said it would continue to seek financial compensation for the money it spent on recovery.

“The city’s claim for compensation is under the Marine Liability Act which imposes a different standard of liability t[h]an the quasi-criminal charges brought under different statutes that were the subject matter of [Thursday’s] court decision. Accordingly, the city does not anticipate that the court’s decision will have any impact on its cost recovery claims,” the statement reported by Global News said.