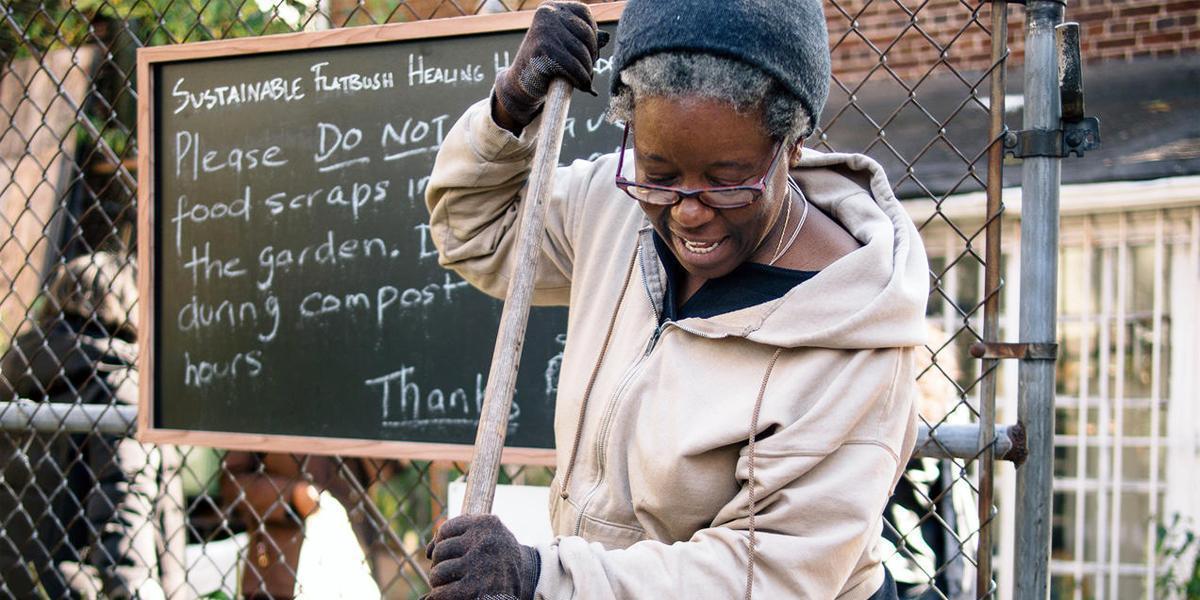 Most people don’t move to New York City and become farmers. Sheryll Durrant certainly wasn’t planning to when she left Jamaica for Manhattan in 1989. She got her undergraduate degree in business from the City University of New York’s Baruch College and spent the next 20 years in marketing. Then, when the 2008 financial crisis hit, Durrant decided to leave her job and try something new: volunteering at a community garden in her Brooklyn neighborhood.

It wasn’t exactly uncharted terrain for this farmer’s daughter. Growing up in Kingston, Durrant regularly helped her parents harvest homegrown fruits and vegetables. “But it didn’t dawn on me that that was what I wanted to do,” she said. Volunteering in the Brooklyn garden reminded her of her roots. “I would plant flowers or melons and that sense of putting your hand in the soil and becoming a part of that green space flooded back to me,” she explained. 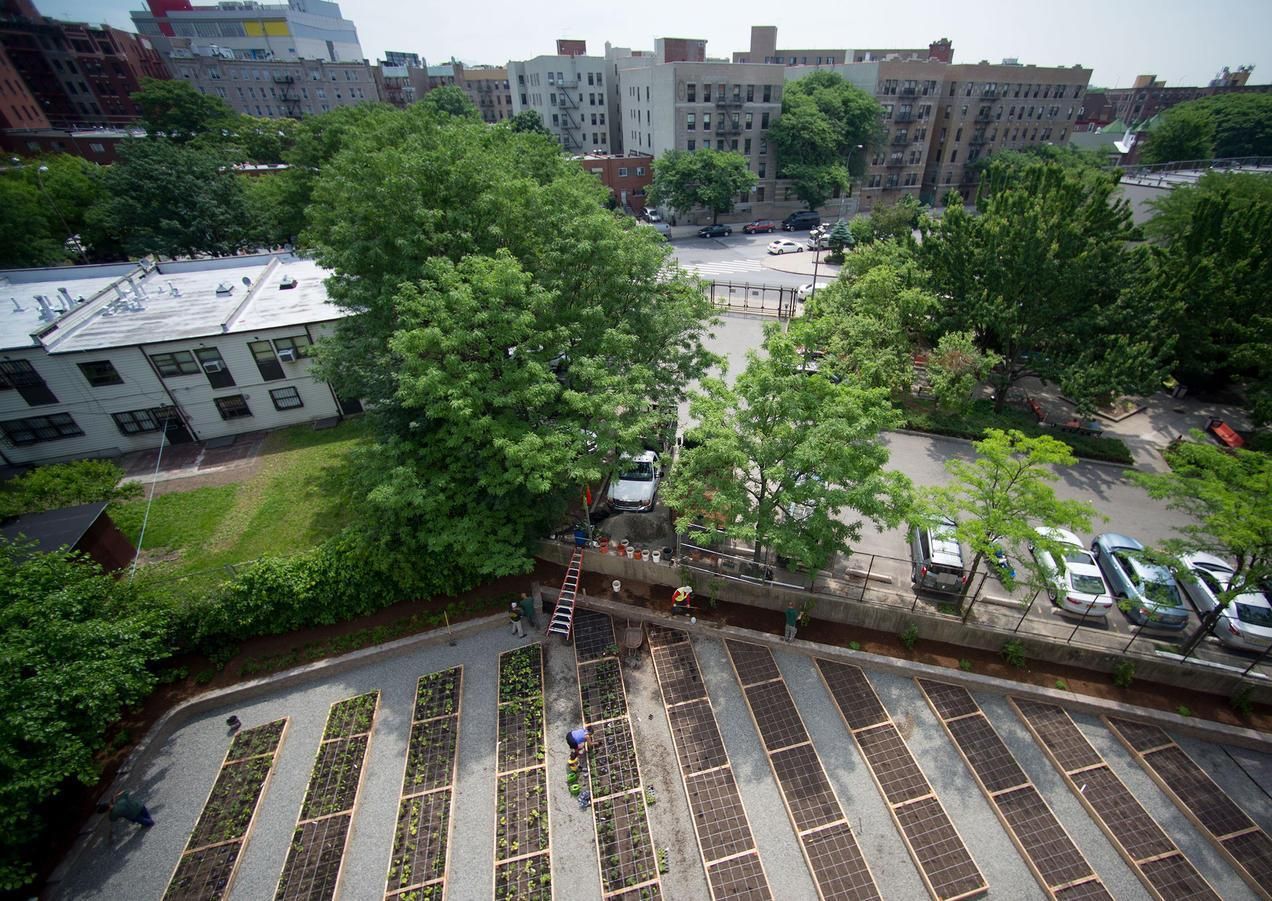 Fast-forward to today. Durrant is a leader in New York’s flourishing urban farming movement, which includes more than 600 community gardens under the city’s GreenThumb program, plus hundreds more run by other groups across the five boroughs. A food justice advocate with a certificate from Farm School NYC, she’s also a “master composter” and a community garden educator and she does outreach work for Farming Concrete, a data collection project that measures, among other things, how much urban farms and gardens produce.

Durrant’s early work at the Sustainable Flatbush garden taught her the crucial first step in initiating any community project: Know your neighborhood’s needs.

“We started by asking people in the community, ‘What do you want to see?,'” she said. This market-research approach turned out to serve her goals—and her neighbors—well. When community members, many of whom were immigrants, expressed a desire to grow the plants and herbs of their native countries, Durrant and her fellow green thumbs collaborated with a local apothecary to establish a medicinal and culinary herb garden and to organize free workshops on how to use the herbs. These garden sessions—which covered women’s and children’s health, eldercare, and mental health issues like depression—at times drew more than 100 attendees.

After Brooklyn, Durrant relocated to the South Bronx, a neighborhood that’s notoriously polluted, underserved and disproportionately malnourished, with more than one in five residents considered food insecure. The borough’s gardens, said Durrant, help fill a void, serving as “one way we can bring fresh fruit and vegetables to a community that doesn’t normally have access.”

At the Kelly Street Garden, a 2,500-square-foot space on the grounds of an affordable housing complex, she serves as garden manager. And at the International Rescue Committee’s New Roots Community Farm, a half-acre garden whose members include resettled refugees from countries like Myanmar and the Central African Republic, she works as a seasonal farm coordinator. 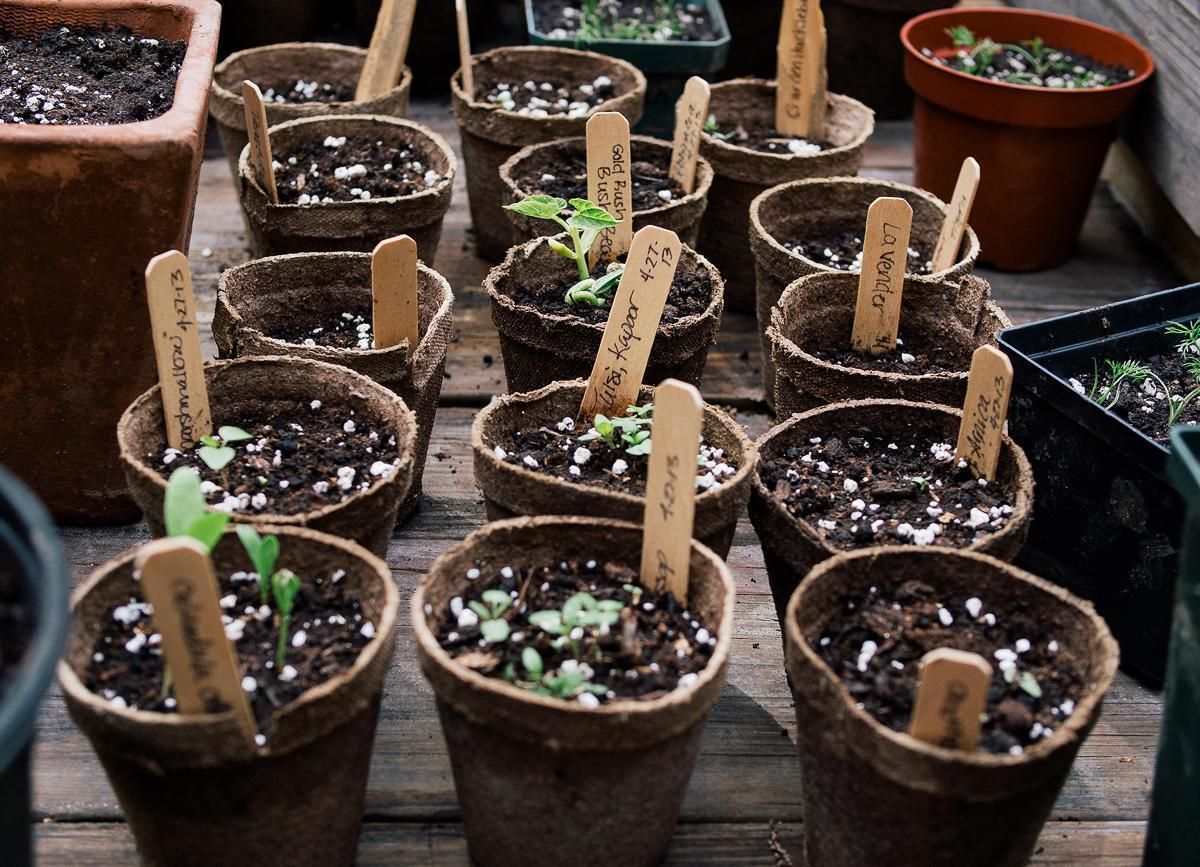 Last year, the Kelly Street Garden produced 1,200 pounds of food, available to anyone in the community who volunteered at the garden (and even those who didn’t), free of cost. It was one of the few purveyors of healthy food in the neighborhood, where local stores often carry produce that’s neither affordable nor fresh, due to lack of turnover. “If I have a limited amount of income, why would I waste my money or benefits on food that is going to perish in no time—that’s already rotted when I get there?” Durrant said. For this reason, she explained, people often resort to purchasing processed foods that come in cans and bags. The longer shelf life stretches a tight budget. It also demonstrates why hunger often goes hand in hand with obesity—a problem particularly prevalent in the Bronx.

“I’m not going to say that community gardens and urban farms can feed New York City. Please, it’s a city with over eight million people,” Durrant said. “But they can provide some relief.” What’s more, she added, “They give you access to grow the food you want. That’s where the food justice part comes in.”

Margaret Brown, a Natural Resources Defense Council staff attorney who works on food justice issues, echoes Durrant’s words. “One garden isn’t going to fix hunger in your neighborhood, but community gardens are a way for people to take ownership over the food system in a very tangible way.”

Of course, community gardens give rise to much more than fruits and vegetables. Durrant explained that the Kelly Street Garden serves as a space for cooking workshops and on-site art projects and hosts its own farmers’ market. Meanwhile, the New Roots Community Farm has helped some of its neighborhood’s newest arrivals find one another. “It’s a means of engagement that a lot of our refugees are familiar with,” she said. “It’s welcoming, safe and a place where people can learn at their own pace and get involved in the country where they now live.” Participants practice English (“Food is an incredible tool to teach English—a great entry point,” said Durrant); plant hot peppers, mustard greens, melons and other edibles from their native homes; and exchange recipes. 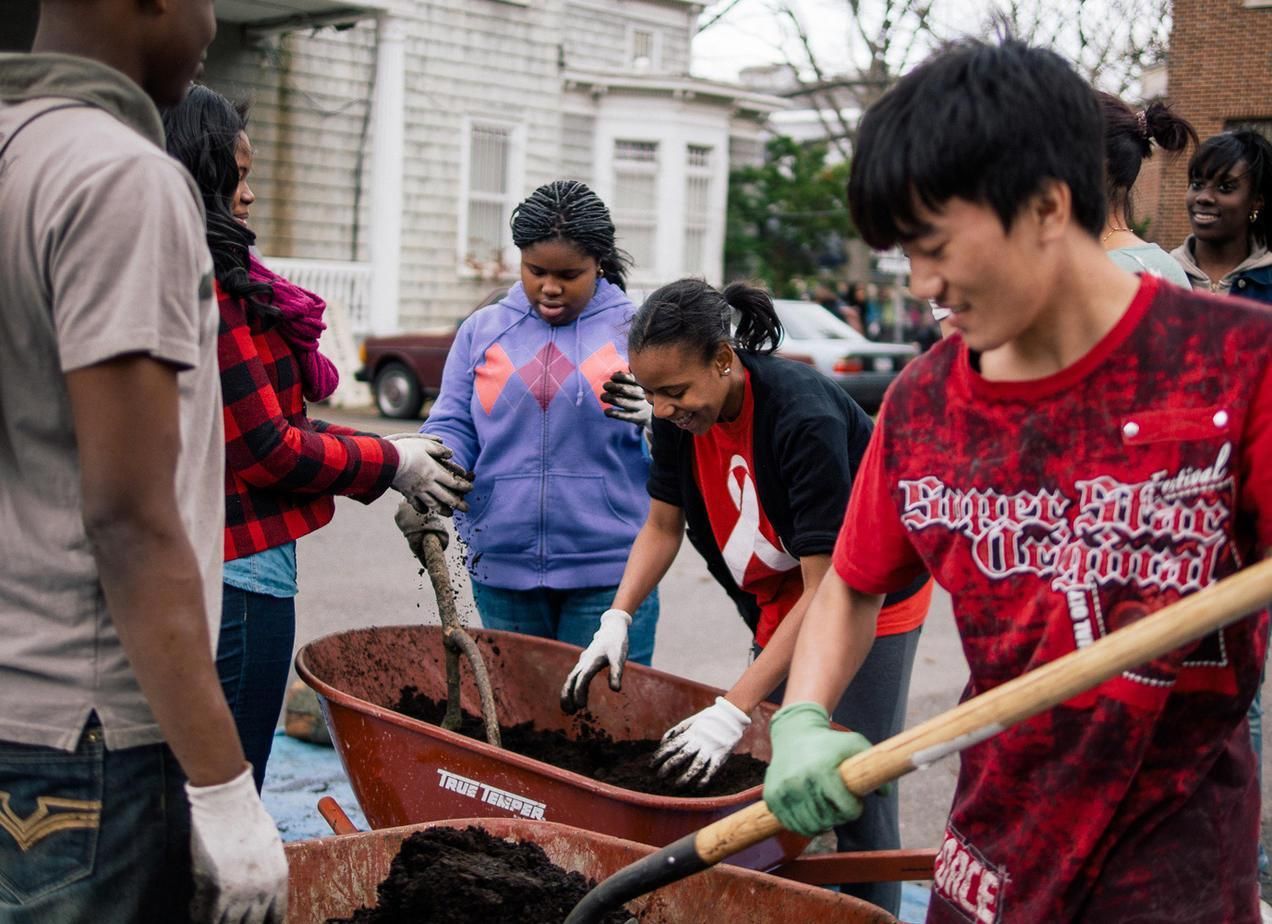 Urban gardens also play a role in nutrition education. “Anecdotally, we’ve seen that when kids go to a community garden and get exposed to fresh fruits and veggies, they’re much more likely to eat them when they’re offered on the school lunch line, salad bar, or at home,” Brown said.

Perhaps most important, the community garden movement and its focus on food inequities help advocates raise awareness of broader, interconnected environmental justice issues—like low wages and lack of affordable housing—that get to the heart of why people struggle to access healthy food to begin with. “Community gardens form a good space for people to come together around those issues,” Brown said, “and hopefully find great organizing allies.”

Durrant is clearly one of them. As part of her community outreach work, she arranges events to bring new audiences (whether corporate employees on volunteer workdays, or visitors on a Bronx Food & Farm Tour) directly through the garden gates. These visitors get a glimpse of the power of a small green lot in a sea of concrete—and if they’re lucky, they leave with a taste of it, too.

Melissa Denchak is a freelance writer and editor, and has contributed to Fine Cooking, Adventure Travel, and Departures. She has a culinary diploma from New York City’s Institute of Culinary Education and loves writing stories about food.