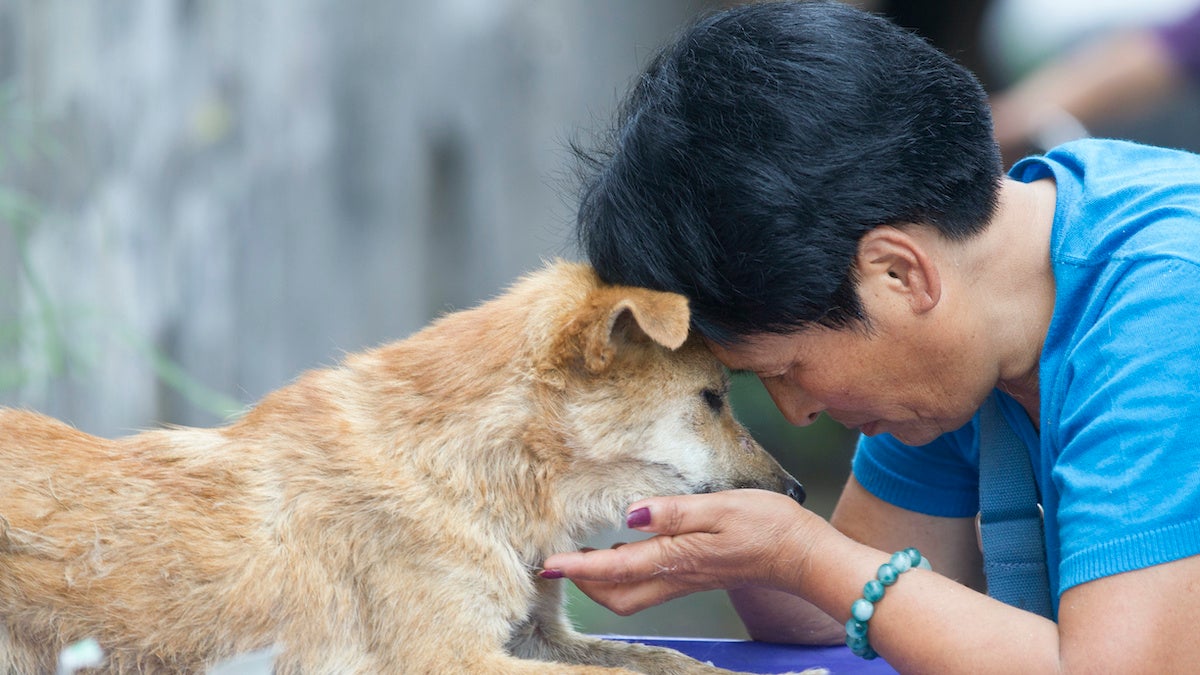 The Chinese city of Shenzhen announced Thursday that it would ban the eating of dogs and cats in the wake of the coronavirus, which is believed to have stemmed from the wildlife trade, according to Reuters.

The new ordinance will start on May 1, and makes Shenzhen the first city in China to ban the consumption of animals raised as pets, as CNN reported. The ban builds on a Feb. 1 decree by the country’s government that made it illegal to eat wild animals.

“Dogs and cats as pets have established a much closer relationship with humans than all other animals, and banning the consumption of dogs and cats and other pets is a common practice in developed countries and in Hong Kong and Taiwan,” a spokesperson for the Shenzhen government said, as Newsweek reported. “This ban also responds to the demand and spirit of human civilization.”

In addition to banning the sale of cats and dogs for food, the new rule, known as the “Shenzhen Special Economic Region Regulation on a Comprehensive Ban on the Consumption of Wild Animals,” permanently bans the consumption, breeding and sale of wildlife — such as snakes, lizards and other wild animals — for people to eat in the city, according to Newsweek.

The rule says that animals that can be eaten include pigs, cattle, sheep, donkeys, rabbits, chickens, ducks, geese, pigeons and quails, among others, according to Newsweek.

“If convicted, they will be subjected to a fine of 30 times the wild animal’s value, if the animal is above the value of 10,000CNY [00 USD],” announced authorities, as CNN announced.

Liu Jianping, an official with the Shenzhen Center for Disease Prevention and Control, told the state-owned media Shenzhen Daily that the poultry, livestock and seafood available to consumers was sufficient.

“There is no evidence showing that wildlife is more nutritious than poultry and livestock,” Liu said, as Reuters reported.

According to the Humane Society International, 30 million dogs are killed each year across Asia for meat. However, eating dog meat in China is actually not that common. The majority of people there say they have never tried it and don’t want to, as the BBC reported.

That said, the Humane Society International praised the move and said it may be an auspicious harbinger for the future protection of dogs, cats and wildlife.

“With Shenzhen taking the historic decision to become mainland China’s first city to ban dog and cat meat consumption, this really could be a watershed moment in efforts to end this brutal trade that kills an estimated 10 million dogs and four million cats in China every year,” said Dr. Peter Li, China policy specialist for the Humane Society International, as Newsweek reported. “The majority of these companion animals are stolen from people’s back yards or snatched from the streets, and are spirited away on the backs of trucks to be beaten to death in slaughterhouses and restaurants across China.”

“Shenzhen is China’s fifth-largest city so although the dog meat trade is fairly small there compared with the rest of the province, its true significance is that it could inspire a domino effect with other cities following suit. Most people in China don’t eat dog or cat meat, and there is considerable opposition to the trade particularly among younger Chinese,” he added.

While authorities are trying to bring the lucrative wildlife trade under control after the outbreak of the COVID-19 pandemic, the cultural roots of China’s use of wild animals are deeply ingrained. Wild animals are not only used for food, but also for traditional medicine, clothing, ornaments and even pets, according to CNN.

“Shenzhen is the first city in the world to take the lessons learned from this pandemic seriously and make the changes needed to avoid another pandemic,” said Teresa M. Telecky, the vice president of the wildlife department for Humane Society International, to Reuters.

“Shenzhen’s bold steps to stop this trade and wildlife consumption is a model for governments around the world to emulate.”