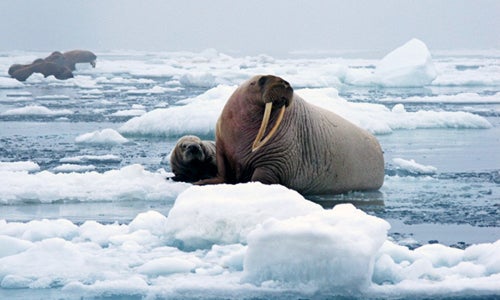 It seems like the battle to save the wild and remote Arctic seas from predatory oil and gas companies never ends. Despite court cases finding it had illegally sold oil and gas exploration leases in the Chukchi Sea off Alaska and despite its own environmental impact study depicting the dangers of drilling there, the U.S. Department of the Interior (DOI) has opened the door to selling offshore drilling leases in the Arctic seas again. Currently there are no gas or oil operations in the Arctic seas, and environmental groups would like to keep it that way. 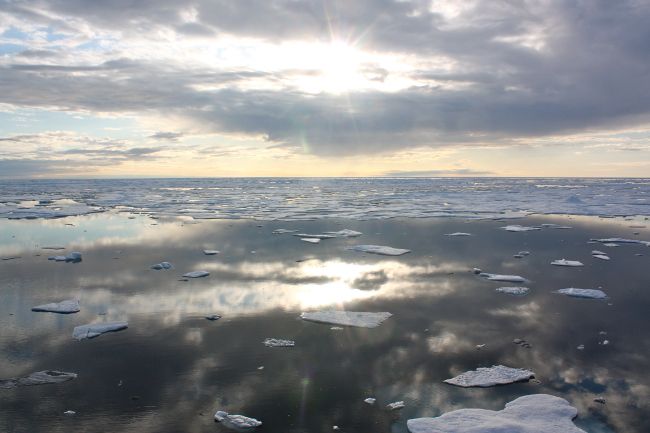 “Our Arctic ocean is flat out the worst place on Earth to drill for oil,” said NRDC’s Alaska director Niel Lawrence. “It is both too fragile to survive a spill and too harsh and remote for effective cleanup.” Photo credit: NASA Goddard Space Flight Center

But this week the DOI announced that it is re-affirming the 2008 Bush-era leases opening 30 million acres of the Chukchi Sea—an area about the size of Pennsylvania—to oil drilling, even though a court-ordered re-analysis showed that the environmental impacts could be far worse than previously thought.

In 2010, a federal district court in Alaska found the 20o8 lease sales violated the National Environmental Protection Act. The following year the Obama administration re-affirmed the sale. Shell attempted to start drilling operations in 2012 but was plagued with misadventures such as a drilling rig running aground. It abandoned its plans to drill in 2013 and 2014.

The leases were again shot down in court in January 2014 after 14 conservation and Native groups represented by Earthjustice brought a lawsuit against Chukchi Lease Sale 193. The court again found the impact study inadequate and determined that the DOI had only analyzed the best-case scenario that “skews the data toward fewer environmental impacts and thus impedes a full and fair discussion of the potential effects of the project.”

“Interior rushed the process of reconsidering the leases, issuing a flawed final environmental impact statement less than two months after it received hundreds of thousands of comments on the draft,”according to Earthjustice. “Rather than take the time fully to assess the impacts and alternatives of leasing in the Chukchi Sea, Interior catered to Shell Oil’s desire to drill as early as this summer.” 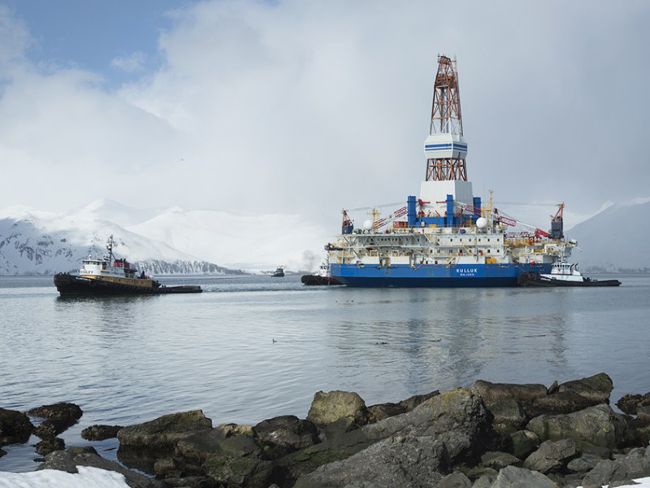 Environmental and Native groups fear that the odds of an oil spill from drilling in the Arctic Sea are too high. Photo credit: James Mason / Earthjustice

Because the area is subject to severe and often dangerous weather conditions and is hundreds of miles from the nearest Coast Guard facility, it would be impossible to respond to or clean up an oil spill there, something the DOI’s environmental impact study concluded had a 75 percent chance of happening. Given the quantity of residual oil and the ongoing ecological impacts of the Deepwater Horizon spill five years ago in the warmer and more accessible Gulf of Mexico, that’s a frightening thought.

“Our Arctic ocean is flat out the worst place on Earth to drill for oil,” pointed out Natural Resources Defense Council (NRDC)’s Alaska director Niel Lawrence. “The world’s last pristine sea, it is both too fragile to survive a spill and too harsh and remote for effective cleanup. Shell’s disastrous misadventures there in 2012 prove it can never be a secure source of energy for America.”

“It is unconscionable that the federal government is willing to risk the health and safety of the people and wildlife that live near and within the Chukchi Sea for Shell’s reckless pursuit of oil,” said Friends of the Earth‘s Marissa Knodel. “Shell’s dismal record of safety violations and accidents, coupled with the inability to clean up or contain an oil spill in the remote, dangerous Arctic waters, equals a disaster waiting to happen. Alaska, beware: with a 75 percent chance of a large oil spill and a 100 percent chance of environmental degradation from drilling-related activities, today’s decision foreshadows dark days to come for the state warming twice as fast as the rest of the nation.”

Greenpeace’s executive director Annie Leonard agrees. “Shell may now have approval from the Obama administration to drill in theArctic, but it does not have approval from the people. Millions around the world are saying ‘no’ to Arctic drilling and other extraction projects that we have to freeze to avoid catastrophic climate change. On the same day President Obama pledges to cut U.S. greenhouse gas emissions by nearly a third, he opens the back door for one of the most irresponsible oil companies to drill in the Arctic.” 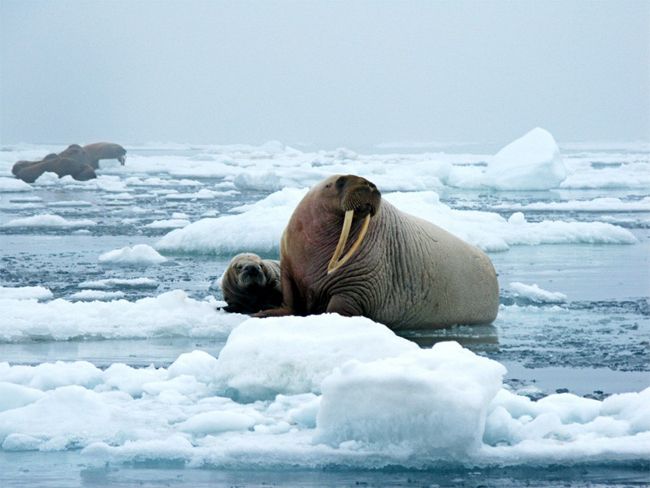 Walruses in the Chukchi Sea have been forced ashore by melting ice cover, something drilling would accelerate. Photo credit: Sarah Sonsthagen / USGS

Oil spills and their impact on wildlife and the isolated Native communities that rely on the sea for their livelihood are only part of the concern of the environmental groups opposing the re-opening of the leases. They’re concerned that upsetting its balance would hasten the melting of its ice cover, something drove tens of thousands of walruses ashore last fall in both Alaska and Russia, and help fuel climate change.

“Interior still has time to make a better decision when evaluating Shell’s drilling plan, and we sincerely hope it says no to Shell’s louder, bigger and dirtier tactics, loaded with potential environmental harm,”said Earthjustice staff attorney Erik Grafe. “The region is suffering dramatically under climate stress, and drilling will only further stress the region’s wildlife and people and ultimately worsen climate change.”

“The industrial oil development that Interior hopes will flow from its decision to approve the Chukchi lease sale gives us a 75 percent chance of a large oil spill and a 100 percent chance of worsening the climate crisis,” said Rebecca Noblin, Alaska director for the Center for Biological Diversity. “I don’t like those odds.”