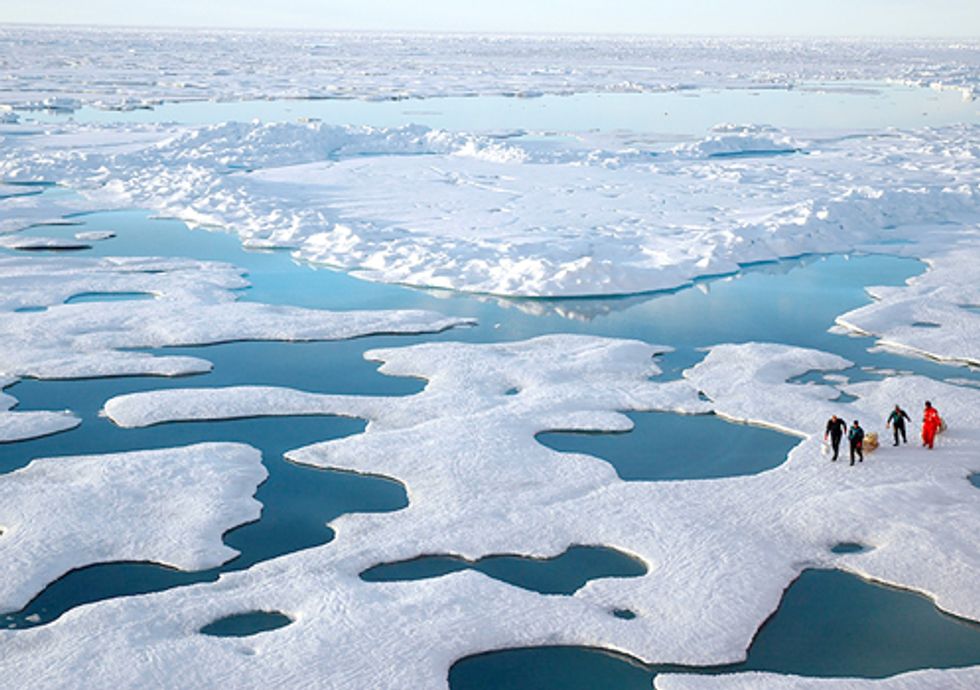 You’ve probably heard that Shell is planning to drill in Arctic waters. But now the plot thickens—In a bizarre move, Shell has decided to preemptively sue a group of environmental groups, including Oceana, to attempt to silence our voices and remove our right to challenge their spill response plan.

Naturally, environmentalists have been fighting against Shell’s plan—the Arctic is a fragile environment, and an oil spill there would be a tragedy for Arctic communities, seals, polar bears, and more. Even the U.S. Coast Guard has said they don’t have the resources to deal with an Arctic spill.

Oceana has been campaigning to prevent unsafe drilling in the Arctic, along with many other environmental groups. Greenpeace made the news recently for protesting aboard an Arctic bound oil-drilling ship with actress Lucy Lawless.

The truth is, there is no known technology to clean up spilled oil in icy Arctic ocean conditions. Shell does not have some magic solution. Clean-up crews at the recent Gulf of Mexico spill were only able to recover about 10 percent of the spilled oil, and that was in a warm environment with relatively calm seas.

In the icy Arctic 1,000 miles from the nearest Coast Guard station, clean-up efforts would be extremely difficult, if not impossible. By saying otherwise, Shell is misleading the public and the government.

We’ll keep you posted as this curious lawsuit unfolds.