How This Oil Giant Influences Curriculum at Top Dutch University 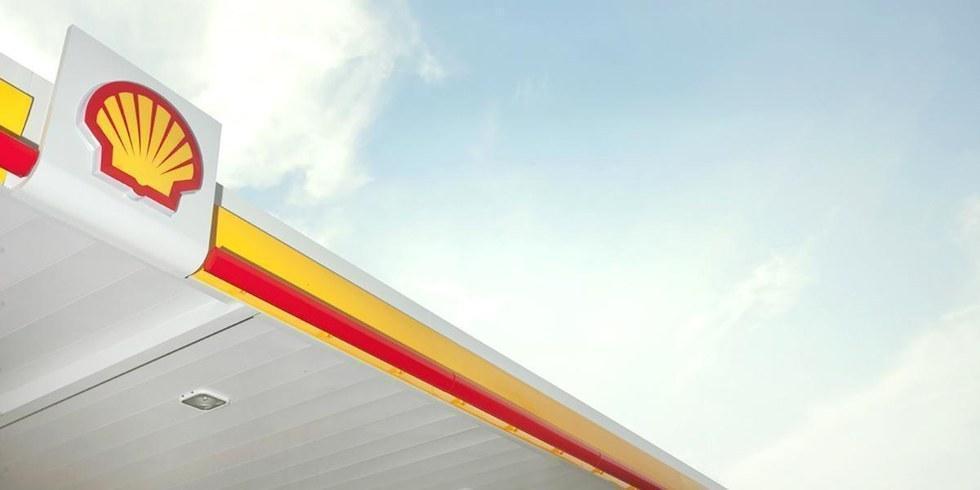 Shell has a contractual agreement with a major Dutch university, which allows the oil giant to influence its curriculum, according to documents seen by Energydesk.

Shell also paid Erasmus University hundreds of thousands of euros for conducting research into the business climate for multinationals in the Netherlands, invoices paid in 2008 and 2009 show.

The university, which ranked 69th in the 2017 world university rankings, said it “has nothing to hide.” It said that Shell has played “no formal part” in the development of its curriculum and would create a publicly available register of its corporate ties, in response to the findings.

The contract was signed in 2012 between Shell and the Rotterdam School of Management (RSM), an international business school which is based at Erasmus University in the Netherlands, where Shell is headquartered. It states that RSM will provide tailored business advice to Shell, in return for cash.

The findings are published after Energydesk revealed Shell was strategically targeting young people, academics and business leaders, as part of a PR push designed to position itself as a low carbon leader—despite spending more than $7 billion on efforts to drill in the Arctic.

Universities across the world have pledged to move their own money out of oil, gas and coal, but many continue to take funding from fossil fuel giants. In 2015, top UK universities admitted to having taken millions, prompting concerns about conflicts of interest.

A photograph taken last week of an abridged version of the contract, displayed in public, suggests it is still in force. Correspondence between Shell and RSM, seen by Energydesk, suggests the university is pushing for closer collaboration.

In an email, dated June 2016, to a senior executives at Shell, a staff member at RSM said:

“We would like to present to you how a broad spectrum of relevant expertise in combination with a high volume of talented young people is being ‘produced’ by RSM and why we should therefore strive to work towards a much more substantial strategic partnership between RSM and Shell.

The sustainable management issues around the challenges and opportunities Shell is facing match to a large extent the focus of RSM and its 7500 students and 350 researchers.”

The documents were obtained through Dutch freedom of information laws and are part of a body of research conducted by Vatan Hüzeir, a sociology lecturer at Erasmus University and the director of sustainability think-tank Changerism. The study into the university’s relationships with the fossil fuel industry was originally commissioned by the university, but it said the researchers had “diverted from their original brief.”

The contract outlines the formation of “sustainable and mutually beneficial relationship between Shell and RSM, based on agreed and long-term objectives,” under the guidance of a steering group that matches relevant academics with business areas targeted by Shell.

It states that Shell will be free to “potentially influence the design of the RSM curriculum and the profile of students who attend.”

The full contract also states: “RSM has one of the largest research capabilities in Europe. RSM can provide research expertise to Shell (at cost), focusing on some of Shell’s key interests.” 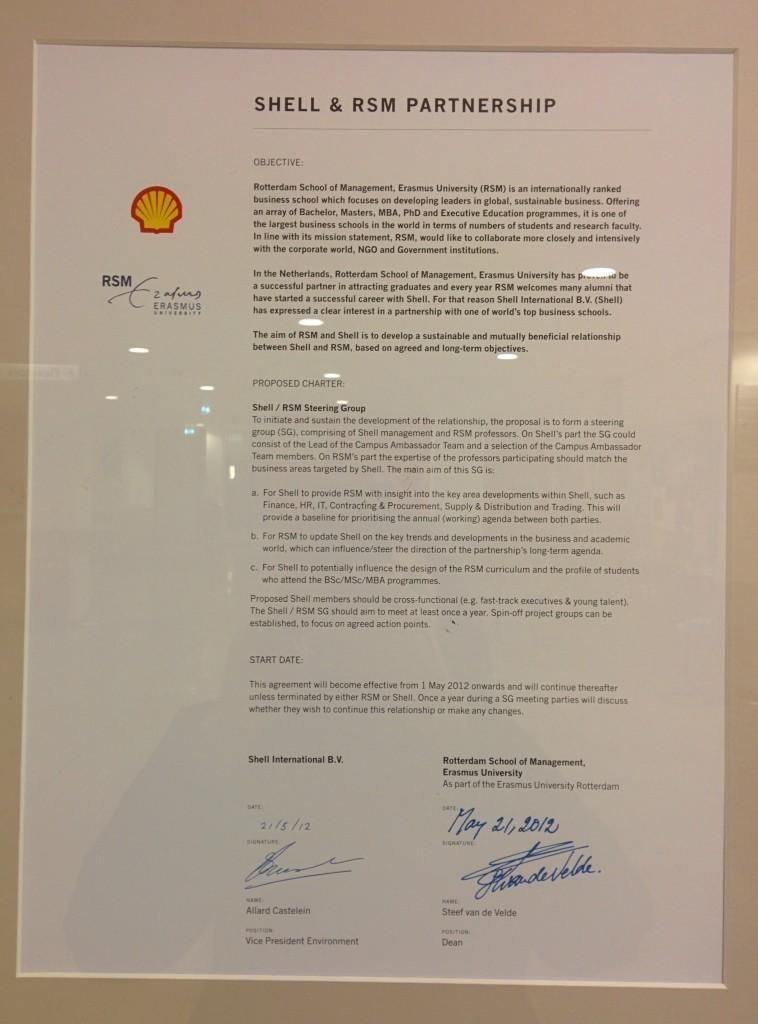 The Netherlands was identified as a primary market, alongside the UK, the U.S. and Canada.

It cites “energy engaged millennials” as a key target group for growing “brand loyalty,” because “as the business influencers, opinion leaders, customers, employees and citizens of the future their views will become increasingly important for Shell as time goes on.”

The new strategy will also “help ‘open doors’ in building relationships with key stakeholders in support of business objectives,” it says.

But in the same document, Shell warns: “We have no immediate plans to move to a net-zero emissions portfolio over our investment horizon of 10-20 years.”

In a statement published online by RSM and Erasmus University, dean Steef van der Velde said that corporations have no say in their education or research programs:

“The process of developing and formulating a curriculum is handled with great care within the university with scholars and students participating. Neither Shell nor any other company plays a formal part in this process.

“Of course, external organisations and stakeholders are involved during the accreditation process and programme evaluations. After all, the extent to which an academic programme connects to the requirements of the employment market is an important factor in students’ decisions to enrol in that programme.

“Not a single part of RSM’s strategy and of its execution is connected to fossil fuel companies in any way, and in no way the Advisory Board determines RSM’s strategy. Curricula can be set and changed only by means of a very rigorous process that involves RSM’s Programme Committees and the various accreditation organisations.”

Shell responded to Energydesk’s request for comment by pointing to RSM’s statement on the matter.

In regard to funding research by the university, a Shell spokesperson added: “Dutch employers’ organization VNO-NCW commissioned the research project in 2009 on behalf of (a group of) its members. Shell contributed financially, as was also confirmed by VNO-NCW. Multinational companies create a lot of jobs and are of great importance to the Dutch economy.”