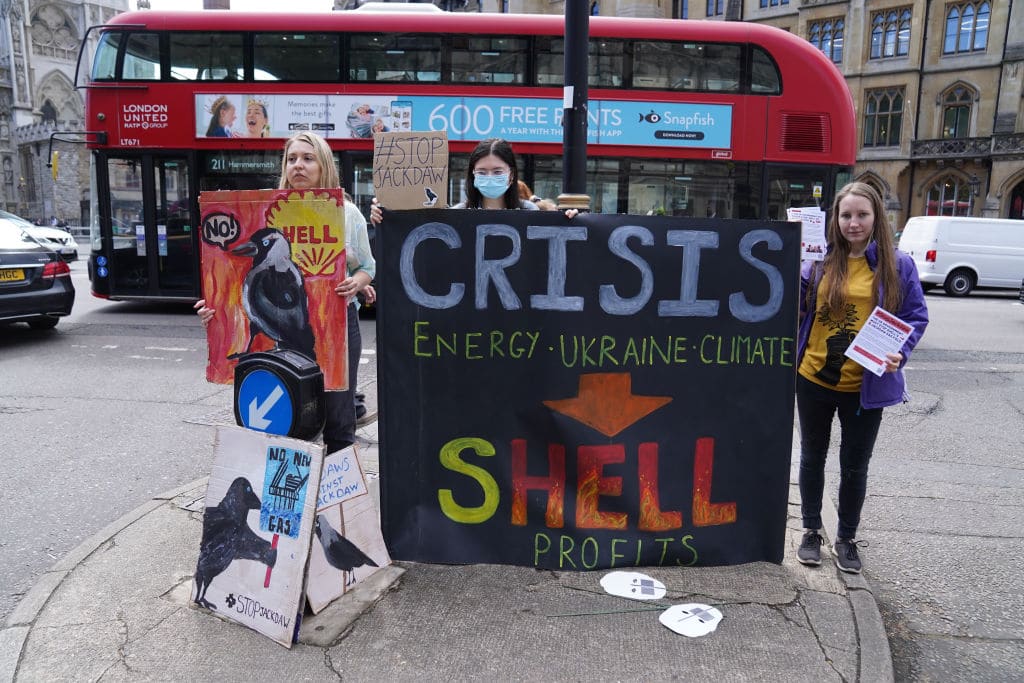 However, in the end a majority of shareholders backed the company’s climate plan over the more ambitious plan proposed by activist shareholder group Follow This.

“Today’s voting results are a loss in the fight against the climate crisis,” Follow This founder Mark van Baal said in a statement. “Today, everybody loses except the board of Shell, who will hang on to fossil fuels investments for another year and continue to fuel the climate crisis with their outdated business model.”

Shell’s shareholders were gathered at the Methodist Central Hall in Westminster, The Guardian reported. The shareholders assembled to choose between distinct climate change strategies, according to Reuters.

Shell aims to achieve net-zero emissions by 2050, including the emissions from its products once they are sold. However, it has appealed a Dutch court ruling mandating that it set an earlier target of cutting lifecycle emissions by 45 percent by 2030 in order to be in line with the Paris agreement.

Shell maintains that its existing plan does conform to the landmark climate agreement, but Follow This disagrees, saying that it does not move quickly enough.

“Shell’s target to reduce the net carbon intensity of its products [Scope 3] by 20% by 2030 will not deliver absolute emission reductions to achieve the Paris goals,” van Baal said in a statement. “Moreover, Shell doesn’t plan to shift investments substantially away from fossil fuels to renewables and plans to increase natural gas production.”

Shell faced external opposition as well, as around 40 protesters attended the meeting as shareholders, The Guardian reported.

“We will expose you. We know who you are. We know what you have done. We will remember,” the protesters told the board, as The Guardian reported.

Protests were also held outside the meeting venue throughout the morning.

The fossil fuel company said it supported the right to protest, but did not agree with the tactics of activists who disrupted the meeting and glued themselves to chairs.

“We respect the right of everyone to express their point of view and welcome any engagement on our strategy and the energy transition which is constructive. However, this kind of disruption at our AGM is the opposite of constructive engagement,” the company said in a statement reported by The Guardian. “We agree that society needs to take urgent action on climate change. Shell has a clear target to become a net zero emissions business by 2050.”

In the end, Shell chairman Sir Andrew Mackenzie asked all non-demonstrating shareholders to leave the main meeting room for lunch while the protesters were cleared. A total of three people were arrested.

“We’re here to embarrass them and hold them to account,” Knox said.