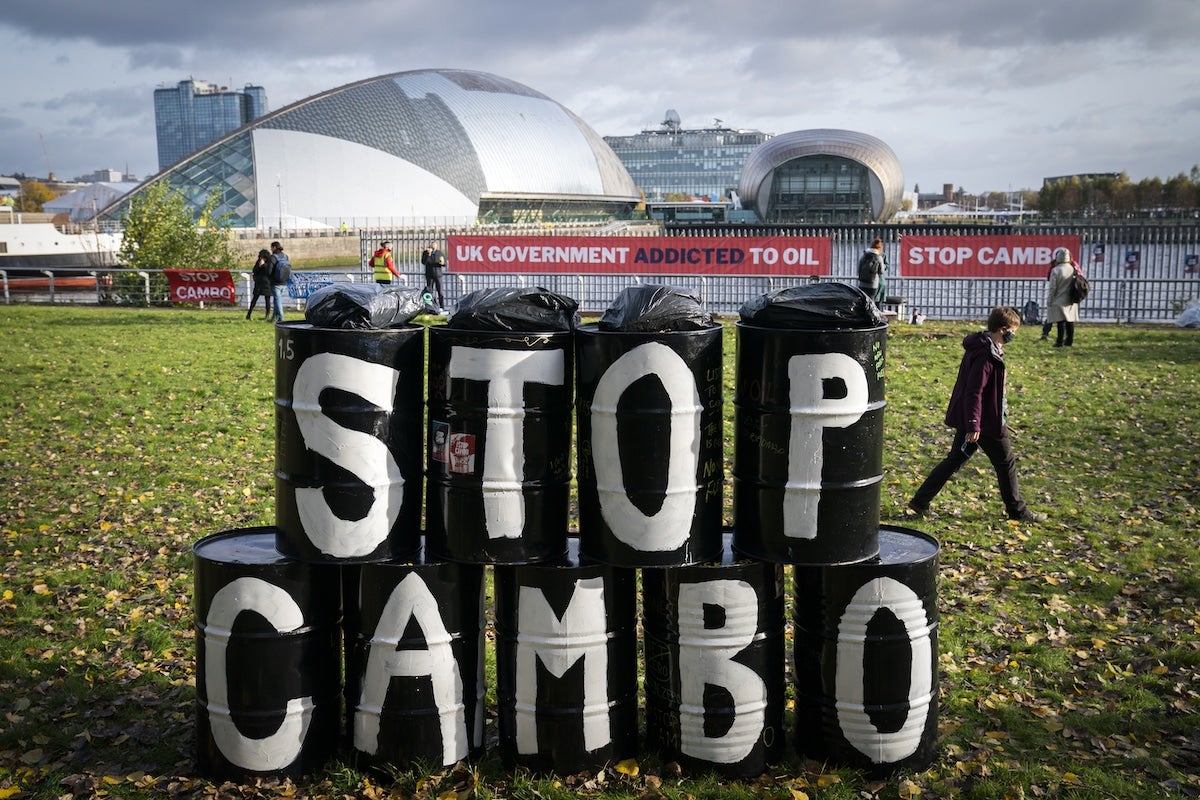 Climate activists celebrated last December when fossil-fuel giant Shell said it would pull out of the Cambo oilfield project in the UK. Now, it looks as if those celebrations might have been premature.

Shell is reportedly reconsidering its decision now that the “economic, political and regulatory environment” has changed following Russia’s invasion of Ukraine and the subsequent surge in oil prices, BBC News reported.

The Cambo oilfield is located to the west of Shetland. It was first licensed for exploration in 2001 and could produce hundreds of millions of barrels of oil. Environmental campaigners have warned that developing the field would threaten the UK’s goal of reaching net-zero emissions by 2050. They also argue it could threaten hundreds of ocean species, The Independent reported. Following activist pressure, Scotland’s First Minister Nicola Sturgeon said in November that she opposed the project.

When Shell pulled out of the project in December, it cited a weak economic case for the project along with potential regulatory delays, BBC News reported. Since then, however, Russia invaded Ukraine. This has sent oil prices soaring from under $70 for a barrel of crude in December to consistently more than $100 over concerns that other countries will avoid Russian oil or Russia will shut off the tap. At the same time, the UK government has been more willing to speed investment in domestic fossil-fuel production in order to reduce its reliance on Russian oil and gas.

Sources familiar with the situation told BBC News that Shell’s official position had not changed, but that the economic and political situation had “changed enormously.” Shell still owns an interest in Cambo, The Guardian reported, and it is believed to still have analysts assigned to the project. However, Shell does not appear to have reconsidered its investments at its most senior levels.

Environmental advocates like van Baal pointed out that developing Cambo would contradict the advice of the International Energy Agency, which said that no new fossil-fuel exploration could be allowed if the world is to meet the Paris agreement goal of limiting global warming to 1.5 degrees Celsius above pre-industrial levels.

“Any new fields will be stranded if we are to meet the Paris climate targets,” van Baal said.

“Contrary to what [Business Secretary] Kwasi Kwarteng has said, this isn’t ‘our oil,’” Uplift director Tessa Khan told BBC News. “It belongs to Shell who will sell it abroad to the highest bidder. According to the government’s own figures, 80% of North Sea oil is put in tankers and exported. What it will do is produce carbon emissions equivalent to 18 coal-fired power stations, when we are already experiencing the impacts of the climate crisis. Cambo makes as little sense today as it did last year.”

“The type of oil that can be extracted from Cambo is not usable in the UK, so this project will do nothing to tackle high bills or shore up energy security,” Evans told The Guardian.

Shell has also promised to achieve net-zero emissions by 2050.