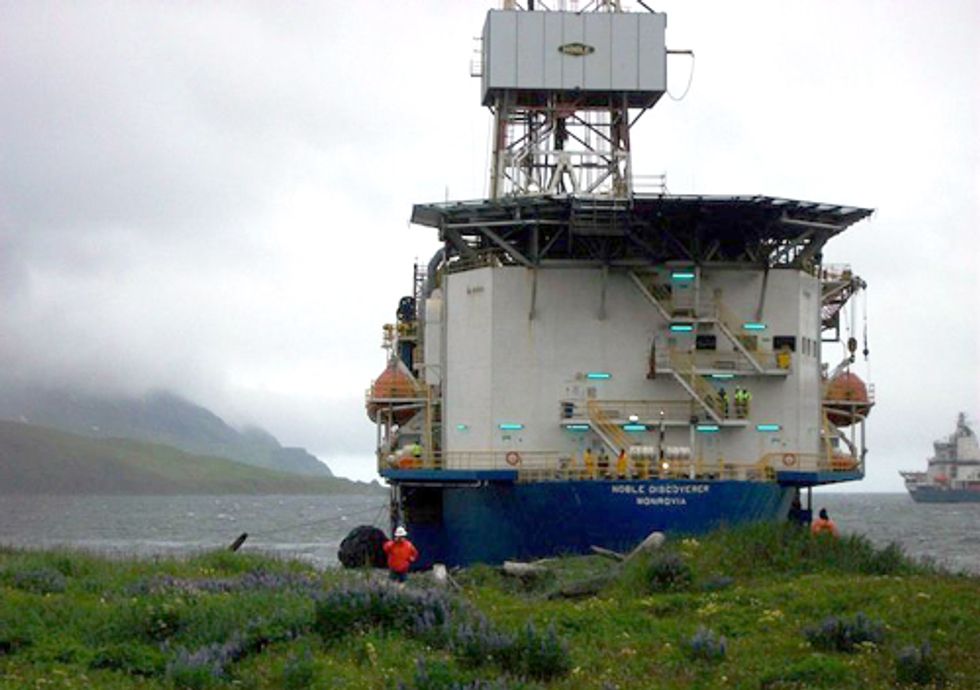 In a letter to the U.S. Environmental Protection Agency (EPA) sent on July 19, a coalition of conservation organizations asked the agency to uphold the requirements of the Clean Air Act and refuse Shell Oil’s request for a waiver that would allow the company to exceed air pollution limits in the Arctic.

Shell previously said it could meet permit limits for its drilling operations in the Arctic. Now, with its drillship poised to begin drilling, Shell suddenly admitted that it cannot comply. At the eleventh hour, Shell asked EPA for a “compliance order” that would allow the oil giant to violate the Clean Air Act. The conservation groups said that Shell’s request for a compliance order would allow Shell to skirt the law and go back on its promises.

This request is the latest of a litany of last-minute problems that call into question Shell’s readiness and the government’s oversight.

In addition to seeking permission to violate the terms of its air permit, Shell has said that it will not recover most spilled oil, but only “encounter” it. It argued with the Coast Guard about building its response barge strong enough to withstand Arctic storms. And last week, it lost control of its drillship in Dutch Harbor, Alaska.

“Shell wants to break the law and violate the Clean Air Act in order to begin drilling in America’s Arctic Ocean this summer. No company should be allowed to do this—especially not in the Arctic, one of the most sensitive and important undeveloped places we have left on our planet.

“This is just one more broken promise from Shell, one more reason why the company can’t be trusted to drill in the Arctic.

“Not only has Shell admitted that it cannot meet its current permit limits, it has proposed revisions that would also violate the Clean Air Act. EPA should turn down Shell’s request for special treatment.

“In this country, we have clean air and clean water because we established safeguards to protect our health, welfare and environment. A corporate giant like Shell should not be granted an exception to these requirements simply because it wants to use equipment that does not comply.

“Shell Oil is clearly not ready to begin drilling for Arctic oil this summer. We call upon EPA to revoke Shell’s existing air permit and proceed carefully to determine whether a new or modified permit can be issued that meets the requirements of the Clean Air Act before allowing Shell to drill.”

Read the letter by clicking here.