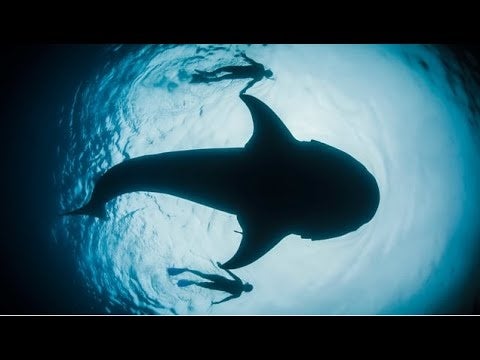 President Trump might have an affinity for elephants, but not so much for another threatened and iconic species: sharks. As adult film actress/Trump’s alleged ex-mistress Stormy Daniels claimed in a recent interview with In Touch Weekly, the Donald is “terrified” of the big predators, never donates to shark charities and hopes that “all the sharks die.”

But in the few days since the bizarre anti-shark opinions came to light, shark conservation charities have seen a surge in donations specifically mentioning Trump.

“We have been receiving donations in Trump’s name since the story was published,” said Cynthia Wilgren, chief executive officer and co-founder of
Atlantic White Shark Conservancy, told MarketWatch.

The Verge reported that one donation to Sea Shepherd Conservation Society came with the comment “Because Trump.”

Another donor said, “Contribution to save the Sharks after reading the article ‘Trump hopes sharks die,'” according to Zorianna Kit, media director for Sea Shepherd Conservation Society.

Tabloid fodder aside, Trump really does seem to dislike sharks, as seen in these tweets from
2013 and 2014. He also controversially ate shark fin soup in Vietnam during his trip to Asia in November.

But sharks are some of the ocean’s most
misunderstood creatures. The apex predators maintain the species below them in the food chain and serve as an indicator for ocean health. Oceana explained, “as predators, they shift their prey’s spatial habitat, which alters the feeding strategy and diets of other species. Through the spatial controls and abundance, sharks indirectly maintain the seagrass and corals reef habitats. The loss of sharks has led to the decline in coral reefs, seagrass beds and the loss of commercial fisheries.”

Unfortunately, 25 percent of shark species are listed as
endangered, threatened or near threatened by extinction due to threats that include bycatch and the brutal practice of shark finning. Some 75 million sharks a year are killed, as Captain Paul Watson, Sea Shepherd Conservation Society founder, told MarketWatch.

Let’s not forget that since taking over the White House, Trump and his administration’s policies could bring much harm to our oceans and its creatures. From the administration’s proposal to massively expand new
offshore oil drilling off U.S. coastlines, to possibly changing the boundaries of two marine monuments in the Pacific Ocean: Pacific Remote Islands and Rose Atoll.

Conservationists said Trump’s comments about sharks were “ignorant,” but Watson said, “Anything that focuses attention on the plight of sharks worldwide is valuable, so I guess in that way the president did good service.”