How to Protect Sharks From Overfishing 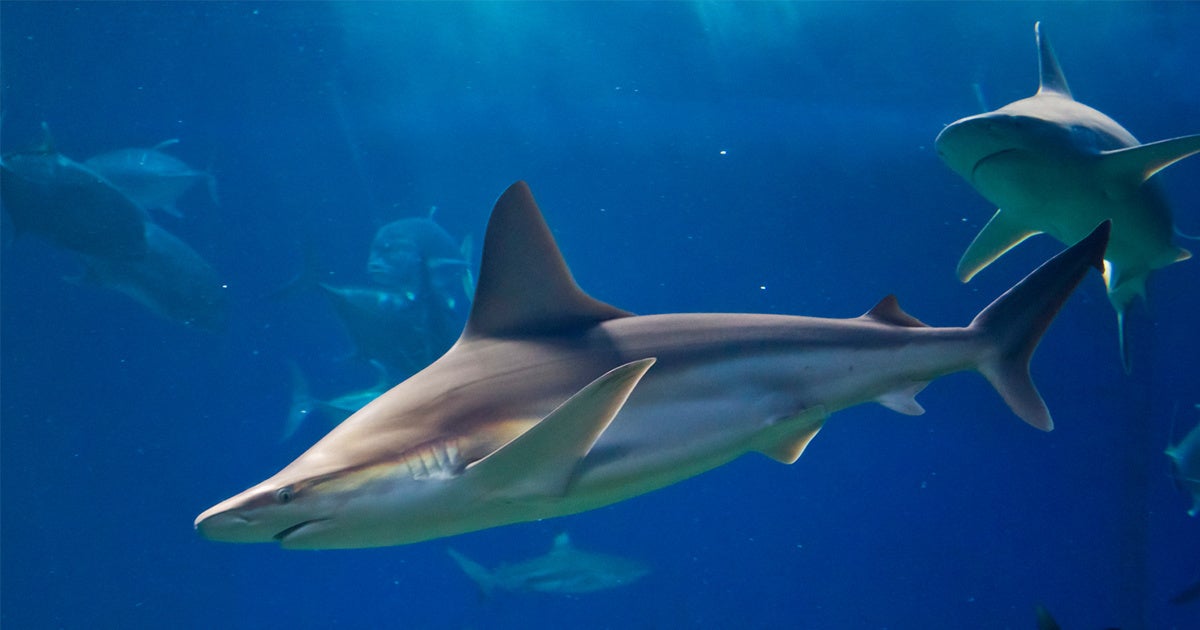 How can we better protect sharks and rays from overfishing?

These related species — which, along with chimaeras, are known collectively as chondrichthyans — include some of the most threatened marine fishes in the world. Sharks and rays face a variety of threats depending on where they live and swim, but the biggest risk comes from overfishing, which takes a noticeable toll on these slow-growing, slow-to-reproduce animals. As a result, nearly 1 in 4 species of chondricthyan fishes is estimated to be, or assessed as, threatened, according to the IUCN Red List.

To fight this threat, nations have increasingly turned to a popular policy tool called a marine protected area — a part of the ocean where fishing is restricted or banned entirely. Between 2016 and 2018 the total area of ocean designated as MPAs to protect sharks and rays doubled to more than 8.1 million square miles.

However, not all MPAs are created equal. Some ban all fishing, while some only ban certain types of fishing gear. Some are focused on a particular habitat, while others are enormous and aim to protect a large ocean area. Many actually fail to protect the ocean, often because of preventable problems that occurred when they were being designated.

“There may be a lot of shark- and ray-focused MPAs, but very few of them have been demonstrated to be effective,” said marine scientist Cassandra Rigby of James Cook University.

The MPAs that succeed, on the other hand, tend to have a few things in common, according to a paper published last year. Researchers found that sites that were most likely to accomplish their biological goals of protecting the ocean also include socioeconomic goals and incorporate stakeholder input. 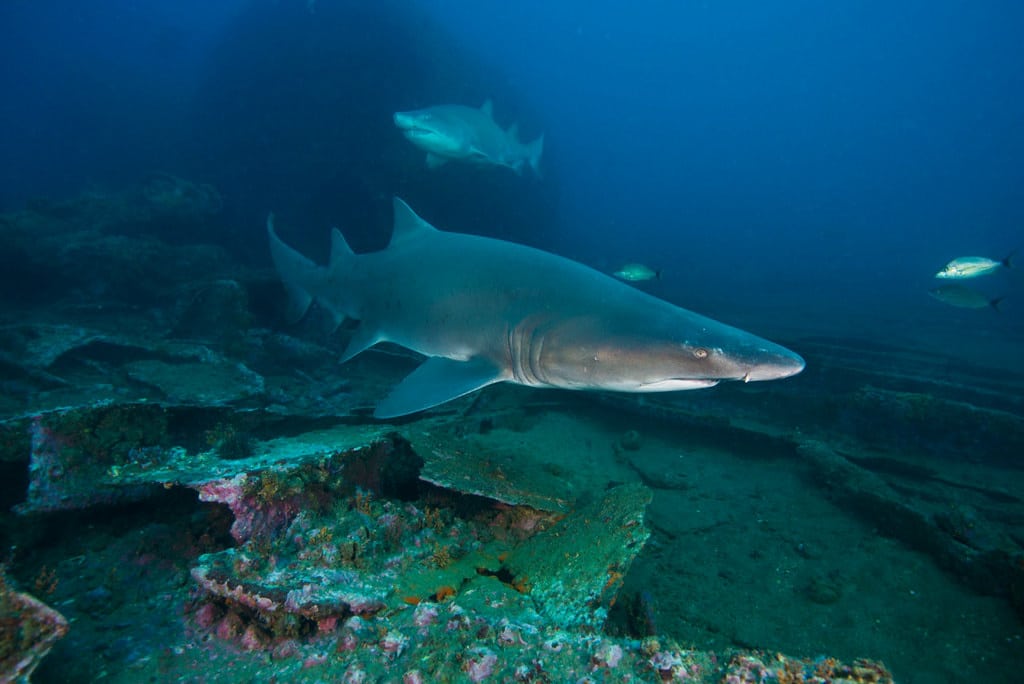 Now conservationists hope to replicate what we know about those successes and take future efforts to the next level. Last month the World Wide Fund for Nature and James Cook University published a new handbook called “A Practical Guide to the Effective Design and Management of MPAs for Sharks and Rays” which summarizes the science about what works — and what doesn’t — and provides tips and tricks for future decision makers who want to get this right.

What Makes an MPA Effective for Sharks?

The authors found that in general it takes a lot of time, planning, engagement and consideration of stakeholders like fishermen, who may lose their source of income and food security if an MPA doesn’t provide an alternative livelihood.

Rigby, the guide’s lead author, explains that effective MPAs also need “committed and sufficient resources,” which can include scientific research, government monitoring and enforcement, expert scientific advice, stakeholder outreach, and, of course, the money to pay for it all.

Without that commitment, Rigby warns, MPAs could become “paper parks” — protected sites that exist on maps but don’t actually do anything to reduce threats to sharks and rays.

In addition, Rigby said, MPAs “should be designed to meet the goals using the most relevant available science on movement, biology and habitat use.” She says easily accessible information for a wide range of shark and ray species is available to help make this planning possible. 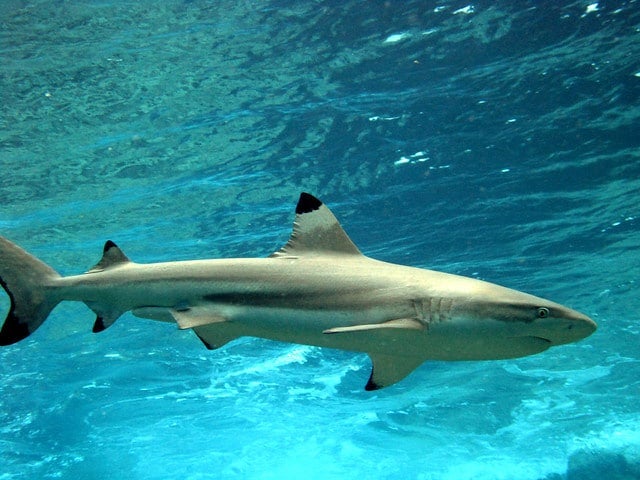 Finally, it’s important to regularly check in and see how an MPA is doing through monitoring and adaptive management. “There should be ongoing evaluation of the MPA to ensure it is accomplishing its goals,” Rigby said.

Although the guide is specifically aimed at shark conservation, it offers tools that have a broad application. As experts point out, a properly executed MPA can be a highly effective way to conserve a wide range of marine life, including apex predators such as sharks, which help ensure a healthy ecosystem.

“MPAs that are strategically placed, well-resourced and highly protected from human impact can help protect areas of biodiversity and habitat critical to buffering our oceans from the effects of global climate change,” said conservation scientist Beth Pike, who manages the Atlas of Marine Protection and was not involved with the new guide.

Shark and ray MPAs that don’t succeed in their goals tend to repeat the same mistakes. According to the guide, some MPAs don’t even have stated goals, making it impossible to measure success. Sometimes they don’t incorporate the best available science — for example, an area designed to protect a species isn’t particularly useful if the species isn’t actually found there.

In addition, many MPAs are designated through a top-down, heavy-handed approach, without first building support from local communities affected by a fisheries’ closure. This can lead to higher levels of illegal fishing if community members feel disenfranchised by the process.

But the most common problem identified by the new guide is when governments announce a new protected area without actually putting in the work to ensure it succeeds.

“Designation of MPAs without the commitment of adequate resources can lead to poor planning, lack of engagement of the local communities, and then relying on enforcement to achieving compliance,” Rigby said. “This is not realistically achievable in many of the developing countries with large shark and ray MPAs, where the ocean area is larger than the land area.”

Here’s something else that doesn’t work: banning all shark and ray fishing.

According to the guide and experts interviewed for this article, the best available science says that we shouldn’t flat out ban all fishing in MPAs or other areas except in cases where specific species are in need of recovery in a given habitat. While unsustainable fishing is common, sustainable shark fisheries exist and serve as important sources of employment and food. In many cases we can stop unsustainable fishing without banning all fishing — and in the process build support for future conservation efforts.

In particular, many small island nations don’t have the resources to patrol and enforce huge no-fishing zones, making it all the more important to get fishermen to support the new rules. “Fishers might be supportive of a much larger area where controls on catching sharks aim to achieve sustainability than they would a no-take zone,” explained Andy Cornish, a coauthor on the guide and leader of WWF’s shark and ray initiative. 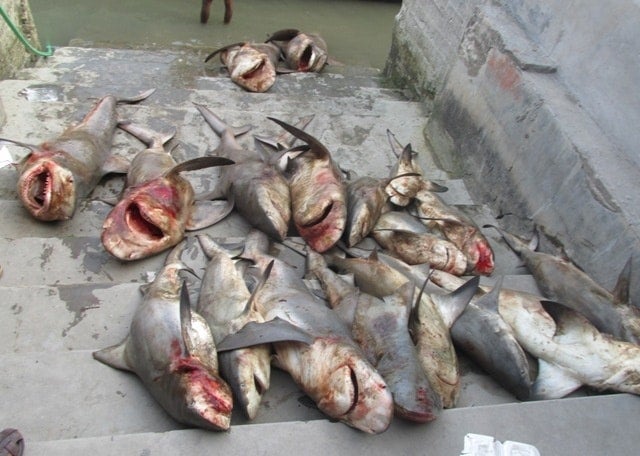 Rigby and Cornish say they’re optimistic that their new guide will help future shark- and ray-focused MPAs get it right from the start and also help to improve existing MPAs. They hope it will be read by environmental activists and concerned citizens pushing for new marine protected areas, as well as by decision-makers who create and implement the programs and sites.

With so many shark and ray species at risk of extinction, the authors suggest that implementing new MPAs and fixing existing ones could be the most effective tool to protect these ecologically important predators. And that, in turn, could help all marine species — and human stakeholders — gain the edge they need to survive for decades to come.