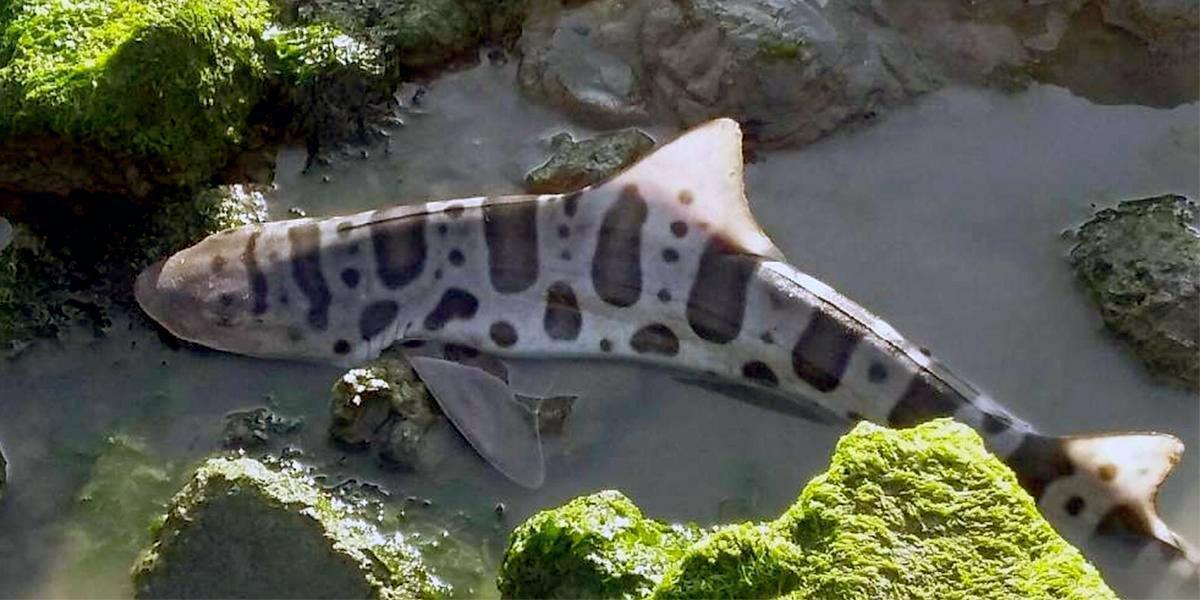 Hundreds of sharks have died in the waters off Northern California over the past few months, and scientists still have more questions than answers. In an article for National Geographic, Eric Simons told the story of these mysterious shark strandings through the eyes of Mark Okihiro, a senior fish pathologist with the California Department of Fish and Wildlife.

When Okihiro and one of his graduate students found a bacteria by the name of Carnobacterium maltaromaticum in the brains of stranded thresher sharks, their discovery turned out to be one missing piece in a larger puzzle.

The same pathogen—which is found more often in the bellies of healthy salmon and trout—had recently been found in washed-up mako and salmon sharks.

Then, earlier this year, Okihiro received a leopard shark corpse in the mail.

This shark’s brain showed that it had also died of an infection—and since leopard sharks are closely related to thresher, mako and salmon sharks, Okihiro expected carnobacterium to be the culprit. But instead, the killer turned out to be a fungus.

Now, his working hypothesis is that all those sharks who appeared to have died of Carnobacterium (which is, after all, harmless to other fish) actually died of a fungal infection, possibly picked up in the stagnant waters of marshes and lagoons.

But Okihiro and his colleagues agree that more research needs to be done before they can reach this conclusion for sure. They hope to learn more about sharks’ microbiomes (the mix of microorganisms, like bacteria, that live in their bodies) so they can say with more certainty which microbes are healthy and typical for sharks, and which cause them harm.