$1 Million Worth of Shark Fins Seized at Miami Port 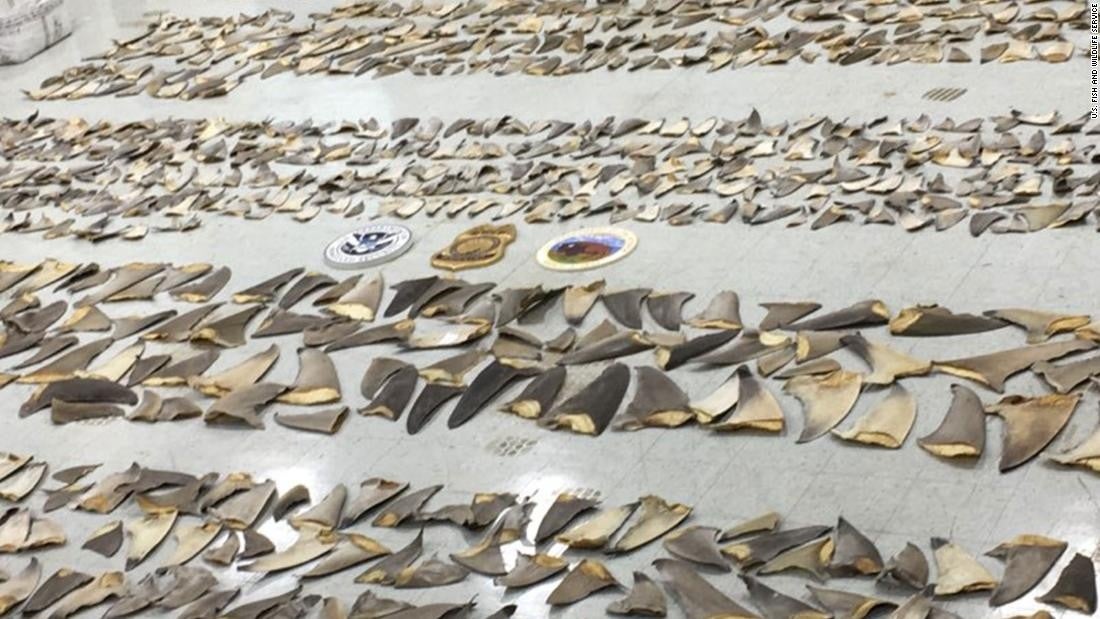 Nearly $1 million worth of shark fins were seized by wildlife inspectors in Miami, Florida. U.S. Fish and Wildlife Service

U.S. government officials found 1,400 pounds of shark fins worth $1 million hidden in boxes in Miami, Florida, according to CNN.

In a news release, the U.S. Fish and Wildlife Service said the shark fins were hidden in 18 boxes. The dried fins arrived from South America and were likely headed to Asia, the AP reported.

Shark fin soup is a delicacy in Asia, especially in China. To meet the demand for the coveted dish, smugglers kill tens of millions of sharks every year, cutting the fin from a live shark, according to conservation groups, as the AP reported.

The practice of shark finning is extremely wasteful and cruel. After the fin is cut off from the live shark, the rest of the shark is discarded. The practice has been a federal crime in the U.S. since 2000, according to the Miami Herald.

“The goal of this seizure is to protect these species while deterring trackers from using US ports as viable routes in the illegal shark fin trade,” Christina Meister, a spokeswoman for the U.S. Fish and Wildlife Service, said as the Miami Herald reported.

An international agreement between governments around the world is aimed to protect vulnerable animals and plants. The Convention on International Trade in Endangered Species (CITES) protects 12 species of sharks, which are included in Appendix II of CITES, according to CNN. 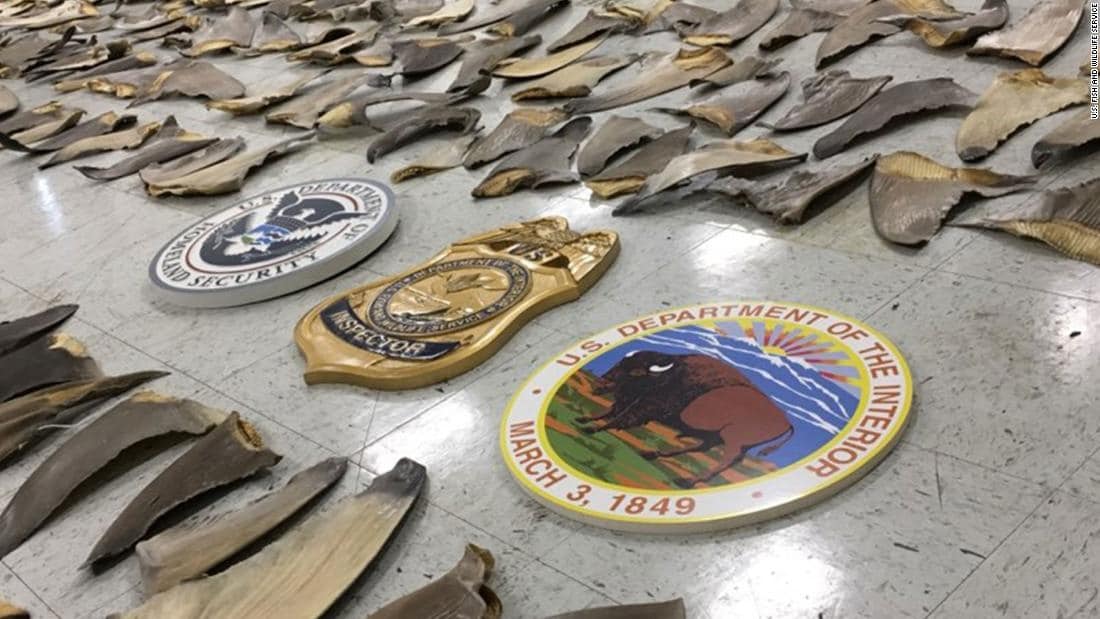 “The shipment violated the Lacey Act and included CITES listed species,” Gavin Shire, U.S. Fish and Wildlife Service Chief of Public Affairs, told CNN. “We are limited to what we can say about this as it is an ongoing case.”

While it is illegal in the U.S. to cut off a fin from a live shark and discard the rest of the animal, it is not illegal to traffic or trade shark fins in the U.S.

“The recent seizure of more than 1,000 pounds of shark fins in Miami from potentially protected species demonstrates why we need a federal shark fin ban,” said Ariana Spawn, an ocean advocate at the nonprofit advocacy group Oceana, as CNN reported. She urged the Senate to pass the Shark Fin Sales Elimination Act (S.877), which would ban the trade of fins nationwide.

The House of Representatives passed the bill in November of 2019. Senator Cory Booker (D-NJ) sponsored it in the Senate in December. The bill is now on the Senate’s legislative calendar, but at the mercy of Mitch McConnell’s decisions to set the legislative agenda. The bill, as it is written, makes it illegal to possess, buy, sell, or transport shark fins or any product containing shark fins, except for certain dogfish fins carries. Illegal trading in shark fins would carry a maximum civil penalty for each violation of 0,000, or the fair market value of the shark fins involved, whichever is greater, according to the bill.

The shark fin soup trade has decimated shark populations. According to a 2018 study, shark populations such as hammerhead and oceanic whitetip have declined by more than 90 percent. Furthermore, nearly 60 percent of shark species are now threatened, as CNN reported.

No arrests were made for yesterday’s seizure in Miami. “Further investigation is pending,” said Meister, as the Miami Herald reported.