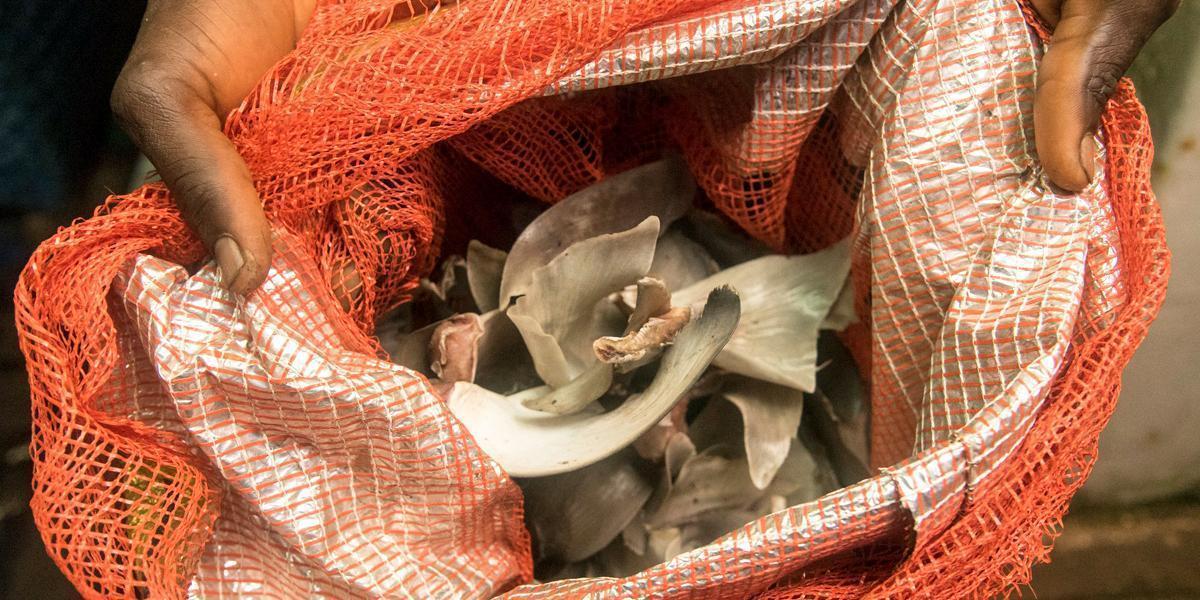 Shark fins have been discovered on two Chinese fishing vessels during a joint surveillance conducted by Greenpeace and Guinean fishery authorities. One of the vessels also had illegally altered fishing nets on board, while a third Chinese vessel was caught using illegal nets and fishing for species outside of its license. The two vessels with shark fins on board have been fined $264,787.50 each, while the third vessel has been fined $370,702.50. The catches from all of the vessels have been seized by Guinean authorities.

In addition to the shark fins, Greenpeace also found numerous carcasses of sharks including hammerheads, an endangered species, along with manta rays on board several vessels.

“What we’re seeing here is an utter lack of respect for West African fishing laws,” said Ahmed Diame, Greenpeace Africa oceans campaigner. “It also shows that local laws need to be strengthened to meet international standards where endangered sharks are no longer a legal catch. That is why we are recommending that coastal states improve their monitoring capacity and advocating for local legislation to protect marine life and livelihoods of local fishing communities.”

In total, Greenpeace and local officials inspected and boarded 12 vessels during their joint surveillance this past week. The vessels included nine Chinese, one Korean and two Guinean-flagged. On one of the Chinese vessels, a letter was found issued by China’s distant water fishing association on March 10, reminding Chinese fishing vessels to fish legally and be cooperative with authorities’ inspections.

“We thought the letter would have deterred Chinese fishing vessels from illegal activities during the period of the joint patrols, but apparently this was not the case,” said Pavel Klinckhamers, campaign leader on board the Esperanza. “Several fishing vessels belonging to Chinese companies continued their illegal fishing practices, despite the warning. This shows the complete disregard for local laws by these companies, while they should behave as responsible guests in these waters.”

Currently, 41 vessels are licensed to operate in Guinean waters. Eighty-five percent of the vessels are Chinese owned.

Last month, Greenpeace and Guinea Bissau authorities arrested four fishing vessels after they discovered multiple fishing infringements. The vessels are being investigated by local authorities for illegal transshipment at sea, failure to display readable names on the vessels, non-payment of fines and the use of illegal fishing equipment.

Greenpeace is demanding that West African governments take responsibility and work together to manage both foreign and local fishing activities in their waters so resources can be distributed fairly and sustainably and to ensure a prosperous future for local communities and people living along the shores of West Africa.