The Surprise Middleman in the Illegal Shark Fin Trade: The U.S. 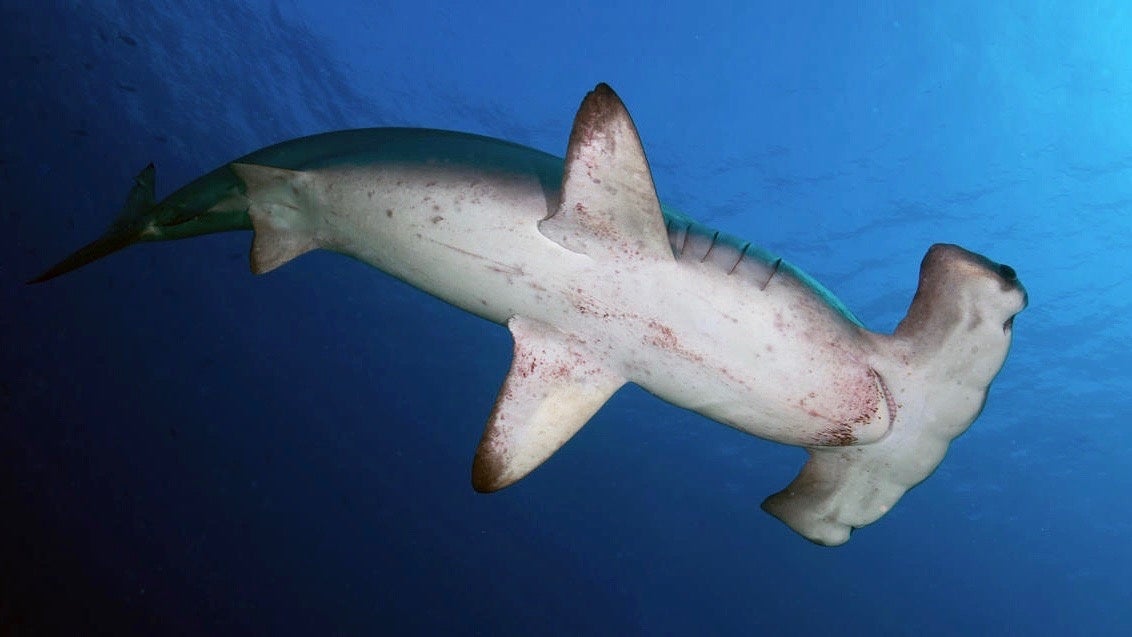 This study found evidence of illegal hammerhead fins in 46 out of 46 sampling events in Hong Kong. NOAA / Teachers at Sea Program

Authorities in Hong Kong intercepted some questionable cargo three years ago — a rather large shipment of shark fins that had originated in Panama. Shark fins are a hot commodity among some Asian communities for their use in soup, and most species are legally consumed in Hong Kong, but certain species are banned from international trade due to their extinction risk. And wouldn’t you know it: this confiscated shipment contained nearly a ton of illegal hammerhead fins.

But all that hammerhead contraband should never have made it to China in the first place. Because after the cargo left Panama, it made a stop in Houston, where trade in shark fins of any species, endangered or not, is forbidden. And while the ship’s bill of lading didn’t specify any illegal species onboard, it did note the presence of dried seafood, including fish maws, shark fins, and shark tails. U.S. Fish and Wildlife officials in Houston could have inspected such cargo to ensure it complied with state, federal, and international regulations — but nobody did. (We’ll get to why in a moment).

This isn’t a problem only in Houston. That 2016 Panama shipment is just one of dozens discovered by NRDC (onEarth‘s publisher) in a recent report titled, Unintentional Partner: How the United States Helps the Illegal Shark Fin Market.

In their research, the report’s authors made Freedom of Information Act requests; sought information from foreign conservation partners such as OceanaPeru and Costa Rica–based MarViva; and conducted interviews with various U.S. agencies, including Customs and Border Protection, the Food and Drug Administration, the Fish and Wildlife Service, the National Marine Fisheries Service, and the California Department of Fish and Wildlife. They learned that shark fins move through the U.S. by air, land, and sea. They pass through huge international ports like Los Angeles, Miami, and Seattle as well as landlocked airports like those in Atlanta and Memphis. They even make pit stops in places like Pipersville, Pennsylvania. The smuggled fins tend to come from the waters off Central and South America, and most are destined for Hong Kong.

From 2010 to 2017, the U.S. unintentionally played middleman to somewhere between 650 and 772 tons of shark fin exports, accounting for as many as 1.29 million sharks. (The exact number of sharks is difficult to determine, since most of the records NRDC managed to obtain expressed shipment size by weight, not individual parts, and different conditions translate into different weights per piece. Frozen fins weigh more than dried fins, for example).

“When we let these shark fin shipments pass through our borders without monitoring them, the U.S. becomes a weak link,” says report coauthor Elizabeth Murdock, director of the NRDC’s Pacific Oceans Initiative.

It doesn’t have to be this way. The U.S. has a stronger legal framework and more regulatory resources than most of the world. If anything, we should be one of the strongest links in the fight against a black market trade that threatens marine biodiversity.

Back in 2000, the U.S. banned shark finning, the practice of cutting a shark’s fins off and then dumping the animal back into the ocean. But it is still legal in many states to catch a shark, bring it back to shore, and cut it up into parts including fins, steaks, and other marketable items. (Possessing or selling shark fins is not always illegal — just when the fins come from species protected by the Endangered Species Act or the Convention on International Trade in Endangered Species of Wild Fauna and Flora).

Each year, tens of millions of sharks wind up on hooks and in nets, many of which belong to Americans. According to NRDC’s report, the number of sharks we land each year makes us the seventh-largest shark-fishing nation in the world. Still, scientists seem to agree that the U.S. is doing a pretty good job of managing its shark populations. A study published in 2017 in the journal Current Biology listed America’s Alaskan skate, blacktip shark, and spiny dogfish fisheries (among others) as “bright spots of sustainable shark fishing.” Indeed, countries such as the U.S., Australia, Canada, and New Zealand are leading the world when it comes to harvesting sharks in ways that don’t drive them toward extinction. However, the unfortunate fact remains that the vast majority (91 percent) of the world’s shark fisheries are unsustainable. 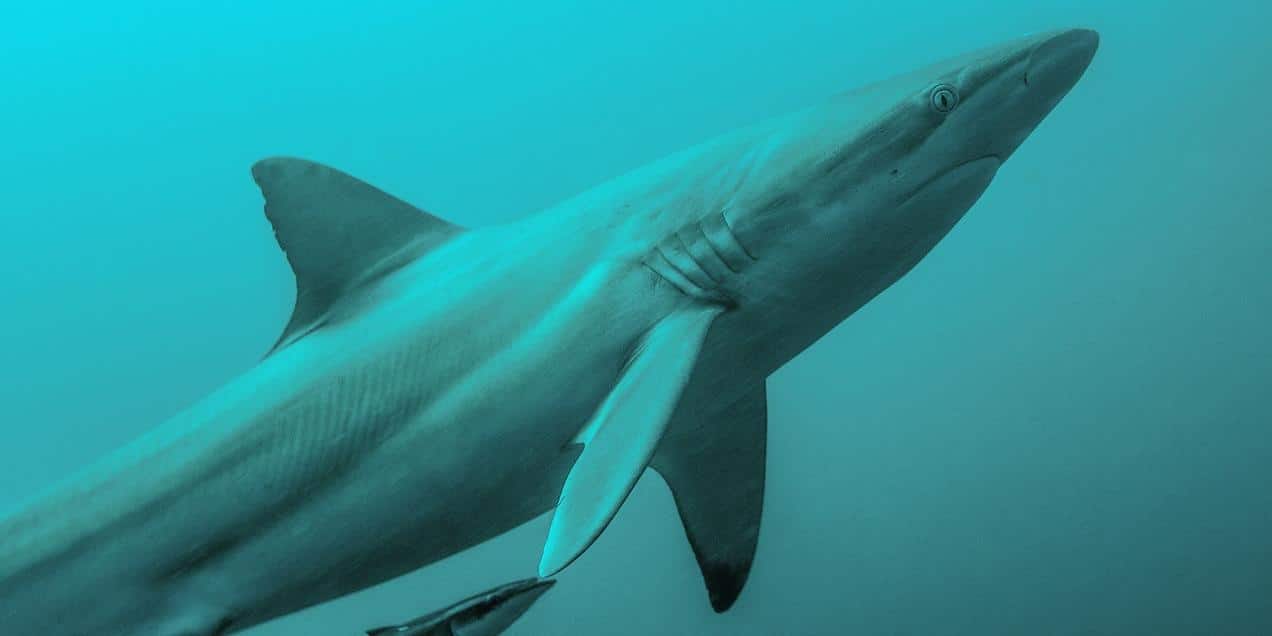 For instance, a study of Hong Kong’s market, published last year in Conservation Letters, found that silky sharks were the second-most commonly sold species there from 2014 to 2016. The animals are considered vulnerable to extinction by the International Union for Conservation of Nature. And close behind the silkies, ranking fourth and fifth, were scalloped hammerheads (endangered) and smooth hammerheads (vulnerable). All three species are listed under Appendix II of CITES, which strictly regulates their trade. The study also found evidence of illegal hammerhead fins in 46 out of 46 sampling events in Hong Kong.

The U.S. obviously can’t control what happens in every market all over the world. But we could be doing more to watch over what’s moving in and out of our own ports.

Part of the answer is logistics, says Murdock. Better communication among agencies like the U.S. Fish and Wildlife Service, Customs and Border Protection, and the National Oceanic and Atmospheric Administration could help. Some budgetary improvements could also be made — currently, wildlife shipments are mandated to funnel through just 17 U.S. ports that have the appropriate inspection personnel.

But honestly, a lot of the problem comes down to wording.

As cargo, shark fins are not required to route through one of those 17 ports if they are not “unloaded.” If that’s the case, those fins can move along without a second glance. At the same time, products that qualify as “seafood” are also exempt from special port inspection unless the species involved requires a permit under the Endangered Species Act (which lists only the two hammerhead species mentioned above) or CITES (which lists only 14 of the more than 400 shark species known to science). The hammerhead fins in Hong Kong were listed as “dried seafood,” which is one of the reasons why they were able to pass through Houston without closer inspection.

Murdock says sharks slip through a legal loophole because they qualify as both wildlife and seafood. This makes shark products even more difficult to regulate than, say, elephant ivory or rhino horn. “It’s not a new problem,” says environmental consultant David Shiffman, a marine conservation biologist at Arizona State University, “but it’s one that doesn’t get a lot of attention.”

“One of the things is just how it’s coded,” Shiffman says. “In some countries shark is counted as ‘seafood, frozen,’ and in some cases it’s ‘shark fins,’ and in some cases it’s shark fins from a particular species. But it’s not consistent from country to country, and it’s not necessarily consistent from year to year, and that makes it really hard to keep track of this stuff.”

So how do we help close these loopholes? Murdock says routing all shark fin shipments through the ports where officials have capacity to inspect them properly should become standard operating procedure. (This measure alone wouldn’t stop every illegal wildlife shipment; Houston, after all, is one of those ports). A full-on federal ban against the shark fin trade wouldn’t hurt either, she says. (Twelve states, such as Texas and California, have so far banned the shark fin trade within their borders). Other recommendations from the report are more international in scope, including ratcheting up the existing CITES resolutions; improving enforcement of fishing laws in nations where the shark products typically originate; and generally more, more, and still more partnerships between countries.

“It’s clear that it’s only going to get solved through international collaboration, because some of the countries from which these shipments are coming have a lot less capacity for law enforcement and inspections and monitoring than the United States does,” says Murdock. So by stepping up efforts on our own shores, we can also help keep things on the up-and-up all over the world.

Shiffman says the report “has some excellent recommendations of what we should do about this,” but he’d really like to see more data on how prevalent the problem is. And so would Murdock. She and her colleagues have had to scratch and claw for roughly two years to bring as many cases to the surface as they have.

“We’re confident that this is just the tip of the iceberg,” says Murdock. “It’s just hard to know how big the iceberg is.”