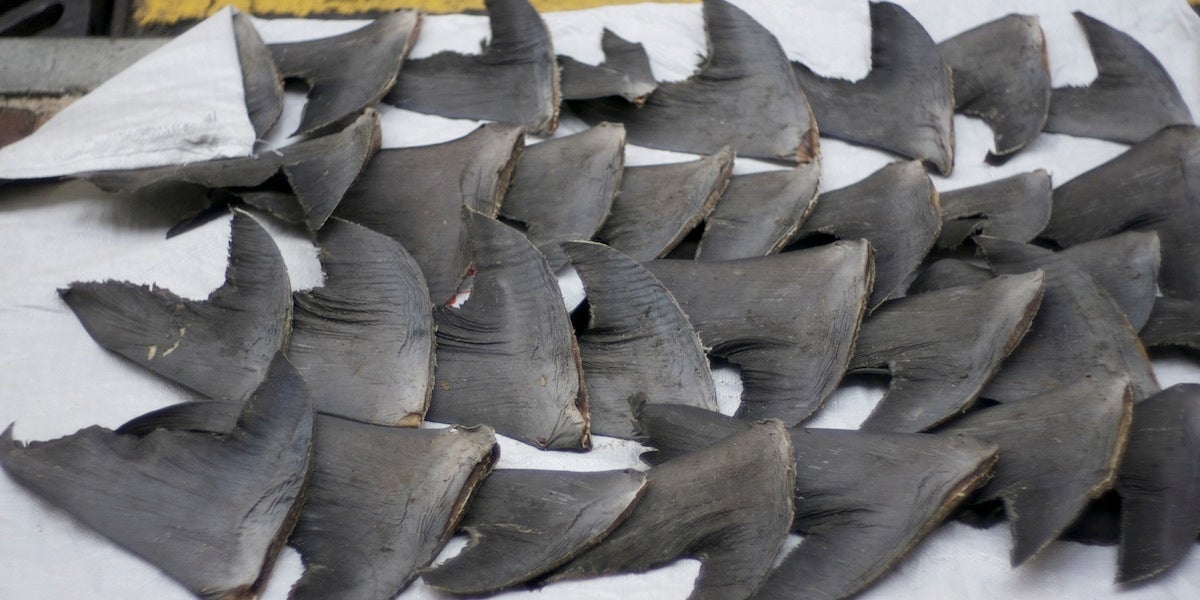 Starbucks is being pressured to cut ties with popular Hong Kong restaurant chain Maxim’s Caterers Limited over its offering of dishes with
shark fin.

Maxim’s said it phased out the controversial product in 2017 but undercover investigators with the wildlife conservation charity
WildAid found that the eatery still offers shark fin on a secret “premium” menu, the South China Morning Post reported.

In a letter to Starbucks executives last month, WildAid urged the company to end its relationship with Maxim’s Caterers ahead of its upcoming expansion in China.

Shark fin soup is mostly served in Chinese banquet menus as a symbol of prosperity and for its supposed health benefits. But the shark fin trade poses a danger to vulnerable shark species. More than 70 million sharks are killed each year and a quarter of species are threatened with extinction, according to the World Wildlife Fund.

WildAid did not appear impressed with Starbucks’ response to their letter, tweeting on Tuesday “we got the brush off from Starbucks customer service about two weeks ago. Since then, nothing.”

Thanks, Susie! Please read our letter to @Starbucks founder Howard Schultz and CEO Kevin Johnson which highlights our #CSR concerns about Maxim's #shark fin. We got the brush off from @Starbucks customer service about two weeks ago. Since then, nothing…https://t.co/1kIcq0agWe pic.twitter.com/QegYo6OmXB

Despite the protests, Maxim’s Caterers told
Hong Kong Free Press on Thursday that they will continue to sell shark fin products “upon request” at their Hong Kong restaurants. They also claimed to only use shark fins from Blue Sharks—a “Lower Risk-Near Threatened” species.

“We have stringent sourcing process, and all suppliers must provide legal shark fin import documentations that met regulatory requirements. We are also the first Chinese chain restaurant to proactively conduct independent DNA testing on shark fin to ensure that the supply is from the lower risk species,” they told the publication.

In their press release, Sea Shepherd noted that Starbucks’
environmental mission statement includes commitments such as “understanding of environmental issues and sharing information with our partners,” “striving to buy, sell and use environmentally friendly products,” and “encouraging all partners to share in our mission.”

Stokes commented, “None of the above points in the mission statement are in line with or justify selling shark fin soup. With between
100-200 million sharks being killed annually, no business can claim that they are environmentally friendly or responsible when they sell shark fin soup.”

“Starbucks needs to demand that Maxim’s Caterers Limited drop shark fin from their menus across their group or cancel their license to operate Starbucks in Asia. Tarnishing the brand of Starbucks should not be an option, and Starbucks customers deserve to be informed if the mission statement has changed,” Stokes concluded.