Shark Day: A Critical Turning Point for the Survival of Sharks 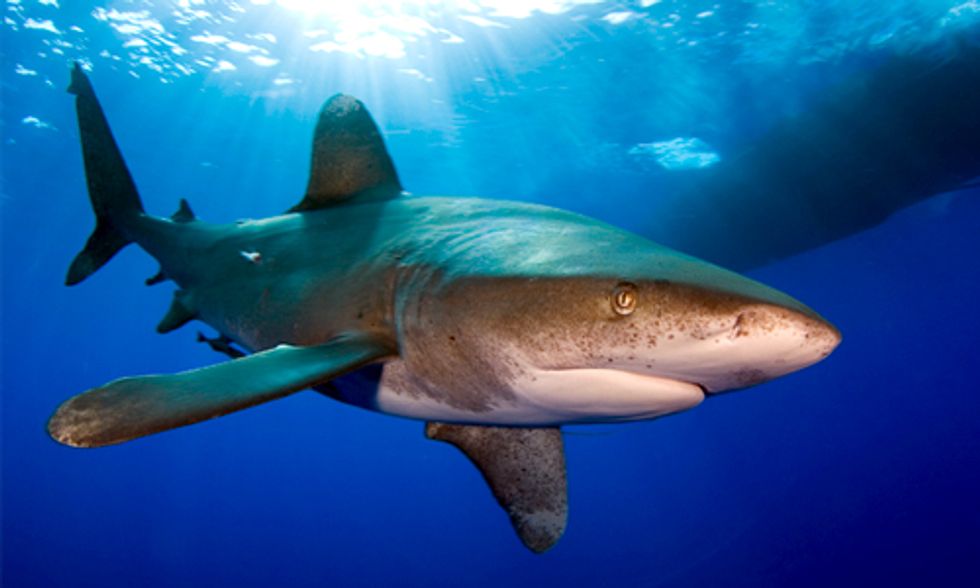 Scientists estimate that 100 million sharks are killed in commercial fisheries in an average year. That means that during the most recent installment of Discovery Channel’s popular Shark Week, approximately 1.9 million sharks were killed.

While that was just an average week for sharks, Sept. 14 was not an average day for these ancient creatures. It marked the beginning of a new era for this species, one in which five commercially traded shark species are covered by the same protections enjoyed by other majestic predators such as polar bears, cheetahs and lions.

Our oceans have evolved for more than 400 million years with sharks at the top of the food web. Without them, the marine environment is thrown off balance—and other species feel the effects.

Consider what happened on the United States’ Atlantic coast, where large sharks were overfished from the 1970s through the early 2000s. Without these predators around, the number of cownose rays increased in coastal areas—good news for the rays in the short-term, but terrible for scallops, clams and other shellfish that the rays love to eat. The ill effects reverberated above sea level, where fishermen and their communities suffered drastic losses. According to scientists, by 2004, cownose rays had completely devoured the scallop population, bringing an end to the century-old bay scallop fishery of North Carolina.

When shark populations are healthy and in balance, the ocean is healthier, too. Scientific research out of Florida International University shows that many marine ecosystems, such as seagrass communities, have less resilience in the face of climate change when shark numbers are depleted. And sharks are not only good for the environment; they’re good for local economies, too. In Palau, which became the world’s first nation to establish a shark sanctuary in 2009 by banning all commercial shark fishing, the value of a living shark is worth US$1.9 million in eco-tourism dollars over the course of its life. Dead, that shark is worth only $108. Worldwide, shark-related tourism generates about US$314 million annually, and that figure is expected to double in 20 years.

But the trajectory for the health of our planet’s sharks has been sharply downward. Overfishing is a global problem, with countries in every corner of the world killing these animals to feed the demand for shark fin soup. In March 2013, the 180 Member Nations of the Convention on International Trade in Endangered Species of Wild Fauna and Flora, or CITES, adopted protections for five commercially traded species to begin to reverse the decline. Those protections officially went into effect on Sept. 14.

For the past 18 months, countries around the world have been getting ready to ensure the sustainable and legal trade of the five newly protected sharks—porbeagle, oceanic whitetip, and the smooth, scalloped, and great hammerheads. If it cannot be determined that the sharks were legally caught and that the trade can be continued without detriment to the species, then the trade must stop.

Driving demand for sharks and manta rays is the Asian tradition of using fins for soup. This has led to a practice of removing the fins and discarding shark bodies back in the water, sometimes while still alive, leaving the animal to die helplessly.

Approximately half of the commerce in shark fins passes through Hong Kong each year, making it the global hub. According to data from its Census and Statistics Department, Hong Kong imported more than 5.4 million kilograms of fins in 2013 alone. Fortunately, the Hong Kong government is committed to successfully enforcing the CITES shark protections and has organized training workshops for its officials to identify fins from the protected species. Other nations, from Fiji to Sri Lanka to Peru, also have been holding workshops and training customs officers to ensure the successful implementation of the new trade rules.

Sharks have captivated human fascination throughout the ages. Their black eyes and razor-sharp teeth inspire in us the visceral combination of awe and fear. The real danger, however, is losing these species to overfishing. Sept. 14 marked a major step forward to restoring five species. While Shark Week may be fun, “Shark Day” was a critical turning point for the health of these animals and our oceans.