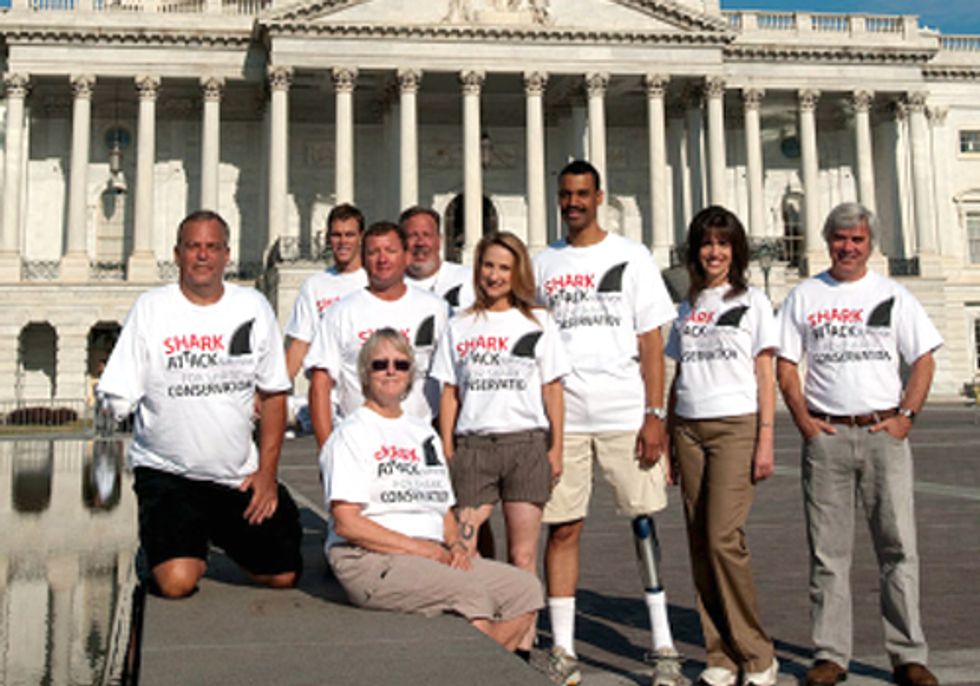 Shark attack survivors from around the globe have joined the Pew Environment Group’s effort to restore and conserve the world’s dwindling shark populations. Despite terrifying attacks and grave injuries, the survivors recognize that these predators are in peril, a situation that puts the ocean and all its marine life at risk.

The shark attack survivors are pressing world leaders to act for shark conservation. So far, the survivors have been instrumental in persuading the U.S. Congress to close loopholes in the nation’s shark finning ban—a law signed by President Obama in 2011. They have supported leaders, including the presidents of Palau and Honduras, who declared their waters shark sanctuaries. And the survivors have visited the United Nations to urge countries to develop shark sanctuaries, conservation plans and similar measures.

The group of more than a dozen is organized by Pew’s Debbie Salamone, herself a survivor of a shark attack. Others in the group come from the U.S., Europe, Australia and South Africa. They include a school principal, a Wall Street banker, an Australian navy diver and a professional photographer. Some have lost arms or legs, yet they harbor no animosity toward their attackers and believe they are uniquely qualified to call for shark protections.

The survivors’ stories of attack, recovery and forgiveness have sparked worldwide interest.

"If a group like us can see the value in saving sharks, shouldn't everyone?" asked Debbie Salamone, attack survivor and shark conservation advocate.

To learn more about the survivors, click on their names below: