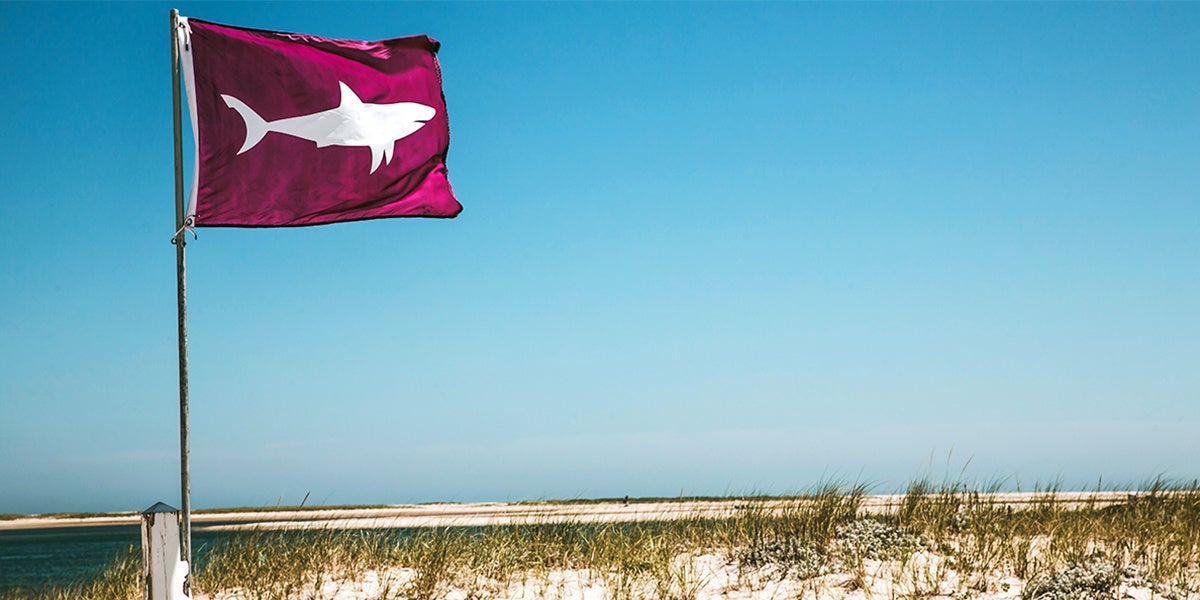 A Massachusetts man died Saturday after what is believed to be the first deadly shark attack in that state since 1936, CNN reported Sunday.

The death comes as the population of great white sharks off Cape Cod has increased in recent years following the rebounding of the seal population there.

“Overall, I don’t think there’s much you can do about the situation. It’s their home, sharks live here and we’re not really on their menu, but unfortunately when they do take a test bite and decide we’re not on their menu, it just happens to be pretty devastating generally,” area surfer Robert Bessler told CNN in response to the attack.

The death comes a month after another Massachusetts man survived a shark attack in Truro, also on Cape Cod.

The victim, 26-year-old Arthur Medici, was boogie boarding with another man 30 yards off of Cape Cod’s Newcomb Hollow Beach when the attack occurred.

He was given CPR and taken to Cape Cod Hospital, but died once there.

“Pretty much every shark bite is an accident,” Florida Program for Shark Research at the Florida Museum of Natural History Gavin Naylor told The New York Times. “It’s mistaken identity.”

Most shark attacks happen to people like Medici, who are surfing or engaged in other water sports, according to research cited by The New York Times.

Naylor did say it was more unusual for sharks to swim so close to the shore, and wondered if the booming population had displaced younger sharks from the prime hunting grounds in deeper waters.

The beach where Medici was attacked was closed to swimmers Sunday, CNN reported, but Naylor told CNN that future bathers in the area should avoid swimming alone at sunrise or sunset, and to look out for lots of seals or fish jumping in the water, as that could mean sharks are nearby.

Medici was enrolled in the spring as a part-time engineering student at Bunker Hill Community College, the school said.

“Our lives are never going to be the same without him,” a tribute on a Gofundme page set up by family and friends to pay for funeral expenses said, according to The New York Times. “His laughter filled our home and he will be greatly missed by us all.”