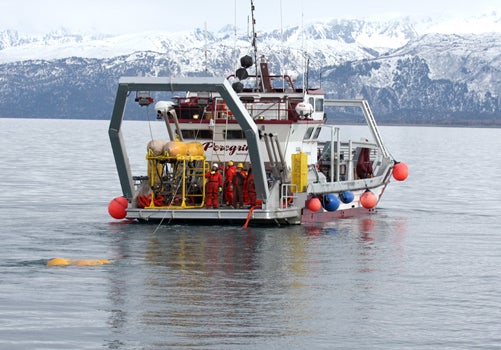 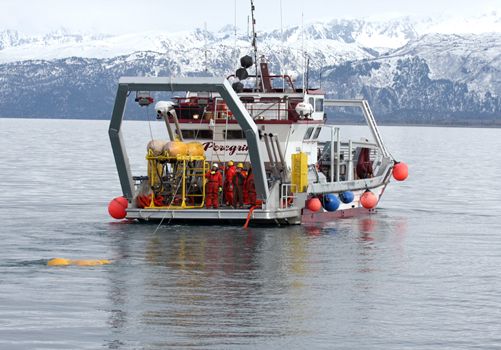 The NMFS decision to issue a deceptively bland-sounding “incidental take authorisation” will allow Apache to kill up to 30 whales every year as part of its three-year seismic surveying programme for possible oil and gas reserves.

It has been estimated that there are less than 300 Beluga whales left in the inlet, so the decision effectively means that no action will be taken against Apache even if up to 1-in-10 of the local beluga population is killed as a result of the seismic testing it will carry out over 160 days in the area.

This testing involves using underwater airguns and explosives to map the geology of the inlet and work out if there is any oil to drill for. Under the authorization, Apache also has carte blanche to “incidentally take” 50 harbour seals, 20 harbour porpoise, 10 orca and 20 Steller sea lions.

Rightly outraged by the decision, our friends at the Natural Resources Defense Council (NRDC), along with the Native Village of Chickaloon, the Centre for Water Advocacy and Centre for Biological Diversity, jointly filed the lawsuit challenging the NMFS decision.

The International Union for Conservation of Nature (IUCN) has classified the Cook Inlet beluga whale as “critically endangered,” meaning it is “considered to be facing an extremely high risk of extinction in the wild” because it “has experienced a precipitous decline in recent years.”

There are now thought to be less than 300 of this genetically unique population left in the Cook Inlet. They are protected by the U.S. government under the Endangered Species Act and the IUCN believes that “the population cannot withstand” further losses to its numbers, explicitly noting that remaining animals are threatened by “noise associated with oil and gas exploration and production.”

Despite this, Apache plans to begin seismic surveys in the coming months.

Many marine mammal and fish species rely on sound to find food, navigate and communicate. NRDC argues that Apache’s operations will generate “some of the loudest, most disruptive sounds that humans put in the water … entirely within the designated critical habitat of a declining and endangered species.”

The noise created will be “greater than 235 decibels at their source—billions of times more intense than the noise thresholds known to compromise foraging and other vital behavior in marine mammals.” These sounds are likely to be “loud enough to mask whale calls over thousands of miles, destroying their capacity to communicate and breed; it can drive whales to abandon their habitat and cease foraging, and closer in it can cause hearing loss and death.”

NRDC and its allies argue the NMFS authorization breaches not only the Endangered Species Act, but also the Marine Mammal Protection Act and the Administrative Procedure Act. As one of the signatories to the legal challenge said, it is hard to imagine that the permit “could not significantly contribute to their extinction.”

More than two decades after the Exxon Valdez spill coated much of Cook Inlet, the region is still feeling the after-effects of our addiction to oil.

At the same time that Shell’s rusting drill ships are preparing to drill in the pristine, icy waters of the Chukchi and Beaufort Seas of the Alaskan Arctic, giving Apache the green-light to decimate the already threatened local beluga population is the latest example of the appalling cost of our thirst for the last drops of oil on the planet.

We’ll be watching how the challenge proceeds from here and deeply hoping that it will prove successful.