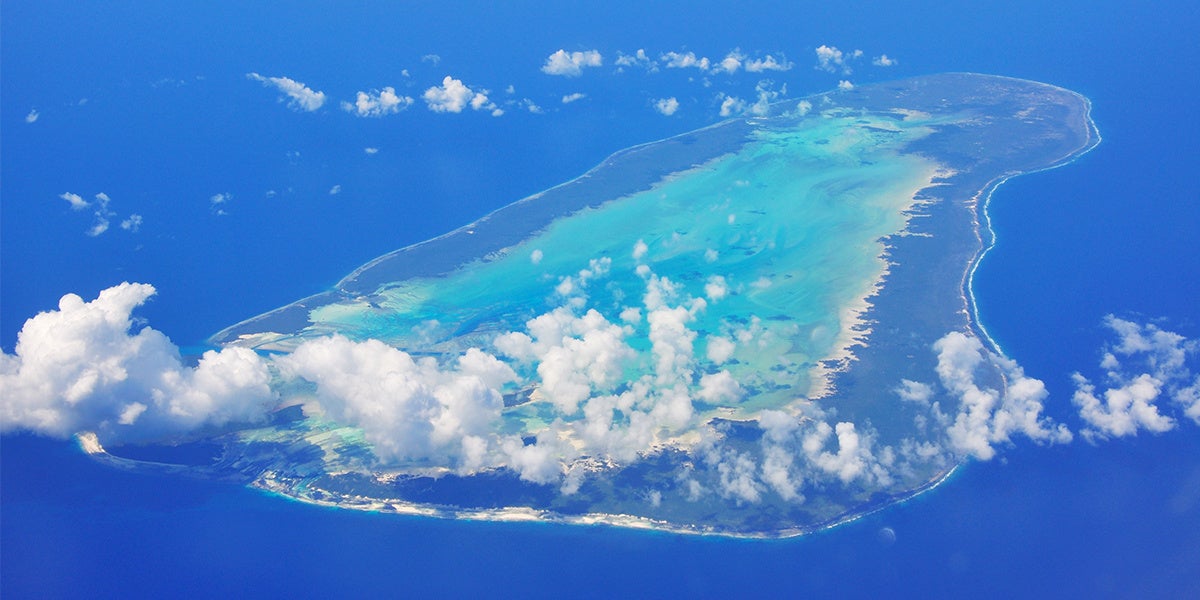 The Seychelles has created two vast new marine protected areas in the Indian Ocean after a groundbreaking finance deal brokered by the Nature Conservancy and other stakeholders, including environmentalist and Oscar winner Leonardo DiCaprio.

In exchange for writing off a portion of its debt, the island nation agreed to protect a total of 81,000-square-miles of ocean—that’s about the size of Great Britain.

Seychelles was able to pay off an outstanding sovereign debt with $21 million raised by the Nature Conservancy. Future debt payments will go into a new trust, the Seychelles Conservation and Climate Adaptation Trust, to finance new marine protection and climate adaptation projects

The scheme is understood to be the world’s first “debt-for-nature” finance plan designed to protect ocean environments. The agreement will also help the low-lying archipelago prepare for the effects of climate change, including warming and rising waters and ocean acidification, and to protect its vital tourism and $300-million-a-year fishing industry.

“This effort will help the people of Seychelles protect their ocean for future generations, and will serve as a model for future marine conservation projects worldwide,” DiCaprio, whose foundation donated $1 million towards the debt, said. “These protections mean that all species living in these waters or migrating through them are now far better shielded from overfishing, pollution, and climate change.”

Today, Seychelles announced two new marine protected areas that equal the size of Great Britain. Join me and @nature_org in congratulating all those who made it happen. https://t.co/OygRCaKY37

The first covers the waters around the remote Aldabra Atoll, home to seabirds, hawksbill turtles, giant tortoises and the endangered dugong. The area also includes the world’s second-largest raised coral atoll. This area will be fully protected and bans all extractive uses, from fishing to oil exploitation. Only research and regulated tourism is allowed. The second area is centered around the Seychelles’ main islands and will only allow limited fishing and tourism.

According to the Guardian, the two parks cover 15 percent of the Seychelles ocean and the government plans to double this by 2021.

New marine protections in Seychelles will further safeguard dugongs, sea turtles, and other endangered species! Help us congratulate all those who made it happen! https://t.co/HblVO84OGB pic.twitter.com/OjUXGffMQA

“Our large ocean brings development opportunities but also responsibility,” said Seychelles President Danny Faure. “Our ocean is central to our development and for the future of generations to come.”

Faure called the deal a “paradigm shift on how we manage and use our coastal and ocean resources, how we work together as a government and as communities.”

Nature Conservancy president Mark Tercek said the Seychelles can be a model for the rest of the world.

“What you see today in Seychelles is what we expect to introduce in the Caribbean and other ocean regions facing the threats of climate change,” he said.