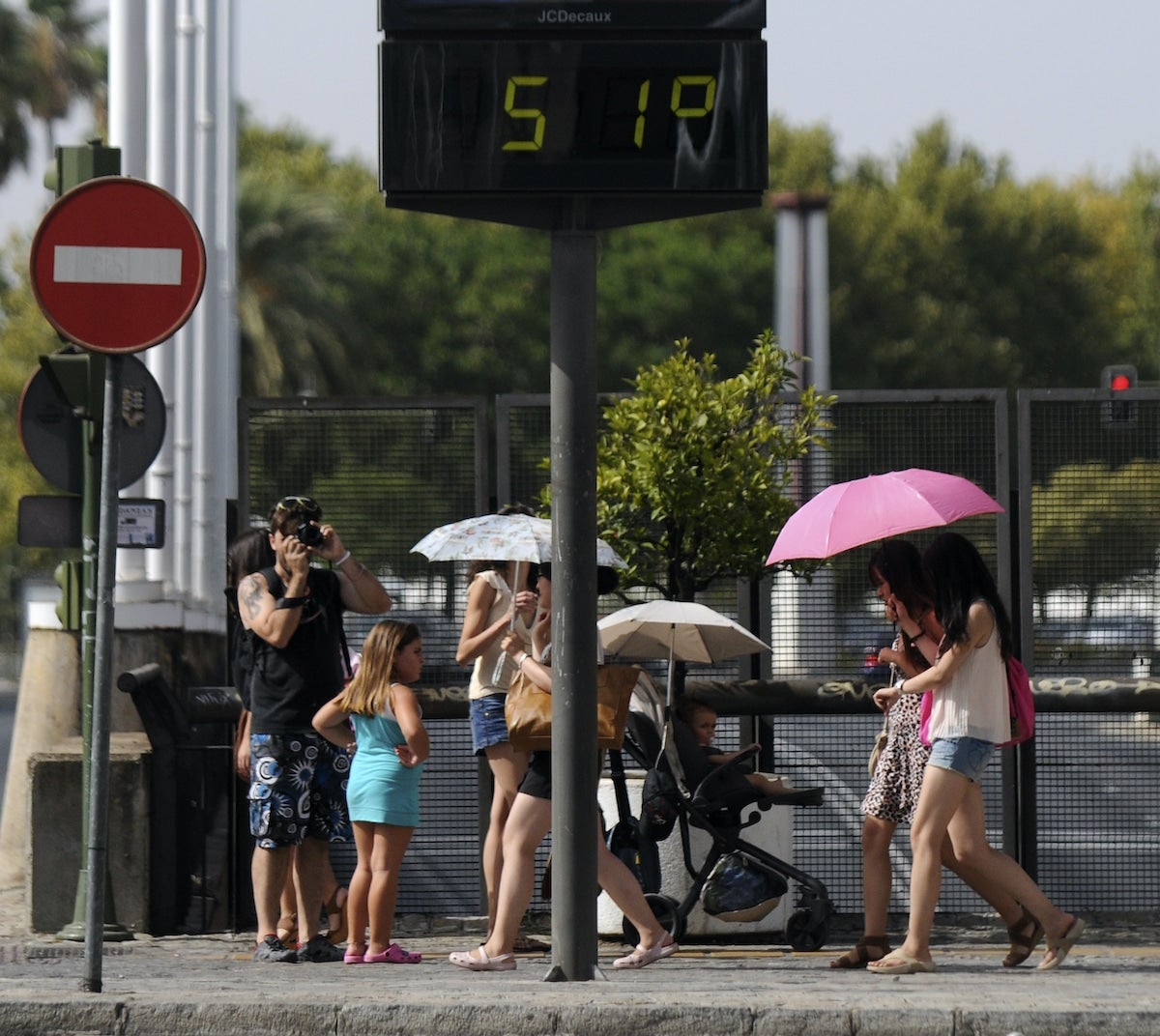 Heat waves are an extremely deadly type of extreme weather event — in the U.S. they kill more people in an average year than other weather hazards — but, despite this, they are not given the names and categories of hurricanes and other storms.

Now, one city in Spain is looking to change that. On the first day of summer 2022, Seville became the first city in the world to introduce a naming and ranking system for periods of high heat.

“We are the first city in the world to take a step that will help us plan and take measures when this type of meteorological event happens — particularly because heat waves always hit the most vulnerable,” Seville Mayor Antonio Muñoz said in a press release. “The city government ratifies its commitment in the fight against climate change through the reduction of emissions and decarbonization, and second, through adaptation — to make Seville a resilient city with a model that truly tackles the big challenge of rising heat.”

Seville is located in Andalusia, which is already one of the hottest regions in Spain. However, the climate crisis is making heat waves around the globe more frequent and severe. In Spain, they have become twice as common this decade when compared to the past, according to The Guardian.

The announcement also comes as Spain has experienced an unusually warm spring. May was the warmest in 58 years, and June brought one of its earliest heat waves on record. In fact, the first two weeks of June were the hottest the country has ever seen, as E&E News reported.

However, the plan to develop a system to name and categorize heat waves was actually announced in October of 2021. It was born of a partnership between Seville and the Arsht-Rock’s Extreme Heat Resilience Alliance. The goal was to reduce the toll that heat waves take on human health.

“Heat waves, have been dubbed ‘the silent killer’ for a reason: They wreak unseen havoc on our economies, prey on the most vulnerable members of society, and kill more people than any other climate-driven hazard, yet the dangers they pose are grossly underestimated and gravely misunderstood,” Kathy Baughman McLeod, who directs the Arsht-Rock’s Extreme Heat Resilience Alliance, said when the plan was first announced.

The pilot program, officially called proMETEO Seville, will launch this summer and run for one year, according to the announcement. Heat waves will be assigned a severity category from one to three — with three being the most severe — based on a combination of temperature, humidity and conditions in the 30 days before the heat wave. Different categories will trigger different actions like the opening of public pools or the deployment of heat workers to monitor the most vulnerable populations, such as the elderly. Category 3 heat waves will also receive names, beginning with the end of the Spanish alphabet. The first five names will be Zoe, Yago, Xenia, Wenceslao and Vega.

“This new method, backed by 18 months of our science teams’ analysis and research and built with many global and local experts is intended to build awareness of this deadly impact of climate change — and ultimately save lives,” Baughman McLeod said in the most recent announcement.

Other cities may soon follow in Seville’s footsteps. Athens, Greece; Melbourne, Australia; Los Angeles; and Miami are all among the cities that are developing similar programs.