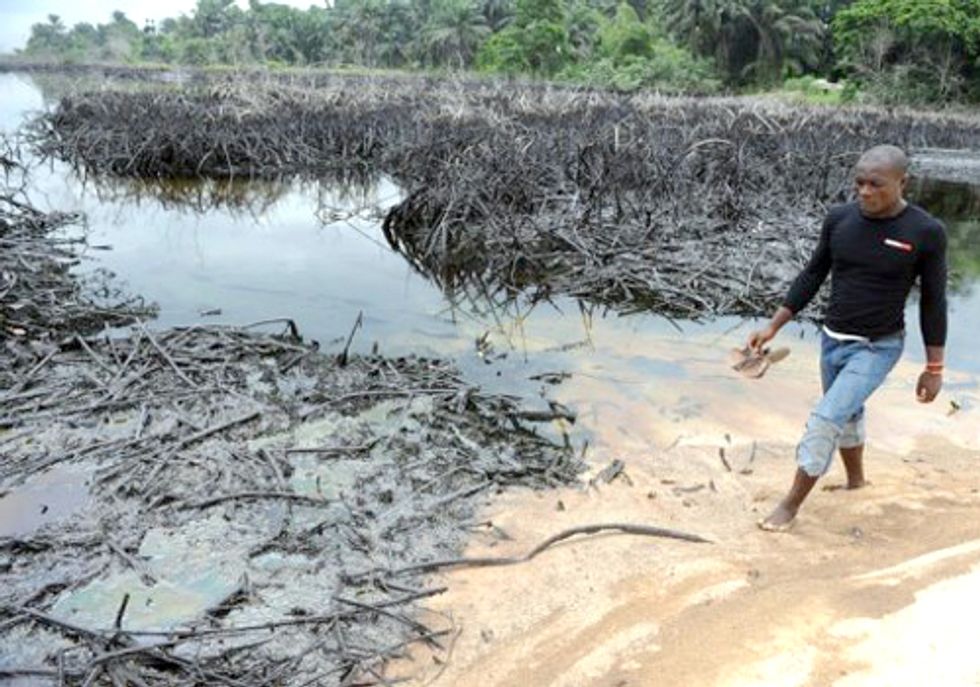 On the eve of the annual general meeting of oil giant Shell, Friends of the Earth International announced that it will deliver to Shell CEO Peter Voser some 70,000 signatures of people who want Shell to start cleaning up its mess in the oil-rich and highly polluted Niger delta in Nigeria.

The signatories believe that Shell must take responsibility for its pollution and provide a U.S. $1 billion emergency fund needed to start cleaning up the Niger Delta.

Friends of the Earth International Corporates campaigner Paul de Clerk will deliver the signatures at the Shell meeting in The Hague on May 22.

The signatures were collected by the organization SumOfUs in close cooperation with Friends of the Earth and Amnesty International.

“Shell continues to reap obscene profits from the oil fields of Nigeria at the expense of the lives and the livelihoods of the poor people. As we speak Shell is intensifying its poisoning of the environment and the peoples of the region. By our records, Shell had over 200 oil spills in 2011 alone and the 2012 tally is rising already. Shell must stop the poisoning and start cleaning up its mess right now.”

"Almost one year has passed since the UN presented its report on Shell's pollution of Ogoniland. But we are still waiting for a comprehensive plan from Shell to clean up its mess. The first step recommended by the UN was a U.S. $1 billion emergency fund for clean up. We want Shell to commit to that today."

Friends of the Earth Netherlands campaigners will stand outside the May 22 Shell meeting and offer to Shell shareholders the opportunity to taste a sip of contaminated water from the Niger Delta: water with hydrocarbons such as benzene, but also other hazardous chemicals such as barium. This is the only 'drinking' water which many residents of the Niger Delta can drink.

Over the past decades Shell let tens of millions of liters of oil stream into the Niger Delta by refusing to properly maintain the pipeline network. Moreover, the AngloDutch multinational still does not comply with the Nigerian ban on gas flaring.

Because Shell is doing so little, Friends of the Earth Netherlands / Milieudefensie started an international campaign which members of the public can support by clicking here.

For instance, three people will win the opportunity to go with Friends of the Earth Netherlands / Milieudefensie on a mission to Nigeria and see with their own eyes what Shell has done.

In August 2011, the United Nations Environmental Program (UNEP) launched a report about oil pollution in Ogoniland, in the Niger Delta. UNEP’s report was harsh on Shell—for instance, it reported on the inadequacy of Shell’s previous halfhearted clean-up efforts, stating that “the difference between a cleaned-up site and a site awaiting clean-up was not always obvious.”

UNEP concluded that the maintenance of the Shell infrastructure “has been and remains inadequate” and calls for a $1 billion starter fund for clean-up in the Ogoniland region to be contributed.