Setting the Stage for Environmental Protection From Fossil Fuel Extraction 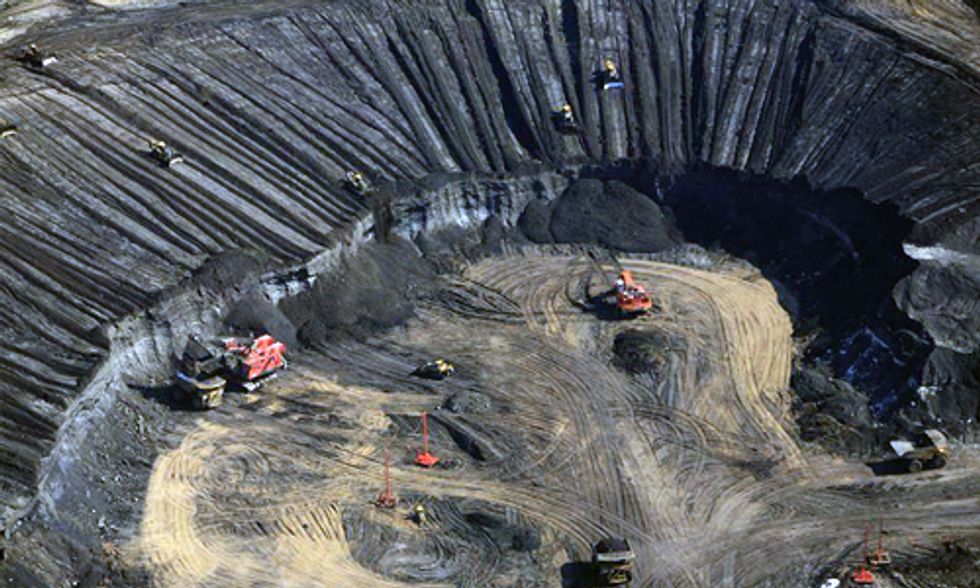 Act 13 was, without a doubt, an incredible overreach and giveaway to the gas drilling industry. Supportive legislators are quick to acknowledge that the industry helped them write the legislation. Displacing local zoning and providing automatic waivers with minimal environmental protections are among the many giveaways the law provided.

While for years the environmental community has looked to the promise of Pennsylvania’s constitution and its promise of “pure water,” “clean air” and “preservation of the natural … environment” the fulfillment of that promise has always remained unfulfilled by our legislature and the courts. So much so that when the Delaware Riverkeeper Network included it as a cornerstone of our attack on Act 13 in our recently won legal action, many in the community derided us as wasting our limited legal briefing space.

The Pennsylvania Supreme Court’s Dec. 18, 2013 decision vindicated the importance and power of the Environmental Rights Amendment of the Pennsylvania Constitution; it promised all generations of Pennsylvanians that they will benefit from pure water, clean air and a healthy environment, giving them the ability to defend that right in the courts if it is violated.

The power of the Supreme Court opinion should extend far beyond the issue of shale gas development and the boundaries of Pennsylvania.

"[T]he Supreme Court has done the commonwealth a great service by reinvigorating the environmental protections that are wisely enshrined in the Pennsylvania Constitution." - Philadelphia Inquirer Editorial, "Tapping Breaks on Gas Giveaways" 12/26/2013

Rather than recognize that the State Supreme Court rendered a sound, solid, protective and honorable decision worthy of the historic stature it has been given (“This may one day be seen as the most important environmental decision ever written by an American jurist,” Pittsburgh Post Gazette, Op Ed by Bruce Ledewitz, Dec. 26, 2013), the Corbett Administration and the PA Department of Environmental Protection head, Chris Abruzzo, are wasting more time, money and resources to try to revive and defend Act 13. By filing their insulting request for reconsideration to the Court, not only are Corbett and Abruzzo wasting resources, but they are bringing shame upon their own heads defending an unconstitutional law designed only to benefit an industry seeking to make big profits on the backs of Pennsylvania’s people and environment.

The Supreme Court decision should and will inspire a new generation of environmental protection in Pennsylvania—inspiring strong legislation by newly emboldened and empowered legislators, and supporting strong litigation when industry dollars are used to drive bad legislation and bad political acts.

But it should also inspire other states, and even the federal government, to construct their own social contracts promising pure water, clean air and healthy environments for present and future generations. As Chief Justice Castille so eloquently described, Pennsylvania’s Environmental Rights Amendment was inspired and overwhelmingly supported in the wake of, and in response to, the environmental devastation of the coal industry and others.

The fossil fuel industry is spreading renewed devastation today—shale gas development, Bakken oil, tar sands oil—all bring with them a heavy burden of devastation, polluting our water, air and soils, contaminating precious water supplies, clearing forests and jeopardizing the safety of our communities. Nuclear power is killing fish by the billions and consuming valuable water. Coal mining and its mountaintop removal continue to fill and destroy natural ecosystems and harm communities. There is plenty of justification today to inspire a nationwide, even worldwide, call for Pennsylvania’s promise of environmental protection for all.

Let’s use the wisdom of the Pennsylvania Supreme Court justices to inspire protection that will span the nation and span the generations.

…a right to clean air, pure water, and to the preservation of the natural, scenic, historic and esthetic values of the environment. Pennsylvania’s public natural resources are the common property of all the people, including generations yet to come. As trustee of these resources, the Commonwealth shall conserve and maintain them for the benefit of all the people.