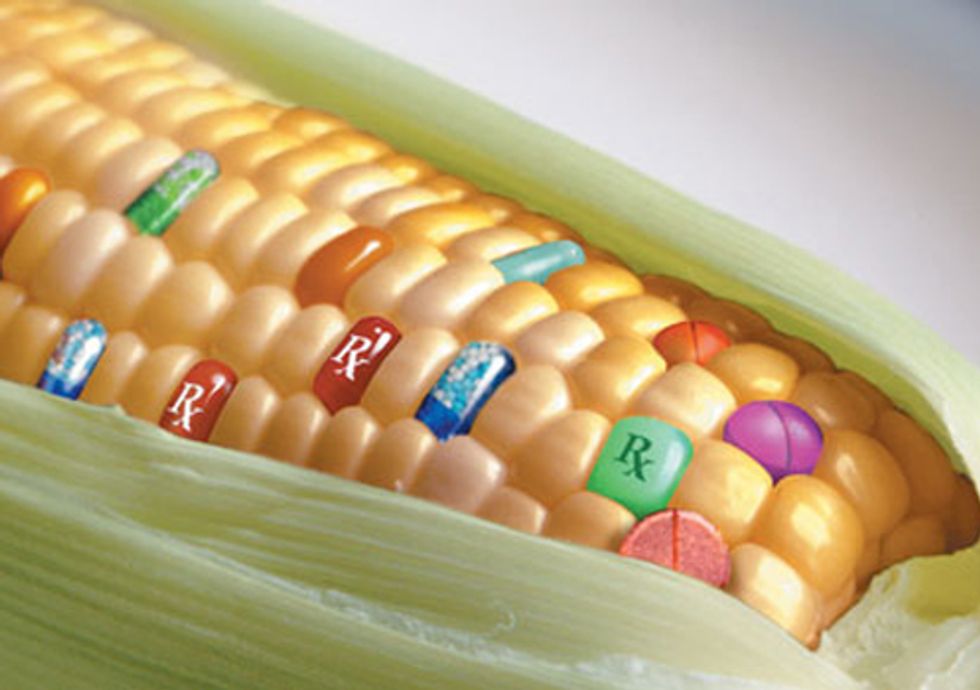 Monsanto’s marketing efforts would have you believe that its product line—centered around genetically engineered (GE) seeds and the chemicals used to grow them—is a silver bullet to addressing the world’s food and agricultural challenges. And this sales pitch has been extremely effective—so effective, in fact, that even well-educated elected officials, anti-hunger advocates, and everyday people often assume that such an approach is the only option to prevent hunger, reduce pollution, and adapt to climate change. These misconceptions in turn drive important policy decisions, including research priorities and allocation of taxpayer dollars.

The Union of Concerned Scientists’ Eight Ways Monsanto Fails at Sustainable Agriculture rebuts these myths and demonstrates that the company’s practices are actually holding back the development and expansion of better, cheaper, science-based ways of achieving results for farmers, consumers, and the environment.

But we don’t have $120 million to spend on lobbying and PR efforts like Monsanto does to help us get attention to this critical issue—and that’s where you come in. We need your help to set the record straight on Monsanto and its products’ shortcomings, and give sustainable agriculture a fighting chance. Help change the conventional wisdom, one tweet or Facebook post at a time. And if you're not on Twitter or Facebook, you can help spread the word here.

Monsanto's RoundupReady and Bt technologies lead to resistant weeds and insects that can make farming harder and reduce sustainability.

Roundup resistance has led to greater use of herbicides, with troubling implications for biodiversity, sustainability and human health.

Engineered genes have a bad habit of turning up in non-GE crops. And when this happens, sustainable farmers—and their customers—pay a high price.

Monsanto's emphasis on limited varieties of a few commodity crops contributes to reduced biodiversity and, as a consequence, to increased pesticide use and fertilizer pollution.

Monsanto's single-minded emphasis on GE fixes for farming challenges may come at the expense of cheaper, more effective solutions.

Monsanto outspends all other agribusinesses on efforts to persuade Congress and the public to maintain the industrial agriculture status quo.

By creating obstacles to independent research on its products, Monsanto makes it harder for farmers and policy makers to make informed decisions that can lead to more sustainable agriculture.

8. Falling Short on Feeding the World

Monsanto contributes little to helping the world feed itself, and has failed to endorse science-backed solutions that don't give its products a central role.

Got other ideas for how Monsanto fails at sustainable agriculture? Tweet your response with the hashtag #MonsantoFail.