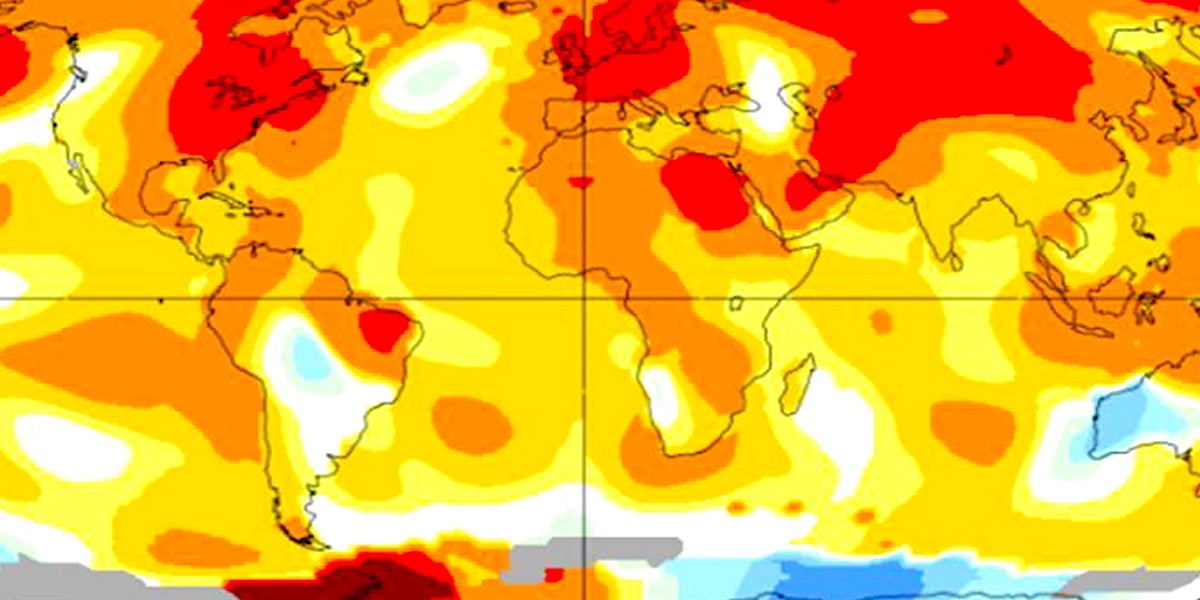 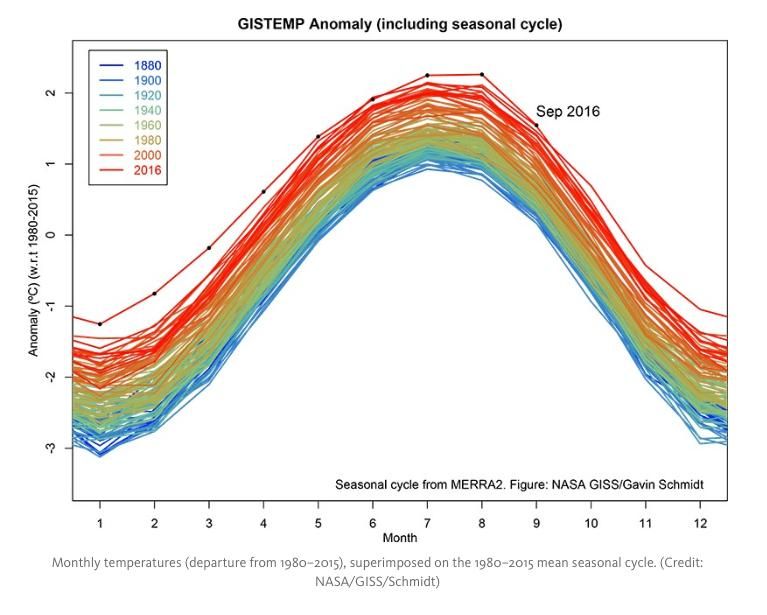 NASA’s Gavin Schmidt said it “seems locked in” that 2016 will be the hottest year ever with temperatures approximately 1.25°C above the late 19th century average.